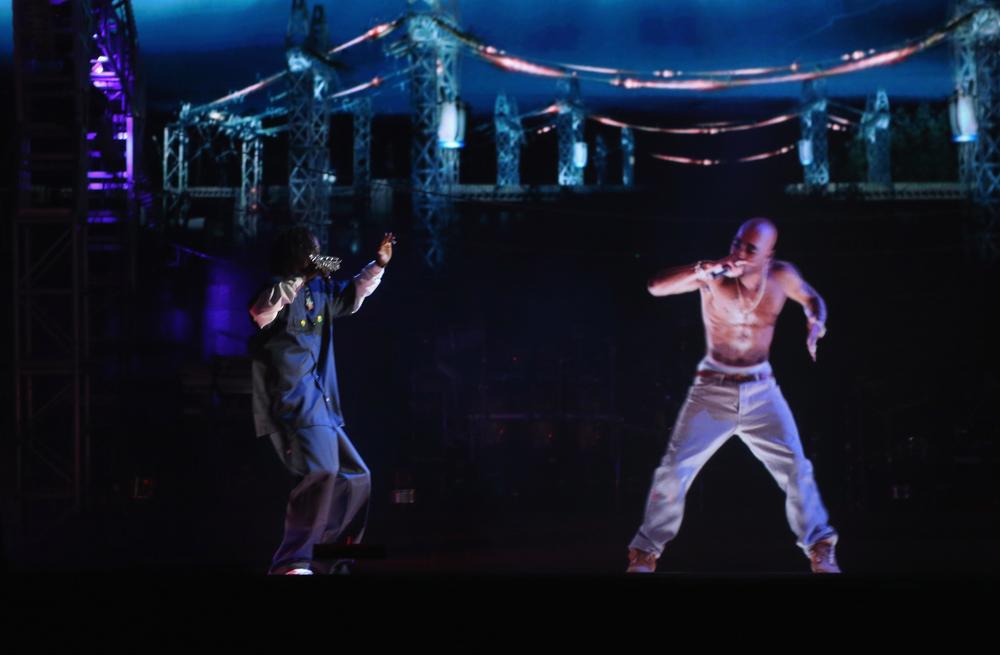 © 2022 Flickr - XMoney
With the upcoming releases of the world’s first smartphone with 3D capabilities, Softbanks’s emotionally intelligent robot, and even a tic-tac sized holographic smartphone chip, technology appears to be becoming surprisingly life-like all of a sudden. So we delve into the best moments of ‘holographic’ technology, which is seemingly able to create whole new characters, allow people to be in two places at once and even bring back the dead.

And the deception doesn’t stop with just the optical illusions. The term ‘hologram’ itself has become widely overused, and despite our dreams, sadly nobody on this list is as pure as a pleading Princess-Leia. Instead, modern ‘holograms’ are based on sixteenth century science called ‘Pepper’s ghost’, but with much more advanced technology. The optical illusions are created by beaming an image from correctly angled DLP projectors (similar to the ones you’ll find in a cinema) onto a reflective, metallic screen at a 45 degree angle. And if you think thats hard to get your head around, then wait till you see the science in action below.

Most realistic award goes to Tupac’s digital resurrection at Coachella 2012, 16 years after his death. Its been two years and we’re still just as amazed.


Will.I.Am's unexpected interview on the presidential election which can only be described as weird (well, it is Will.I.Am):


The purely virtual band ‘Gorillaz’ performing live at the EMAs:


Mariah Carey, unable to be in two places at once, sent a clone of herself to perform christmas carols instead, who was arguably more interactive than the real thing, managing to engage with both the back-up dancers and audience. Please Science, no more Mariah’s:

And it wouldn’t be right to put anyone other than Princess Leia herself as our final favourite holographic moment, so enjoy:

But how do you feel about these scarily believable figures? Does their indecipherable artificiality mark a technological triumph or is it all going a bit too far?
Share with
Cancel