It's The First For BlackBerry Afterall! 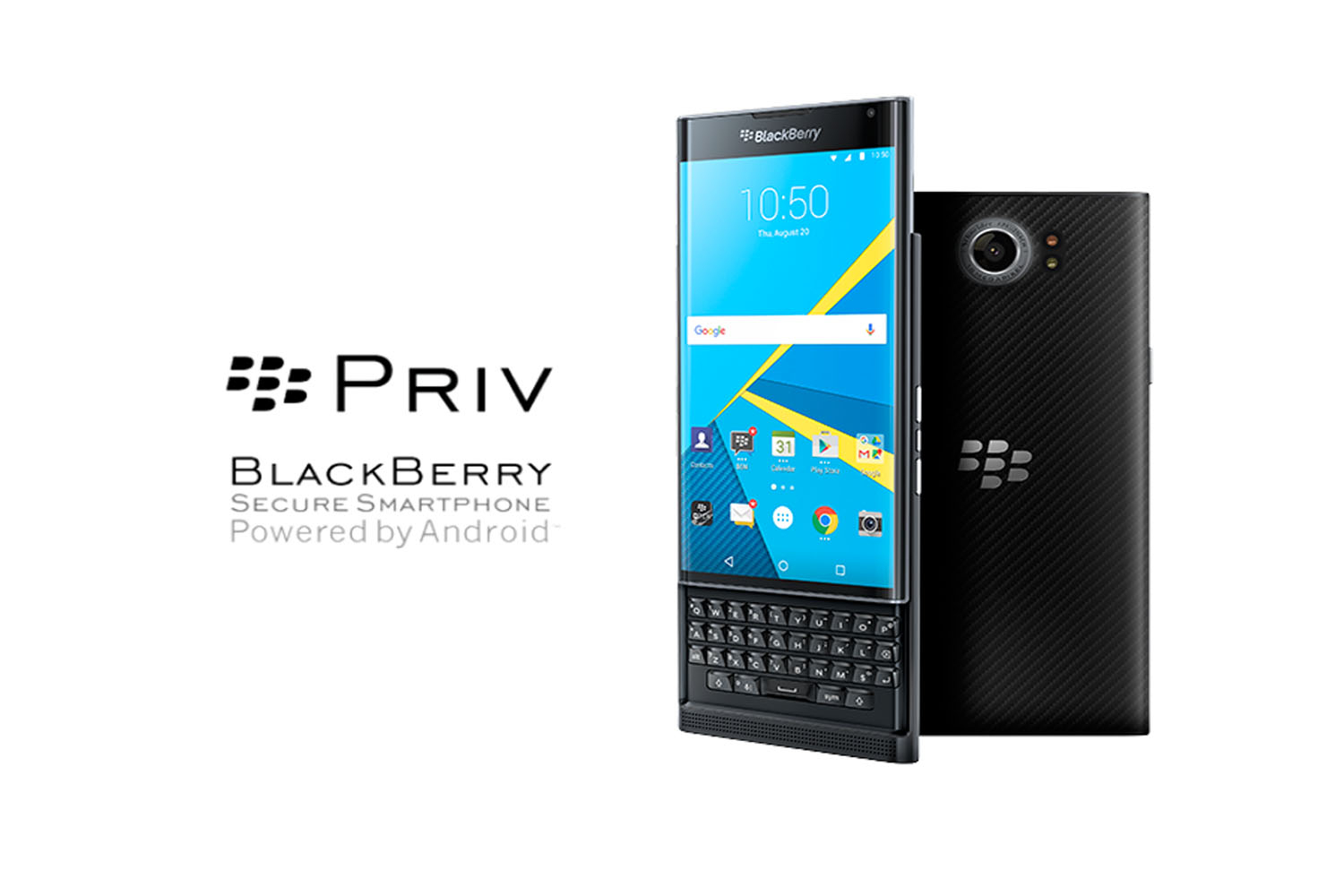 Believe it or not, there was a time when smartphone battles were between the fruits: Apple and BlackBerry. Unfortunately, no matter how good the tech offerings BlackBerry had in the past, their failure to play the app-producing game made them unqualified for the new competition. Soon enough, Android replaced it at the race.

Now, years later, BlackBerry is teaming up with the same OS which pushed them near extinction by releasing their newest flagship: The Priv which runs on Android. Admittedly, the company knows that this is their last card to play. If this venture of producing a smartphone running on their former competition's OS is the answer to their need to rise again, then we shall see! First let's get to know Priv:

1. Why Priv?
Its name is particularly unique and BlackBerry says that it stems from the fact that it provides the "privacy" each user need. Unfortunately, they also say it comes from privilege which needs a bit more explaining if you ask us. Does it mean you're particularly priviledged once you own one of these things? That's something we hope will be shed light for us soon enough.

2. What's up with the Keyboard?
Well, BlackBerry had its reputation to fulfill afterall, and that's being the best producer of the QWERTY keyboard. The physical keyboard in an Android phone is particularly great with all the tricks that comes along with it. In fact, you can just swipe the keyboard and the amazing features of it will unfold.

3. How much does it cost?
Well, to be honest the Priv is pretty expensive. At $699, people will definitely raise their brow at such steep price. But BlackBerry is known to delivery great quality for every phone in the past so the Priv might really be worth every cent, it's the company's supposed saving grace afterall.

4. How's the camera?
In the world of selfies and phone photography, a smartphone should always be equipped with a good camera and the Priv delivers just that. With an 18MP sensor, it provides great photos even in low light. Although it can be a bit slow in HDR mode, this one is definitely the best camera in a Blackberry so far.

5. Does it run smoothly on Android?
As of today there are still a few fixes that needs to be addressed but it's not something that cannot be taken care of. With a few minor bugs here and there which will be squashed after a few updates, the Priv will definitely show us its greatness in a few more weeks. Besides, we should cut it some slack, the BlackBerry is still slowly adjusting to its new Android buddy.

6. What's the take on the overall look?
At a 5.4 inch and an edged screen, it is one of the most elegant looking body among the smartphones in the market. It is designed for a good grip and the slider delicately moves to perfection.

7. What sets it apart?
For starters, the BlackBerry flavor they injected to Android-run Priv is really good. It runs on Lollipop with a few distinguishing apps and features for BlackBerry to own it. The privacy software, which the company is proud of, called DTEK is an amazing innovation on its own making sure your security is at the topmost priority. There's also the BlackBerry Hub which integrates all your messages, but might be hard to get accustomed to at first.

Delivery of pre-orders are to start today and soon people will have their hands on the anticipated Priv. The Priv weighs 192g due to its 3410mAh battery, powered by a 1.8GHz 64-bit hexa-core Qualcomm Snapdragon 808 processor, supported by 3GB RAM, 32GB of storage and a microSD slot. It's a new contender in the Android arena and soon enough we'll see if BlackBerry will withstand the new challenges it faces.