Home > News > A Gamer’s Glory: The Smartphone Wet Dreams Are Made Of 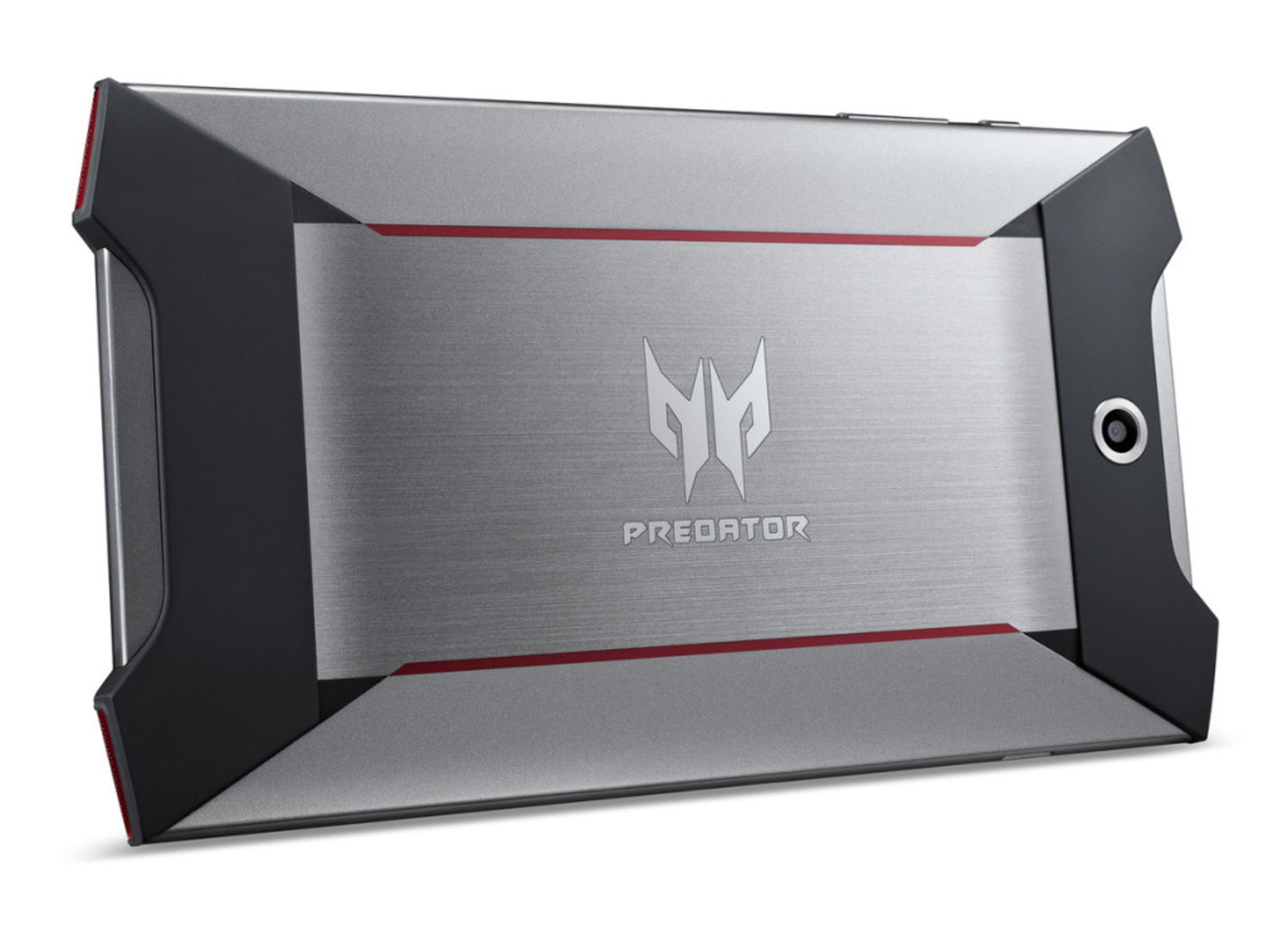 That’s right, I said it. I regret nothing. Because this smartphone is the MOTHER of all smartphones.

And when I say surprise, I mean genuine, actual surprise - none of this “surprise party” nonsense but the kind of happy surprise you feel when you magically find an extra piece of cake in your refrigerator at 2am on Tuesday night.

So let me introduce to you this very moist piece of tech cake: Acer’s Predator 6 (it even sounds sexy, like rawr, smartphone, rawr).

So far, they’ve managed to keep a lot of the specs underwraps, even after announcing it today. However, this is what I can tell you about this lean, mean, multi-media machine: it has a 6-inch HD display (the mother phablet) and it runs on a currently unspecificed MediaTek deca-core (WHAT, WHAT IS THAT EVEN, HOLY CRAP THE FUTURE) processor, with 4GB of RAM (speak flagship to me, slowly…) alongside dual haptic feedback motors for all the rumbles, which basically means that you will have the real gaming controller experience.

Take a minute and re-read all that goodness. Now you understand that cake metaphor.

For those of you not easily impressed, I’ll add the extra bells and whistles - four front-facing speakers, with some epic gamer black-and-red styling (that looks pretty identical to Acer’s new gaming tablet) and a 21-megapixel camera. Sony and crew better be worried.

Obviously, it runs on Android (it gives me lawls just thinking about it running on a Windows phone, but maybe one day).

As of now there is no pricing or release date, but I’m hyperventilating anyways. Acer is bringing sexy back.