A Health App for Smoking... Wait what? 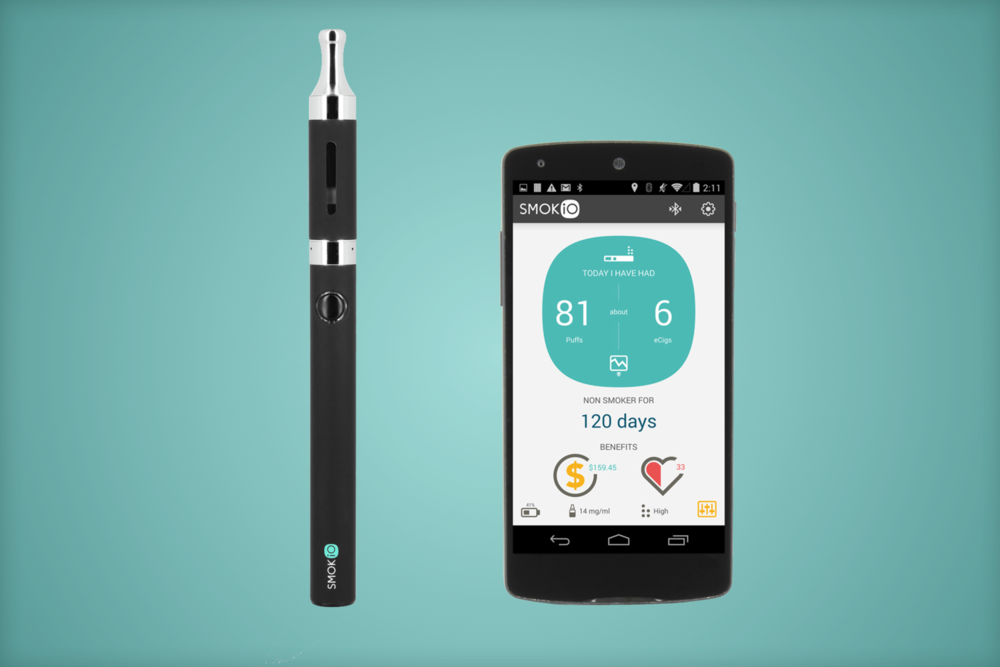 Apple, Samsung, Nike - everybody seems to be creativing devices and software to measure our health, and encouraging us to be healthier. So then you might be more than a little surprised to hear that there is a company which is creating a health app for smoking.

With a closer look though, this isnt a as preposterous an idea as it might first seem.

Smokio, a French company, isn’t encouraging users to smoke per se, but rather to vape. Jumping on the rising popularity of e-cigarettes, it is now marketing the world’s first “smart e-cig”. Complete with the slick marketing campaign of an tech start-up, the company is promising to create yet another new product category in the so-called ‘Internet of Things’.

The device itself works like the usual nicotine vaporizers which have become more and more common in recent years. Users breathe in a heated up concoction of a vaping mixture (often containing propylene glycol and nicotine) as an odorless mist and can recharge the device through a USB slot.

What sets Smokio’s device aside from others in the market, is that it can wirelessly connect to a specialised iOS or Android health app and log data on each individual puff the user takes. This data is then crunched within the app to provide the user with information on how much better off they would be than if they were smoking traditional cigarettes. Metrics include; vitals recovery, increased life span, and even how much money a user has saved over the course of his or her e-cig use.

Of course all of this depends on whether e-cigarettes (and in particular the compounds inside the vaping mixture) are actually better for you than regular smoking. While the jury is still out, science is more and more confirming the health benefits of vaping as a method of quitting regular smoking. Indeed, recently a group of prominent scientists have written to the World Health Organisation (WHO) suggesting that e-cigs should not be regulated as Tobacco products, as this would make it harder for people to use them to quit smoking.

Regardless, the Smokio e-cig, and its app, are yet another example of how almost any device, not matter how far-fetched, can have increased functionality through online integration. Who knows what will be next?