Home > News > A Mighty Phone at a Mini Price

A Mighty Phone at a Mini Price

Our first look review for the OnePlus One is here 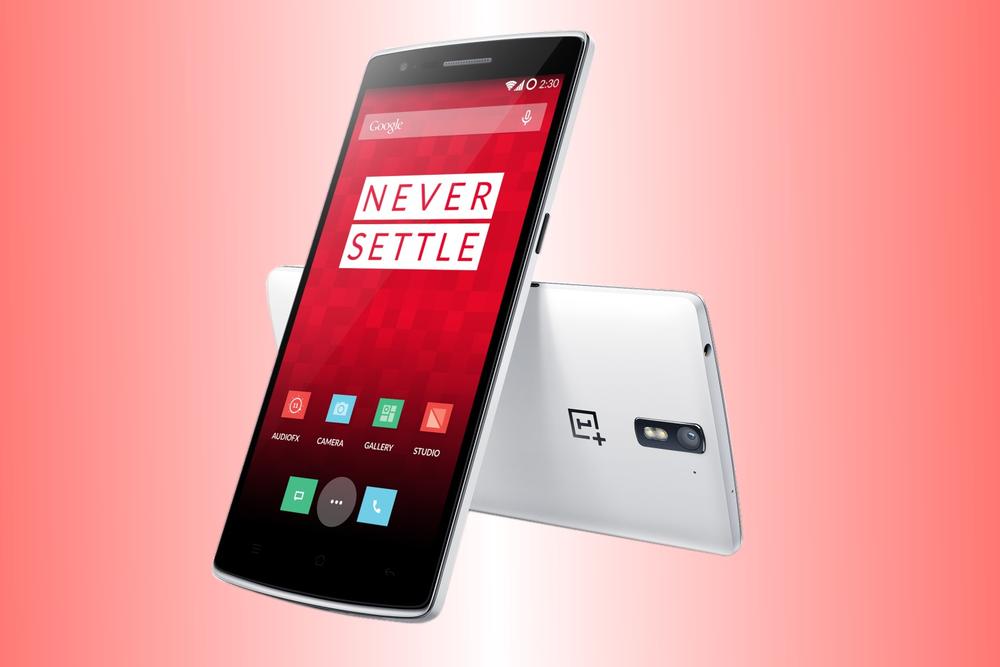 The announcement that took the tech world abuzz - the One: combining high-end specs with a budget 299USD price, it promised to revolutionize the mobile phone market. But does the product really live up to the hype? Read our first look review to find out.

The OnePlus One is an elegantly designed phone, bearing a striking (and some would say suspicious) similarity to the Oppo Find7. In terms of form, the phone features a polycarbonate back panel which a subtly curved surface. While not as grippy as the Galaxy S5, thanks to ergonomically shaped side bezels, we never felt like we were in danger of dropping the phone. This backpanel will be initially available in both black and white colorings, and is al fully removable. OnePlus has also announced the possibility for customers to swap to more interesting panel materials, such as denim, bamboo and kevlar, however we have yet to get our hands on them for testing.

With its 5.5 inch screen, the so-called flagship-killer continues the trend towards large screen sizes within the smartphone market. More phablet than phone, we found the device nonetheless possible to operate with just one hand, for most tasks. This, being said, female users, or people with smaller hands, may find themselves forced to use two hands, especially when composing messages. In terms of dimensions, it measures up at 152.9 x 75.9 x 8.9 mm and while weighing a mere 162g: heavy for a smartphone, but light for a phablet.

OnePlus is calling the One a ‘flagship killer’ for nothing: when it comes down to it, the phone is packed full of high-end hardware, with some parts even exceeding the recently-released Galaxy S5 for specs. Powering the One, is a Qualcomm Snapdragon 801 2.5GHz quad-core chip, which is the current favourite for high-end flagship phones. This power is then assisted by a huge 3GB of RAM, as well as an Adreno 330 576MHz GPU, specs which are almost identical to those of the Sony Xperia Z2.

Storage-wise the phone will be offered in two configurations: one model sporting 16GB of storage, and the other with an ample 64GB. Unfortunately, OnePlus has chosen to omit the inclusion of a micro-SD port to the phone, rendering users unable to expand their physical storage after the initial purchase of their phone.

When it comes to the display, the OnePlus once again fails to disappoint. Armed with a full HD 1,920x1,080 pixel screen, it can easily compete with all its major flagship compeditors. Through its use of an IPS display panel, it boasts excellent viewing angles and good performance in high-light conditions. At 401ppi the display is not quite as seamless as that of other competitors, and pixels may not be quite as sharp when compared to the proprietary screen technologies of Samsung and Sony. Despite this, these differences will only be noticeable to extremely observant smartphone users. 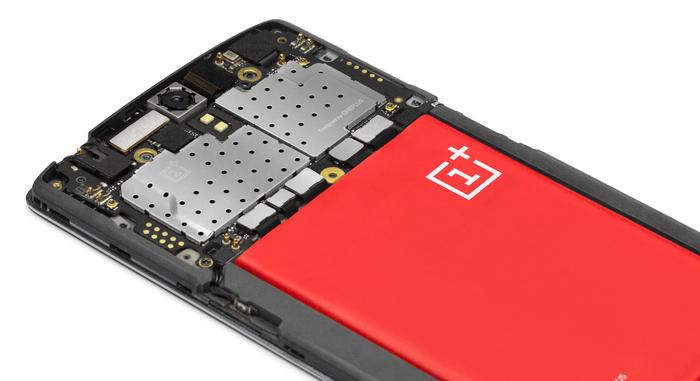 A huge phone like the OnePlus One needs a huge battery, and once again we arent let down. Sporting a 3100mAh LiPo battery, the One actually has a larger battery than both the Galaxy S5 and the Xperia Z2. With all this power, how does it perform? In out tests, quite well. While you should still expect to be charging every night, the phone was easily able to survive a day of mixed media use, including gaming, surfing, calling and taking photos. The only drawback is that this battery is non-removable, and cannot be swapped out at will.

Of all the areas in which the OnePlus performed more in-line with its price, the camera was the most noticeable. That is not to say that the smartphone’s 13MP front facing camera delivers bad pictures, indeed its Sony sensor, six-element lens, and wide aperture capabilities, consistently deliver a good performance. However, the phone just doesn’t quite take the stunning photos which we have become used to from competitors like Samsung, Sony and Nokia. Daytime photos are often overlit, giving them a slightly washed-out look, while colors - especially the sky - appear less saturated than wanted. Making up for this somewhat, the camera app provides a vast array of options for software post-production, including filters, lighting effects, and HDR.

On the video side, the phone is able to take Full HD 1080p video from both its rear cam, as well as a 5MP front facing camera for video conversations. For more intrepid users, the camera can also shoot at 60fps 1080p and 120fps at 720p in order to allow the filming of slow motion footage.

One the most talked about features of the OnePlus One is its use of the Cyanogen Mod version of the Android operating system. But what exactly is Cyanogen, and how does it perform on the One?

Fundamentally, Cyanogen is a variant of Android with considerable increased customizability. The OnePlus runs the 11S release of the operating system, which is based of Android version 4.4.2. Cosmetically, out of the box, the operating system closely resembles the original Android software, however, almost anything and everything can be changed to suit the whim of the users. To make this easier for users, OnePlus has created a theme store for their phones, enabling people to create, upload, share and sell their own themes. These themes can then be downloaded and implemented by users like you and me.

Among some of the more useful features of the OS are; the ability to use both soft (on screen) buttons and capacitive buttons off screen interchangeably and the ability to completely customize the draw-down status bar. In addition to this, users can add new gestures to the phone, which can be used even when the screen is dark. Finally, capping this all off, Qualcomm has provided the phone with the technology to have a always-on voice control function.

To sum up, the OnePlus One is a giant phone at a miniscule price. It features top-of-the-line hardware, including a lighting-fast processor, 3GB of RAM, and more than enough battery life. This, combined with attractive visual design and the innovative use of the Cyanogen Mod Android fork, makes the phone a capable all-rounder flagship phone. While some features are not as good as high end models released by competitors, this can be easily forgiven, when the launch price of the phone (299USD) is taken into account.