We have previously written at length about some of the leaks and rumours regarding the Amazon Fire smartphone. Now with the device finally officially debuted by Amazon, most of these assumptions have turned out to be true. With that in mind, lets take a look at the phone itself.

Simply put, the Fire phone is not a stand out when it comes to design. Resembling in many ways the long slab-like screen of the Galaxy S2 or some of the earlier iterations of the iPhone, Amazon is clearly not aiming to win any awards for design innovation. The most notable features of the phone on first glance are the 4 cameras located in the corners of the phone (we will get to their function later) and the absence of physical ‘back’ and ‘menu’ buttons on the phone’s front.

Similarly, the Fire does not pack any heavy punches when it comes to hardware. While not underpowered, the phone is nonetheless running a distinctly middle of the road chipset . The screen is a 4.7 inch IPS display with a 1280 x 720 pixel (315ppi) HD resolution, which does not feature unique “3D” abilities as was previously rumoured. Powering the phone is a Qualcomm 800 2.2GHz processor, 2GB of Ram and a 2400mAh battery pack.

Other hardware features include a 13MP front facing camera, as well as 4 infrared depth imaging cameras located in the four corners of the phone. In addition to this, the phone is equipped with Dolby Surround speakers, which should enable loud and clear audio playback. 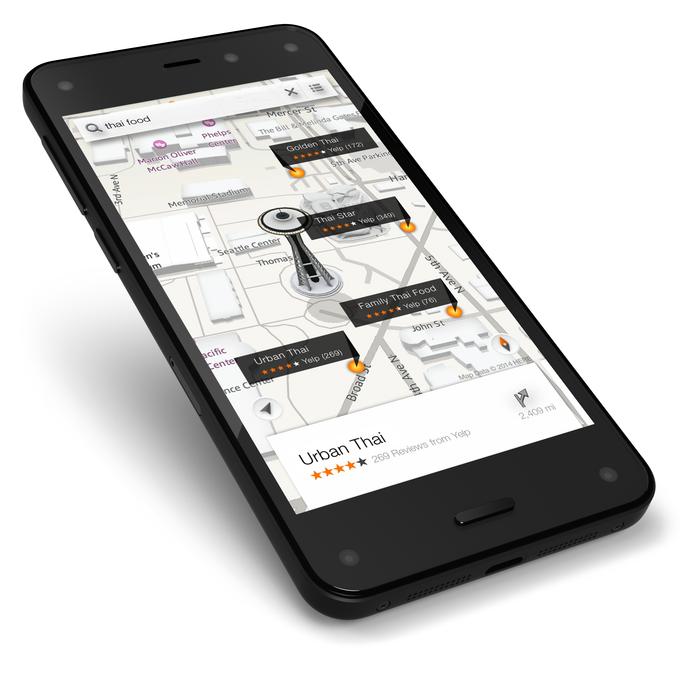 While these specifications do not make the Fire interesting, it is its unique software capabilities which make it truly innovative. The most interesting of these, and indeed the one Amazon spent the most time discussing at its keynote, was its Dynamic Perspective 3D effects. While this technology is not true 3D in the sense that it is not a hologram, and the image in not actually projected in depth, it gives viewers the sense that they are viewing images in three dimensions inside the phone screen.

To make this possible, Amazon implements the four infrared depth-sensing cameras we spoke of earlier, to determine the position of a user's eyes at any given time. With this information, the phone then approximates what angle the user is viewing the phone from, and then displays an image which moves with the users eyes, using an optical illusion to give them the impression they are viewing a 3D object. 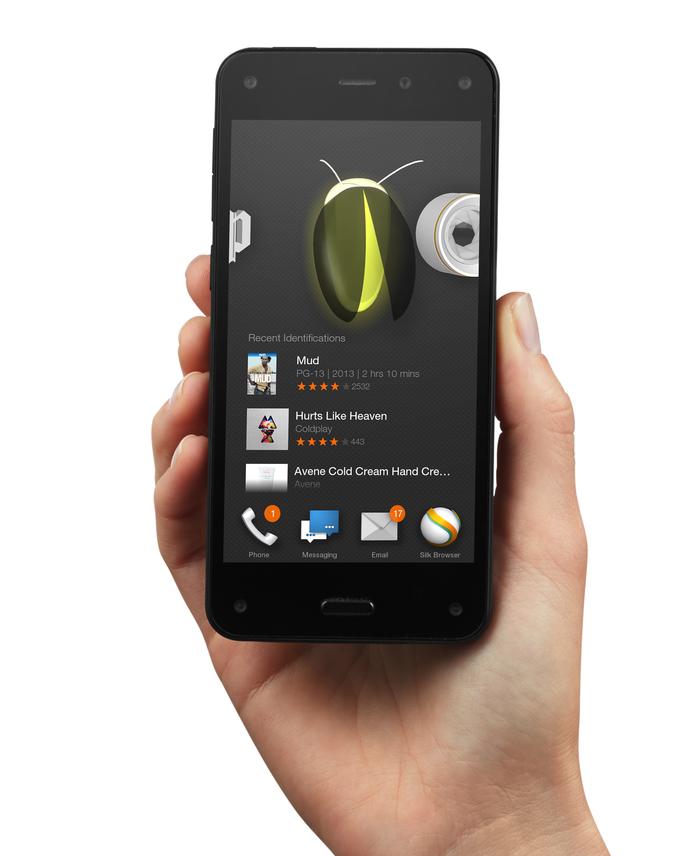 Another interesting software feature of the Fire is Firefly. The program allows a user to view objects with the phone’s camera, and then find out if it is listed on Amazon. Such a feature could revolutionize online shopping by giving customers the ability to easily determine where a product is available should they see something which interests them. It shows one of the ways which Amazon is trying to bring its e-Commerce expertise to a mobile device, by seamlessly integrating shopping into the user experience.

A final unique element to the Fire phone is Amazon’s so-called ‘MayDay’ service. This feature enables users of the phone to have access to round the clock, 24/7 365 days a year technical support. This support comes in the form of dedicated consultants who are there to help a user with any problems which they may be having with the phone or any other Amazon products on offer.

The Amazon Fire will initially be offered in 2 models, one with 32GB of storage, and the other with a larger 64GB. Upon release, the phone will be exclusively available for $199 on an AT&T contract in the United States. One of the major benefits of this contract is the inclusion of membership to Amazon’s Prime service, which gives the user access to a vast array of media content.

With all the in mind, the question remains, will all of these features really be enough to give Amazon a kick start into their entry into the smartphone market?