Home > News > AMD vs Intel: Which gaming CPU should you choose?

A comparison of AMD and Intel gaming CPUs

The central processing unit or CPU you use for gaming should be considered well. The CPU is responsible for carrying out various instructions that are necessary for keeping a game moving. You’ll need a unit that can handle many functions and commands with ease. The good news is that you can find many models from AMD and Intel. But what makes AMD and Intel different from one another? You will have to look at what makes these two companies different based on the CPUs that they have to offer for gaming purposes.

This report will entail many points on how AMD and Intel gaming CPUs are different from one another. The two companies offer plenty of quality CPUs, but it helps to look at what makes the companies so distinct. The two have unique standards for how their CPUs are to be made. You’ll have to look at what makes each one different when figuring out what might work for you and how it can all function.

Most AMD CPUs don’t have them, but Intel does.

AMD does a better job with its drivers.

AMD does a better job with its drivers. The integrated graphics in a CPU can help, but you need the best possible drivers to ensure the AMD processor can work well enough. AMD’s CPUs do better with drivers thanks to the refined technology it uses in its Ryzen line. Vega graphics support is included in the Ryzen line. The Vega system provides careful threading efforts to ensure the data is processed evenly. The layout focuses on handling more instructions per clock and HMB2 support. HMB2 is a high-level RAM interface that allows more data to move through at a time. It is easier for the Ryzen series to process graphics information without being complicated or otherwise tough to review. 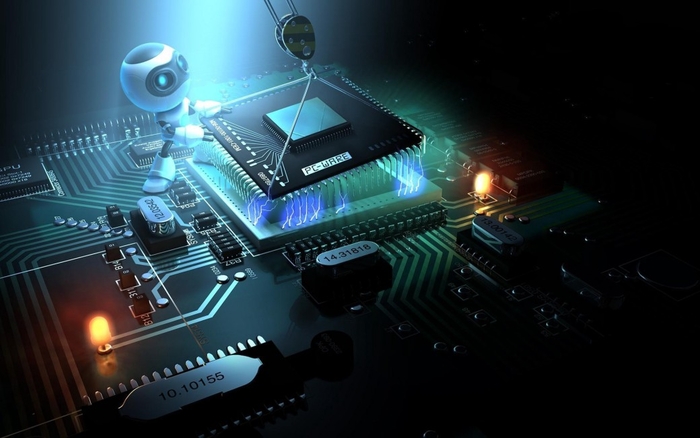 Intel has been improving upon its efforts in producing graphics drivers in recent time. The Embedded Multi-Die Interconnect Bridge or EMIB feature allows power to be shared between a processor and an outside graphics card. The design facilitates a better approach to handling data, although this would require you to use an outside card that is capable of producing better graphics results.

The cores in a CPU refer to how many individual channels can handle multiple functions. A CPU with more cores will do better for many high-end gaming functions. Intel has processors that come with 16 to 32 cores for some of the most intense programming functions. Meanwhile, AMD provides models that work at four to sixteen cores. Check your gaming needs accordingly to see what you’ll find.

In addition to the number of cores, the clock speed of the CPU is a key factor in determining the overall performance of the processor. The clock speed indicates how many processing cycles per second can be executed by a CPU, considering all of its processing units (cores). Also known as clock rate, processor speed, and CPU speed, the total clock speed is measured in gigahertz (GHz), with each gigahertz being equivalent to nothing less than one thousand million cycles per second.

AMD’s CPUs in its Ryzen series can be overclocked. There is not much of a difference between the standard speed and the overclocked speed though. A Ryzen processor with a speed of 3.2GHz can work at 4.1GHz.

You’ll have to look at the distinct compatibility of your CPU to see if it can work with your particular motherboard. You will not have this problem with an AMD model. AMD’s CPUs are backward compatible with all motherboards. A sixth-generation CPU can fit on a seventh-generation motherboard, for instance.

AMD charges less for its products.

You can find AMD CPUs to cost less than what you’d spend for Intel models. A seventh-generation AMD CPU can go for about $350. Meanwhile, a seventh-generation Intel model will run $400. The values can vary based on what you order for your use, so look carefully at what you might expect to find. An overview of the best CPUs of 2019 is available here.

Intel has big moves up its sleeve.

The future of AMD and Intel CPUs deserves your attention if you’re planning on upgrading your system in the near future. AMD will be working with its Zen 2 microarchitecture to produce added threading support for reading more content at a time.
Intel is looking to grow a little further and offer more appealing functions. The Ice Lake line of CPUs from Intel is expected to be a big deal, as the company is aiming to produce unique processors that can handle Wi-Fi connections and high-end graphics. The ability to support the Thunderbolt 3 connectivity system will be a huge deal for Intel in the future. The chances for Intel to grow and make its work more visible and attractive to people will be worth watching.

As appealing as the overclocking features on these CPUs can be, you’ll have to ensure the fans that you use are kept under control. The fans need to be comfortable enough to the point where the CPU will not potentially overheat and cause damage.

Intel uses a standard fan cooler for its CPUs. The company makes this to work at general speeds for cooling, although you should ensure the computer is kept in a comfortable environment. Excess ambient heat could be a threat.
A large heatsink may be recommended for cooling purposes regardless of which processor you use. An AIO CPU water cooler may also be incorporated in your effort if you prefer. The cooler provides extra help for keeping your processor under control without risking overheating.

In general, it would be easier for you to make the most out of the AMD series of processors for gaming. The AMD series is flexible, fast, and powerful while ensuring simplicity in your work.

But that does not mean Intel isn’t worthwhile. While you might have lots of standards to follow, Intel does provide quality models for your use.

Take a look at these models well enough when finding something that fits your processing needs. You’ll find plenty of things to love about what Intel and AMD have to offer. It does help to be careful when looking around at what is available though.

Stacy is a technology enthusiast by hobby and a research scholar by profession. She remains well updated about the latest state of the art innovations and is an avid follower of modern electronics hardware and software advancements. She works as a marketing manager at Free Safety Training.

Intel CPU comparison: Is an i9 processor better than the rest?

4K Has A Downfall