Apple Gives Back To Kids

Code.org and Apple team up to get kids coding! 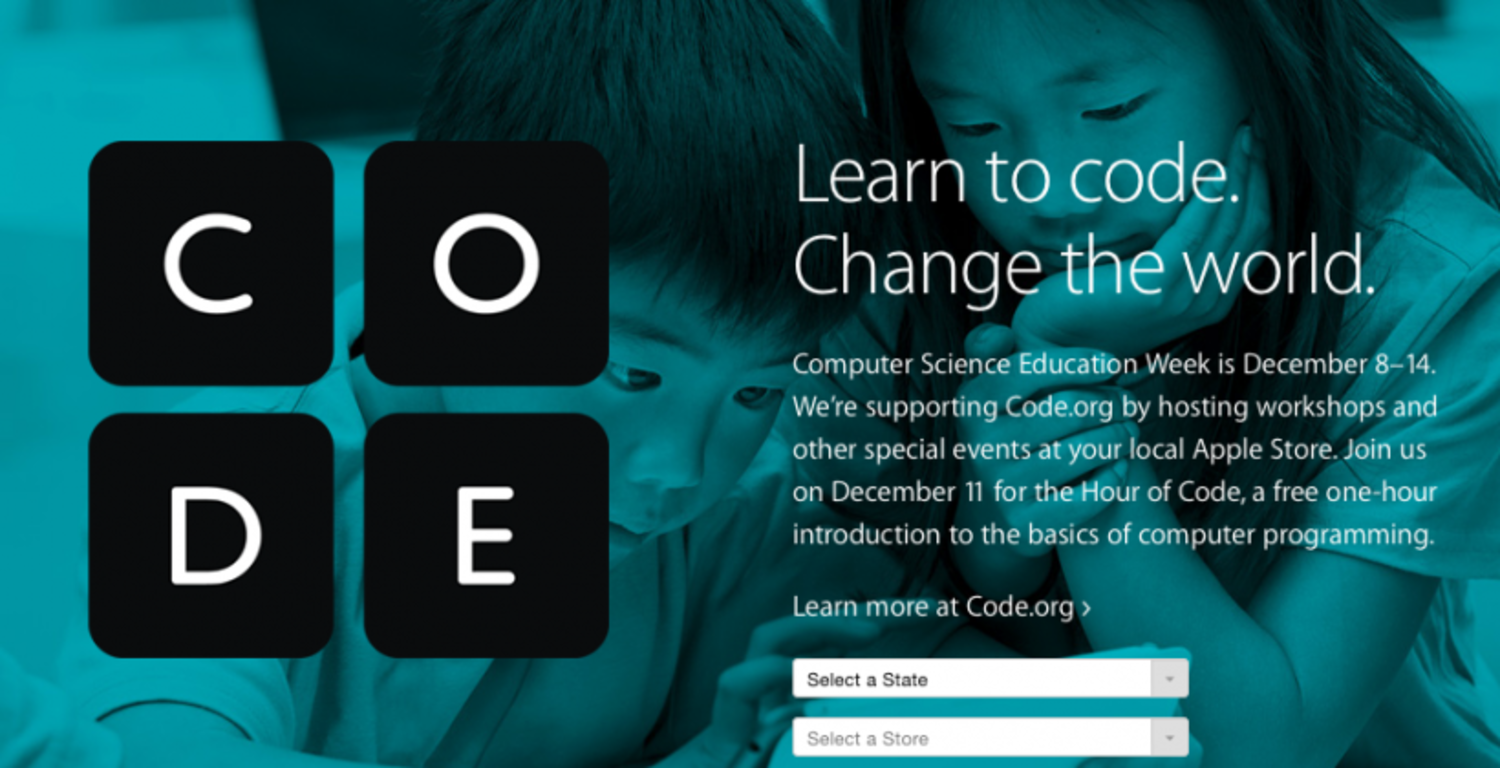 Apple will participate in the “Hour of Code” campaign, a free one-hour introduction to computer programming.

In support of Computer Science Education Week, Apple is hosting speakers, workshops, seminars and events from December 8-14. Apple will also participate in Code.org’s “Hour of Code” campaign, which is a free one-hour introduction to computer programming.

Code.org is a non-profit company that uses a variety of tools to ensure that children, especially girls and minorities, have access to learning how to program in school. They have currently reached over 50 million students, and they are hoping by the end of Computer Science Education Week, they will have reached 100 million students. To ensure this, they have partnered with huge tech names such as Apple and Microsoft, as well numerous other corporations.

Code.org is a non-profit company that uses a variety of tools to ensure that children, especially girls and minorities, have access to learning how to program in school.

Their campaign “Hour of Code” will occur December 11, in international and domestic Apple retail stores. The campaign has grown since it’s conception last year in 2013, when it was only available to U.S. locations. This year Code.org once again partnered with Apple for the “Hour of Code”, which specifically targets school children grades K-12, and has expanded their target audience to the whole world. This means that every single Apple store will participate in the 60-minute workshop on December 11. Already available on the iTunes store is a portal that lends tons of resources for kids interested in coding. For those interested and not a young person, Apple is also organizing events specifically for developers and engineers that will take place at select cities worldwide.