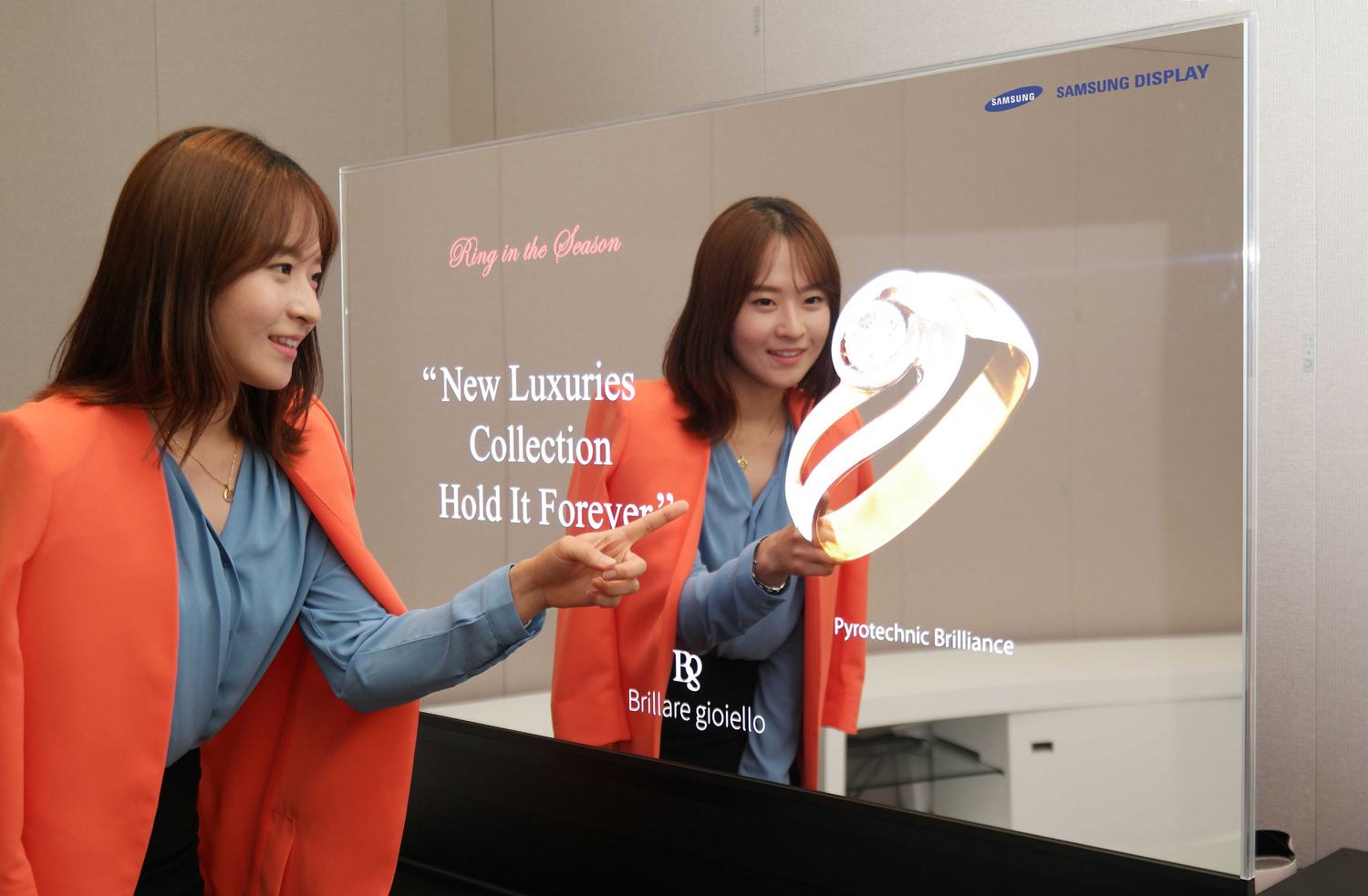 It will give everything a futuristic virtual feel in shopping malls.

Samsung is raising the stakes. The Korean company is improving its handle on the Augmented Reality market. The signs of the times points to a market swing in that direction with a lot of major companies taking the bait. Not to say that its a risky venture because developers are going all-in in bring the best AR and VR has to offer.

Samsung Display has announced the world’s first mirrored and transparent OLED display panels for commercial use. They were recently showcased in an exhibit at the Hong Kong Convention Centre.

The point of this thing according to the press release is to make the “consumers purchasing experience more visually engaging”. It will give everything a futuristic virtual feel in shopping malls. The technology will also pave way for customers to have a ‘fitting room’ of sorts where they can easily model clothing and jewelry before making the splurge. This will use Intel Real Sense; the technology behind it uses enhanced 3D cameras, voice, and gesture control to create a genuine augmented reality environment. Window-shopping is about to get hell of a lot cooler.