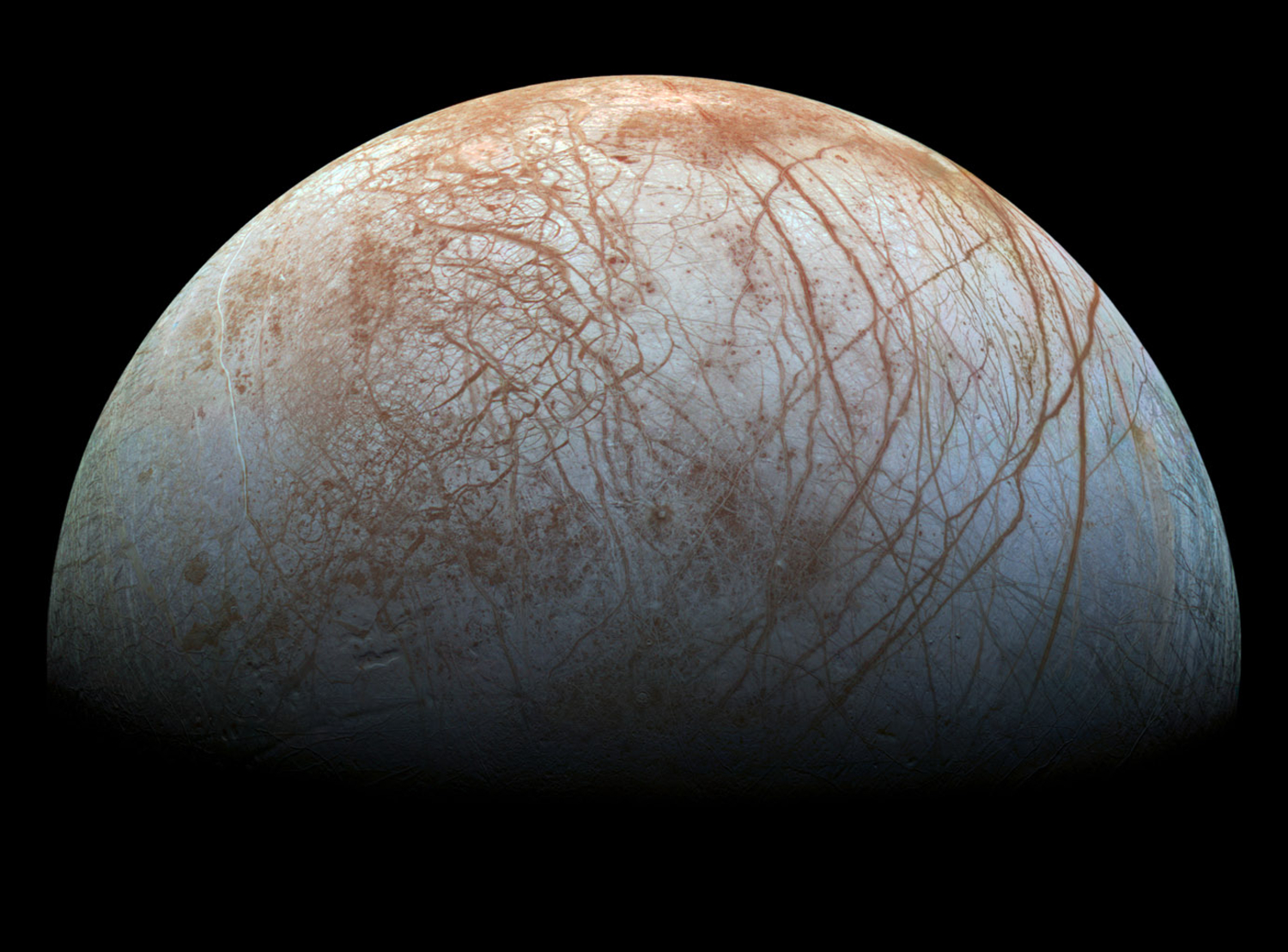 The atmosphere contains oxygen, and the smooth surface leads scientists to also believe that an ocean exists beneath the water-ice crust.

The sixth largest moon in the Solar System, Europa, one of Jupiter’s moons, is only slightly smaller than our own Moon. Currently scientists believe that it is made of silicate rock, with a water-ice crust, and an iron-nickel core. The atmosphere contains oxygen, and the smooth surface leads scientists to also believe that an ocean exists beneath the water-ice crust.

In 2014, NASA found evidence that Europa has plate tectonics, the only other place that we know of besides Earth. The tectonic plates would allow the ocean to remain liquid, which further supports NASA researchers. In fact, some researchers claim that they have seen water vapor plumes from the moon’s south pole.

If these theories hold true, Europa would help create the building blocks for life outside of Earth.

This Monday, during the annual State of NASA address, Charles Bolden said, “Looking to the future, we're planning a mission to explore Jupiter's fascinating moon Europa, selecting instruments this spring and moving toward the next phase of our work.”

If these theories hold true, Europa would help create the building blocks for life outside of Earth.

For the fiscal year of 2016, the White House has proposed an $18.5 billion budget for NASA, $30 million of which will be for the “formulation of a mission to Jupiter’s moon Europa”. All that is left is for Congress to approve it.

NASA is already in talks for the Europa Clipper, which would be developed by the Jet Propulsion Laboratory. The spacecraft would orbit around Jupiter, and near to Europa, and would include radar, and a topographic camera that could help determine whether the hidden ocean could indeed host life.

Whether or not the Clipper will come to fruition remains unknown, because other former concepts, like the Europa Lander in 2011, would actually allow a spacecraft to land on the illusive icy moon. Either way, the project won’t happen until the early 2020’s.