Clicking on links? Thats so yesterday...

Streamfully: A browser extension that extends your browser

While we write a lot about mobile apps, and their potentially endless uses, it’s rare that we find an exciting Chrome app. But find one we have…

Enter Streamfully, a new browser extension that literally extends how far your browser can see. With Streamfully installed, when you hover over a link, the app generates a preview of some of the content available on the next page you would reach, should you have followed the link. Effectively, this allows a user to see over the horizon generated by the webpage environment through the creation of another in-browser layer.

In practice, Streamfully works a little like this. If you were to go to the Versus.com homepage, and then hover over a story link, the box generated by the app would display content such as text and images from the story, as well as links to other stories within the orginal link. This can be seen in the image below:

However, ‘General Cybernetics’, the company behind Streamfully, hasn't stopped with showing just the next page’s content, but rather built smart learning algorithms into their software. This enables the app to slowly learn about what kind of content interests the user, and slowly optimise its results based on this knowledge, as well as the context in which it is being viewed. This, General Cybernetics hopes, will create a news delivery service which is “more conversational” than that which is delivered by traditional sites.

Currently the app is available for free on the Chrome browser app store, and the maker does not have any future plans to charge for the app. Instead they are releasing a separate ‘publisher’ version of the app, which websites can presumably pay to access, in order to promote their own content within the feed generated by Streamfully. It is also worth noting that the browsing and profile data created by Streamfully is potentially useful as a way to market targeted advertising.

While the app still has some issues, and doesn’t work well on every website, is it nonetheless an interesting attempt to try and improve the browsing experience. Give it a try! 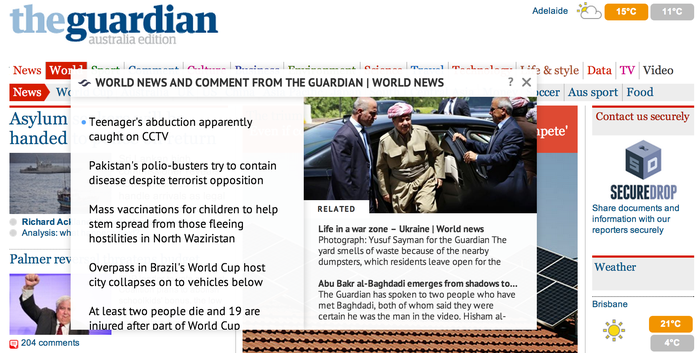