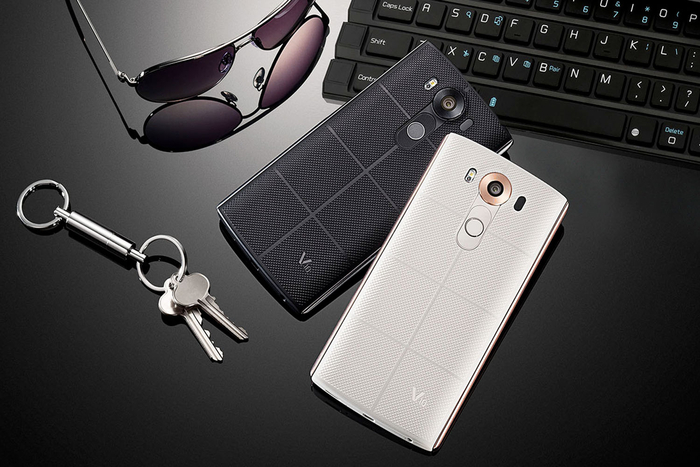 LG has been hard at work these past months after the absolutely phenomenal success they achieved from the G4. With an LG event taking place on October 1, of course, the rumor mill is also hard at work.

According to TENAA, China’s telecom regulator, and serial leaker Evan Blass, the newest device LG is cooking up will have two displays, both on the front.

Known as the V10, it will have a small secondary screen just visible above the main display. A secondary “ticker” display, apparently it will have five app shortcuts (Instagram, camera, email). Perhaps it will be used for other purposes as well, such as a few contacts, similar to the Edge display on Samsung’s Galaxy S6 Edge. It is likely the secondary screen will be touchscreen, but it hasn’t been confirmed just yet.

It’s also a blast from the past - if anyone can remember Verizon’s Samsung Continuum way back in 2010, it had a 1.8-inch 480 x 96 touchscreen just under the main display. Obviously, most of you won’t remember the Continuum, and that pretty much reiterates the fact that it was never a bestseller, so it’s interesting that LG is choosing to make a similar product while at its height of popularity.

If the additional screen won’t increase its popularity (which, in fact, I doubt it will) people will be happy to know the rest of the specs are identical to the G4.

We will be treated to a 5.7-inch display with an outstanding 1,440 x 2,560-pixel resolution or Quad HD. Additionally, it will pack a six-core Snapdragon 808 processor alongside 3GB of RAM and 64GB of internal storage that will be expandable. It will have a powerful 16-megapixel rear camera coupled with 5 megapixels on the front.

Just like all recent LG mobile devices, it will have its power and volume buttons on the back.

As for the rest, hopefully, it will become official on October 1 in New York City.