Home > News > Elon Musk Plans To Give Everyone, Everywhere An Internet Connection

Google’s Project Loon has nothing on this…

The digital communications revolution has had a massive impact in many parts of the world, transforming business and society as it gathers pace. However, despite its huge impact, there are many places which have been left behind. For the simple reason that they lack the infrastructure to provide fast, cheap and reliable internet, many areas of the world still live in an unconnected digital dark age.

This problem has prompted many of the brightest minds in the tech world to come up with their own solutions to this problem. Google, as well as many charity groups all have innovative goals to improve connectivity on the ground. This being said, the solution may be less down to Earth than many people have foreseen…

SpaceX CEO Elon Musk has confirmed in a series of tweets that he is working on deploying a large constellation of satellites in orbit around the Earth in order to provide complete internet connectivity. According to earlier reporting by the Wall Street Journal, this constellation would be made up of a massive number of satellites, rumored to number at around 700. These satellites are being developed in tandem with WorldVu founder Greg Wyler, a long time satellite industry expert. 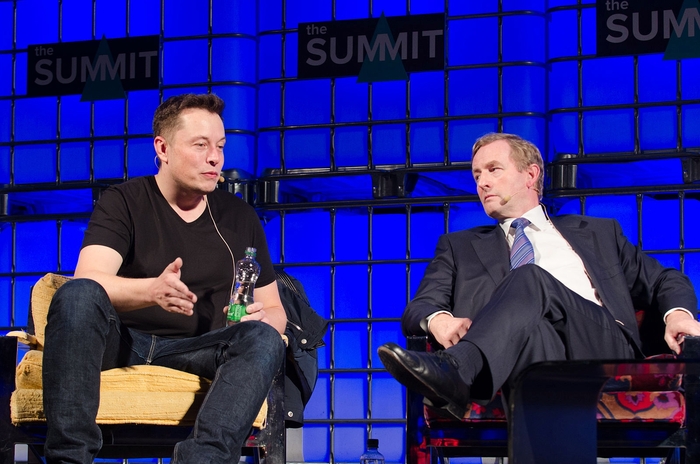 While this project is expected to be quite expensive (rumoured to cost slightly more than a billion dollars), the partners aim to keep costs down through two main courses of action. Firstly they want to create a production line of small, 250 pound satellites, which can be produced in a factory and benefit from economies of scale. Secondly, they plan to utilise SpaceX’s low-cost launch technologies in order to reduce the overall launch cost of each satellite.

Should the project succeed, Elon Musk hopes that it will be able to provide the entire planet with access to fast, but also “very cheap” internet. This would completely rebalance global communications and enable billions more people to connect to the internet as part of their daily lives.