SpaceX CEO plans to send humans to Mars by 2026

No-one could ever criticise Elon Musk for being unadventurous. With big companies like Paypal, Tesla and SpaceX under his belt, the real-life Tony Stark has just released his newest plan in a string of controversial statements: To take humans to Mars by 2026.

Confident about the validity of his claims, Musk hopes ‘that the first people can be taken to Mars in 10-12 years’ - as soon as a decade! And rather than a Virgin Galactic-style daytrip, the ever-ambitious CEO plans to one day transport his customers to a “self-sustaining city on Mars, to make life multi-planetary”. An interspace retreat that will be key for the future survival of humanity when disease or ruin breaks out on earth. But before you laugh, Musk is supposedly speaking some sense. Philip Metzger, physicist and planetary scientist at the NASA Kennedy Space Centre believes that Musk’s aims are actually “completely feasible. No miracle inventions are required. No new physics. Just straightforward engineering and a modest budget for the development cost”; components the CEO already has well underway. The technology behind his new Dragon V2, which looks like its come straight out of a sci-fi cartoon, is a safe, reusable rocket and a key piece of the red planet puzzle. An essential part of affordable aircraft transportation is overcoming disposable spaceships. Flown by a crew of seven, the V2 can be rapidly reused up to 10 times before it needs servicing. 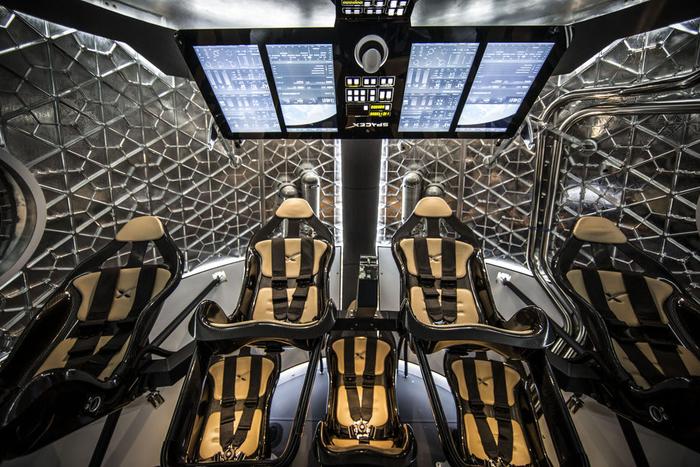 Reportedly planning to launch SpaceX on the stock exchange once they have more steady and predictable aims, the company is also keen to win a commercial crew contract with NASA. However, worth an estimated $9billion Musk can afford not to stress about financials, declaring that “we’ll do our best to continue on our own, with our own money” if NASA doesn’t go to plan. Like John F. Kennedy stated 50 years ago, “we choose to go to the moon in this decade and do the other things, not because they are easy, but because they are hard”, something Musk and his seemingly unstoppable ambitions are certainly sticking to. Unfazed by his pioneering Mars mission work, there is however one up and coming area that Musk does seem to be afraid of: Robots.

Back on earth, in an interview following his recent investment with Vicarious, a  start-up ‘bringing us all closer to a future where computers perceive, imagine and reason just like humans’, Musk appears eager to keep an eye on the dangers of industries that try to make technology imitate the human brain: “There’s been movies about this, you know, like ‘Terminator'… there’s some scary outcomes”. On paper, Musk could certainly qualify as border-line crazy. But if his previous triumphs are anything to go by, his insane visions will be the inventions of the future.