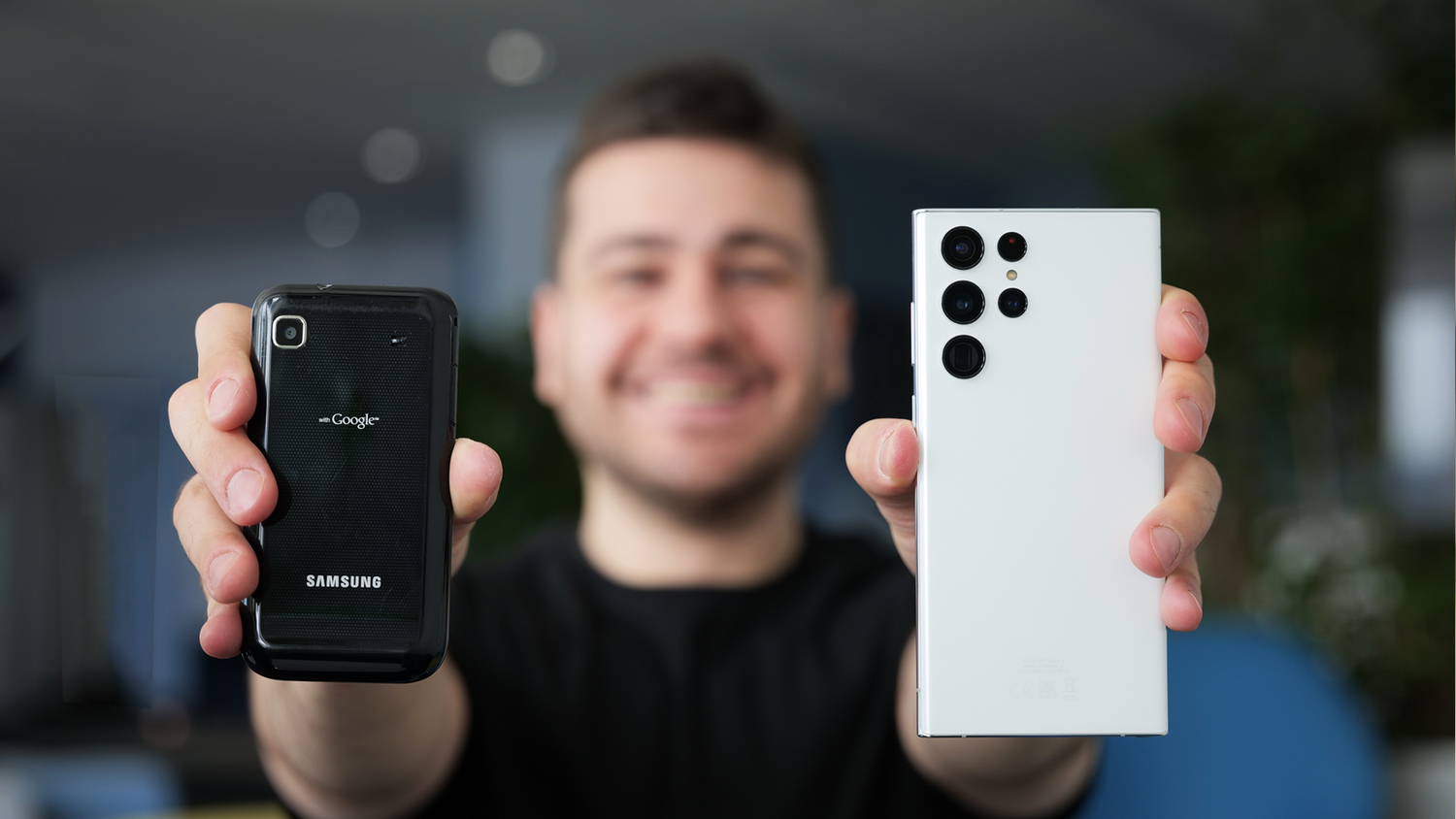 As you might know, the Galaxy S22 Ultra is the newest flagship of Samsung's Galaxy line which started way back in 2010 with the I9000, the first-ever Galaxy S phone.

But how much has the technology used improved? Did Samsung always use Exynos chipsets? How was the camera in the past? How does it all compare to where Samsung is today?

Find out all that and a lot more in our Galaxy phone comparison video below!

As you've seen in the video, the Galaxy S photos were quite a surprise for us. The 5MP single rear camera takes much better photos than we had expected it to. It does lack sharpness and contrast a bit, but not as much as you would expect of a 12-year-old phone.

The Galaxy S front camera on the other hand... well... it wasn't so great. Not even for 2010. The VGA selfie cam is definitely something we would pass on.

The videos taken by the first Galaxy S are also not that bad either... Even though it's only 720p, it was sufficient and looked great on the small screens of that era. Since it was never really meant to leave the phone and cross the phone-to-pc bridge, one would never really have the need for better video quality in 2010.

And what about zoom, you ask? What about stabilization? What about night mode? Well, not to be harsh, but... uhm... just throw them in the trash.

At that time, those features were at "the start of their careers" and were basically just unusable gimmicks. But, considering where they got us to today, we're still grateful that they existed, and, more importantly, evolved.

But how are things if we move away from the camera? How did the Galaxy S phone perform generally?

Believe it or not, the two phones take the exact same time to turn on, but besides that, it's been pretty hard to compare the two due to the original Galaxy S' outdated Android version. I mean, we couldn't even connect to YouTube.

We tried updating it, but we couldn't even log in to the PlayStore, leaving all apps unable to be updated. We were able to use Google Maps though, and this worked perfectly fine.

For more details on how the two phones compare, check out our Galaxy S vs. S22 Ultra comparison!