This one's a hardcore beauty

Google is calling the Nexus 6P the “most premium” Nexus device the company has ever made, and we know why; the full metal jacket makes this one sleek, high-end flagship.

One year after the sensational release of the Nexus 6, Google revealed the next-generation phablet, the Nexus 6P.

Although last year’s model was made by Motorola, this year’s is manufactured by the lesser-known Chinese brand Huawei.

Google is calling it the “most premium” Nexus device the company has ever made, and we know why; the full metal jacket makes this one sleek, high-end flagship.

It’s interesting the device retained its name from last year’s predecessor, which had a 5.9-inch screen. This year, the 5.7-inch display seems a bit small compared to the competition, but it also means it looks a whole lot more sophisticated and less bulky. In fact, the overall size has been noticeably reduced, it’s much thinner than last year’s variant, at 7.3mm, which is nearly 3mm thinner. It has a QHD resolution, or 1,440 x 2,560 pixels, which is pretty much industry standard for flagships these days.

It comes with everything we know and love for flagships these days.

Obviously, this design is incredibly classic, with a metal unibody that’s beautiful to gaze upon.

It comes with everything we know and love about flagships these days: it's powered by the octa-core Snapdragon 810 (because what else would it be powered by?) and it features 3GB of RAM, as well as an option of 32GB, 64GB, and 128GB storage size options. 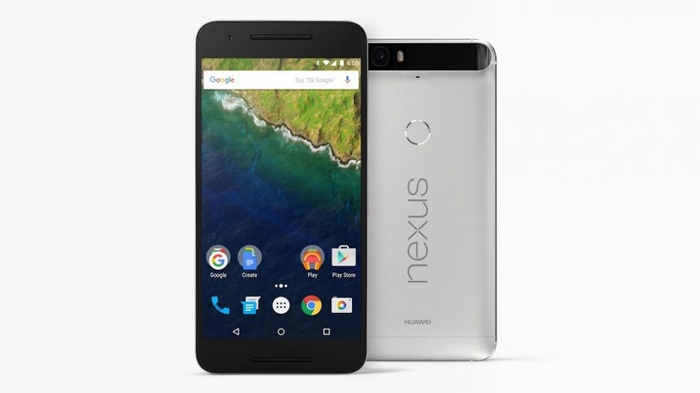 It boasts an incredibly impressive 1.55µm pixels and f/2.0 aperture Sony camera sensor that has 12.3 megapixels on the rear and is far faster than the Nexus 6 camera. It also supports 4K video and slow-motion video mode. Apparently, Google learned that 80% of all photos are taken in low light, so the 6P’s camera was created to ensure maximum lighting, which means all low-light images are excellent quality. As for the selfie shooter, it has 8 megapixels, with 1.4µm pixels and f/2.4 aperture, so it’s no slouch either.

It comes with the rest of the goods too: USB Type-C and fast charging, 10 minutes will power your device for 7 hours. It also has a fingerprint sensor, which makes sense because it’s debuting on Android 6.0 Marshmallow, which also happens to debut on the Nexus 6P. This time, though, the fingerprint reader is on the back.

It has an incredible battery, 3,450mAh, which is far better than most flagship batteries. Even better, one of the Marshmallow features is Doze, which gives longer battery life when in lower standby power use.

Huawei really outdid themselves – this mobile is incredibly sexy. Available in silver, black, and white (gold is in Japan only), it’s $499, $549, and $649, according to increasing internal storage sizes.