Home > News > Google's Giant Smartphone Is Out Next Week!

Google's Giant Smartphone Is Out Next Week!

Can The Nexus 6 be the king of phablets?

Google’s Nexus program has been one of its most successful to date. Over the course of the last year, the company’s Nexus 5 smartphone has gained a reputation as one of the best deals on the market. As such, the pressure was on Google to repeat this success with a successor device. But, as it was, Google had something a little different in mind.

And that something became the Nexus 6. In the last years the obvious trend in the smartphone market was towards huge-screened smartphones (also called phablets) which provide a user a much greater amount of screen space to work with. Such phones have been highly successful for Samsung, and now even Apple is getting in on the game. Within this zeitgeist Google decided the Nexus would have to go big or go home…. 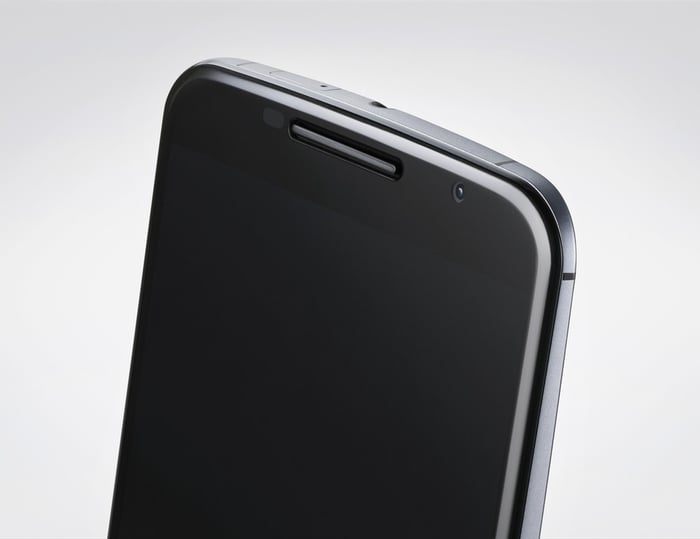 Built in collaboration with Motorola, this device is one of the largest smartphones on the market. It boasts a huge 5.96 inch Quad HD screen with a 1440x2560 resolution and a pixel density of 493 ppi. Powering this is some of the latest in high-end hardware, including a Qualcomm 805 Snapdragon CPU, Adreno 420 GPG and an ample 3GB of RAM. It is also built with a 3220 mAh battery which, combined with its pure Android system, should provide long battery life.

Form-wise the phone is in many ways a scaled up version of the new Moto X, as both devices were built with presumably the same design philosophy. It features the same gentle curving sides and sloping back panel, in addition to a metallic band which runs around the phone’s edges. As well, the Nexus 6 features a massive 13MP camera, which can shoot high definition footage at fast frame rates, as well as 4K footage at standard speeds.

As part of the Nexus program this phone will have the advantage of the being one of the first in the world to run the latest version of Google’s mobile operating system, Android L. This new version, also called Lollipop is being heralded by Google as its most important update yet. The largest change for most users will be the new Material Design graphical language, which creates an optical illusion of depth within apps. In addition, the software has improved voice controls, power management, and a multitude of other new features.

Now finally you too can get your hands on this massive new phone. But not convinced that its the right product for you? Then head over to our Versus product comparison page for the Nexus 6, and sell how it stacks up against the competition!