This little guy is revolutionising workplace robotics with his adaptability 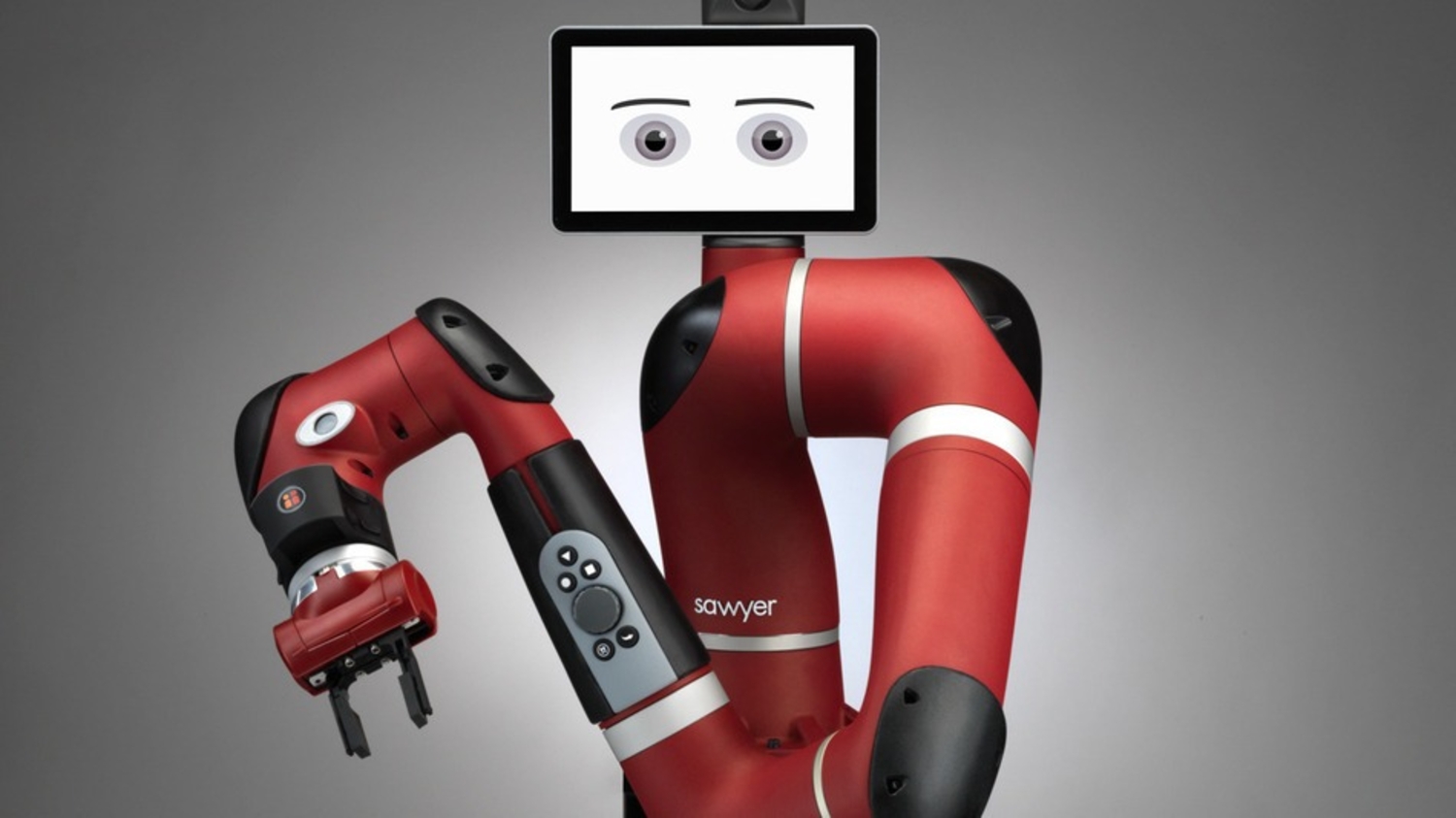 From Rethink Robotics, the makers of Baxter, the trainable robot which had two arms to complete basic, menial takes, comes the Baxter’s brand new brother, Sawyer.

What originally set Baxter apart was his friendly robot face, ability to adapt and learn to changing work environments and his relative affordability in the workplace robots industry. Baxter costs $22,000, and although he managed to do many things, Rethink Robotics invented Sawyer, his one-armed brother, to cover an estimated 90% of manufacturing takes that can’t be automated.

Sawyer also sports a friendly tablet face, but he’s better than his brother in plenty of ways. He weighs only 42 pounds, where his brother Baxter weights 165. Sawyer can carry up to 8.8 pounds, where Baxter can only handle 5 pounds. Although Sawyer manages an impressive 39-inch reach, Baxter manages a 41-inch reach. Baxter also has 14 degrees of freedom, and Sawyer only has 7, but it’s important to remember that Sawyer only has one arm.

Sawyer will cost $29,000, but will come with a camera and force sensors in the joints so that it can adapt to the work place conditions. The sensors allow Sawyer to “feel its way into fixtures and machines”. Similarly to Baxter, you can train Sawyer by moving his arm to the desired positions and gestures. Rethink Robotics is shipping Sawyer out this summer in North America, Europe, China and Japan.