They have been invented!

This week in Japan, one team managed to create interactive holograms that you can touch.

This is pretty amazing, and brings out the inner Star Trek fan in me. However, there is a main difference: in Star Trek, the force fields created a sense of touch, but in real life, in Japan, the Digital Nature Group used femtosecond lasers.

Basically, it’s a laser-induced 3D plasma (does anyone else read that in their best Dr. Evil voice?) that has also been used in aerial plasma 3D graphics before. But this is the first time that the plasma was created and didn’t hurt to touch. This is because previously, there was a lower resolution of femtoseconds and nanoseconds.

In order to ensure no pain, the image requires a reduction of laser bursts to higher resolution femtoseconds. 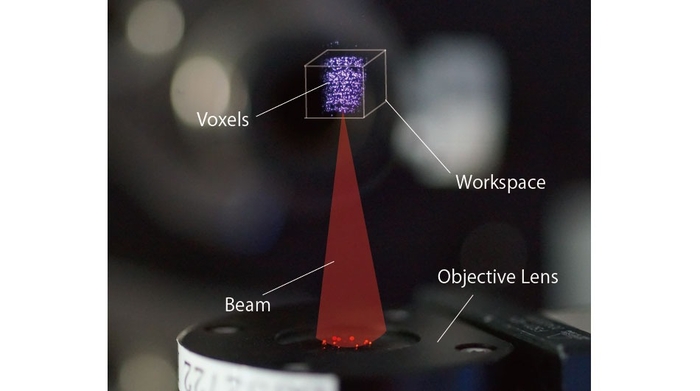 In the demonstration video, a finger clearly touches the holograms made of voxels (or, points of light which is emitted by plasma when the laser’s focus ionizes the air) safely. The video displays holograms including a heart, a star and a fairy. While all the images are three dimensional models of two dimensional images, and therefore a little disappointing - it’s easy to predict how far this can actually go.

While it’s not quite the holodeck of Star Trek with real touchable objects and subjects, obviously the possibilities are endless. For now though, they see the biggest benefit going to aerial holographic interfaces.

The super cool laser-based volumetric displays will be on display in August at the Siggraph 2015 exhibition.