You guys, you guys!!! The hoverbike is HAPPENING 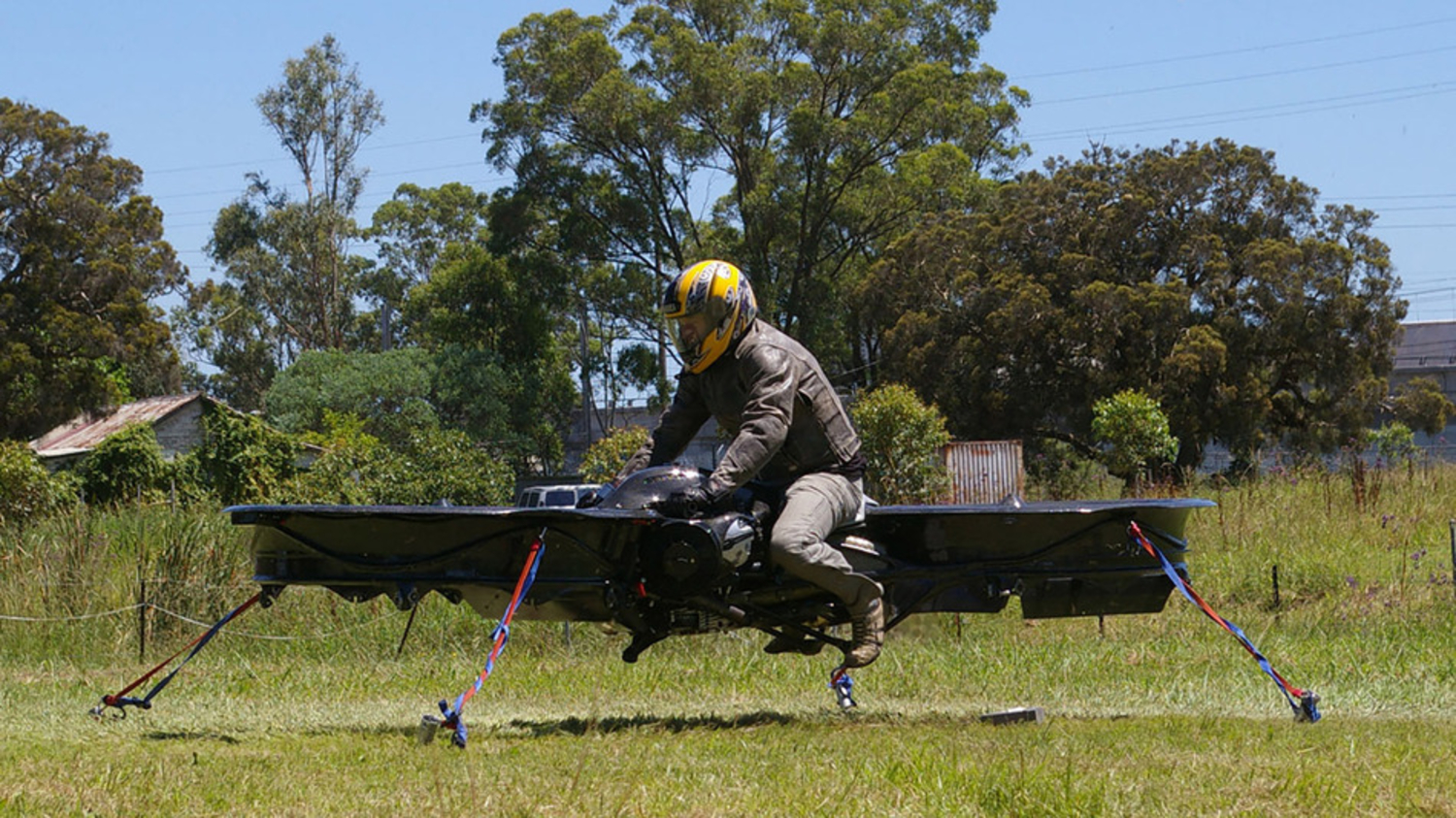 This is the most excited I’ve been in a tech product ever. This is literally a childhood fantasy come true.

I’ve always been way too scared to get a motorcycle, because duh, they’re incredibly dangerous. BUT THIS CHANGES EVERYTHING.

For the youngsters that grew up on Star Wars like myself, we all remember the speeder bikes that raced around Tatooine, hovering above the ground at crazy fast speeds.

NOW IT’S REAL: An amazing engineering startup in the UK called Malloy Aeronautics has done it! They invented a real life hoverbike! Naturally, (and unfortunately) it will make its debut within the US military first, but hey, commercialized vehicles aren’t out of the question yet.

The startup has also teamed up with Survice, an engineering firm that deals primarily with developing aircrafts. So far, the goal is to turn the hoverbike into a reconnaissance vehicle for the military (basically, just like Star Wars).

The current Malloy prototype hits 92 mph (!!!!!!) but so far, due to extreme fear (understandably), it has only been tested when tethered to the ground so it doesn’t fly extremely high. The actual hoverbike is the size of a small car and it weighs 600 pounds. Apparently, in the coming months the startup will test the Star Wars replica without any restrictions.

Currently, Malloy Aeronautics sells drones that are replicas one third of the size of the hoverbike. Each drone has four rotors, two of them overlapping on each side. The rotors produce enough force for the drone to hover and fly around.

The hoverbike, however, employs a motorcycle engine and uses handlebars for controls.

Molloy managed to raise over $100,000 last year in a Kickstarter campaign to manufacture the drone and supplement the costs of the hoverbike.