Home > News > Is Anyone Else Super Bored Of These Long Smartphone Names? 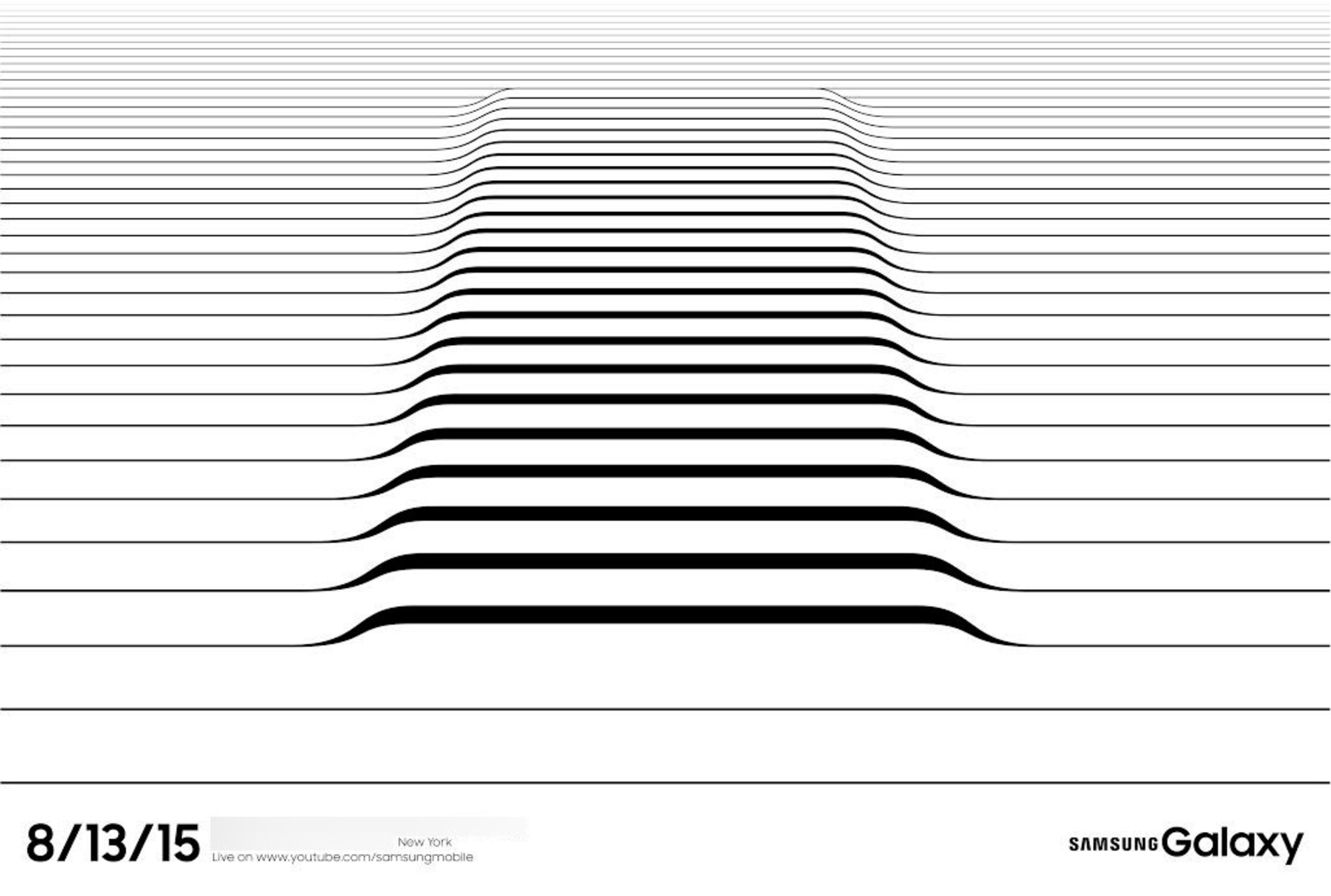 No, really. I’m tired of it, people. I understand that some names inspire awe, but this is getting ridiculous. Just name it something else!

It’s true, the Korean electronics mega-mammoth did send out invitations for a press conference on Monday, for one more of its “Unpacked” events. Which leads me to my next rant: you can’t have the same event for different products over and over again! It’s boring. It’s boring to read about, it’s boring to write about.

Regardless, this event will take place on August 13 in New York City, starting at 11am ET.

Same as usual (because seriously Samsung, it’s routine at this point): typical minimalistic invite that has some kind of geometric shape on it that includes lines (in this case, a lot of lines).

Now I’m not entirely positive it’s the Galaxy S6 Edge Plus, but the way the lines have a slight edge to them makes me feel pretty confident in this guess.

The-ridiculously-long-name-that-shall-not-be-named is rumored to sport a curved screen (duh), with a large 5.7-inch screen in QHD (so, yes, that’s 2,560 x 1,440 resolution). While that’s nice and everything, it’s hardly anything new and frankly it’s practically a minimum requirement these days for a high-end flagship. Obviously, it will sport Snapdragon as well, most likely 808, with 32GB of internal storage. We are looking at 16 megapixels on the back and a 3,000mAh battery, which is decent.

Samsung did send out invitations for a press conference for one more of its “Unpacked” events. Which leads me to my next rant: you can’t have the same event for different products over and over again!

It is also entirely possible that Samsung reveals the Galaxy Note 5 instead (after all, as I have mentioned, what is the difference?).

Apparently this device will be all metal (because at least Samsung understands that plastic was never acceptable for a flagship), alongside QHD (because as I have said, it’s necessary), and a homegrown Samsung Exynos processor. As usual, it will have a S pen stylus, which is what launched the Galaxy Note into fame in the first place.

My point is just that if you have one good thing, you don’t need to make a million copies of the same good thing. Let’s do something a little more innovative and turn down the carbon copies </drop mic>.