Is The Amazon Echo Amazing, Or Just Plain Annoying?

The success of voice controls hangs on this question

Amazon isn’t afraid to dive headfirst into becoming a major hardware manufacturer. In the past 12 months it has unveiled an array of new products which saw a rather mixed reception. The company’s first flagship smartphone, the Fire Phone, was undoubtedly a complete flop due its Fire OS and expensive pricing. Later releases, such as new Kindle e-Readers and the Fire Stick saw a better reception, largely due to their ability to leverage Amazon content.

Now the company is debuting yet another piece of hardware, which it is hoping will shake up our homes. Called ‘Amazon Echo’, this device is a wireless personal assistant for your home. Powered by Amazon’s data cloud, the Amazon Echo takes the form of an always-listening speaker column which can provide useful and timely information and feedback to users within a home.

Users interact with the Echo through voice commands. In a similar way to Google Now, a user speaks a pre-determined activation word, in order to initiate a request to the device. According to Amazon, through its ‘Far-Field Voice Communication’ the Echo can detect someone's voice with unprecedented accuracy, even when it is spoken softly, or over music. 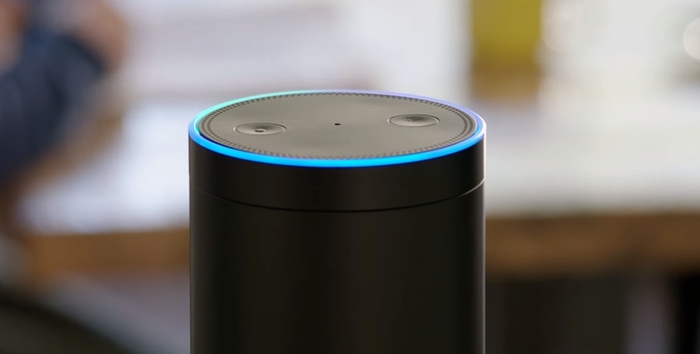 In terms of functions, the Echo again mirrors much of what we are already seeing on mobile digital assistants like Siri or Cortana. Users can set alarms, ask for news and weather updates, play music, and in addition, pose simple fact-based questions to the device. In addition the Echo allows for the the creation of shopping lists, a feature which is highly likely to integrate with Amazon’s huge e-Commerce platform.

However, even a brief viewing of Amazons marketing video for this device makes one thing apparent: the Amazon Echo becomes very annoying, very quickly. Due to the voice-based communications system employed by the device and its always-on nature, for many it may become a rather unwanted intrusion into private time. Indeed, Amazon’s new device is not the first to suffer from this problem, nor will it be the last.

With a proliferation of voice controlled smart-home devices and well as wearables like Google Glass, the obtrusive nature of voice communications is becoming ever-more apparent. It is likely the tech industry will need to go through a learning period, where it discovers just how much annoyance and intrusion users will take, before they begin to shun a product.

The iPhone 6S Is The New Big Brother Listening