Home > News > It Destroyed Your Book Store, Now It's Coming For Your Music Store

It Destroyed Your Book Store, Now It's Coming For Your Music Store

It seems like everyone is jumping on the music-streaming bandwagon right now. Apple just spent $3 billion on Beats Music, Google is in talks to acquire Songza, as well as the array of almost identical programs like Spotify which are already doing a good enough job. And Amazon is no exception. On top of rumours of a holophone, today Amazon announced its new music streaming service ‘Prime Music’; but this time things are a little bit different. Instead of offering an all-you-can-eat music buffet for around $120 a month like its competitors, Amazon offers music downloads alongside a lower subscription. And the best part is? It’s technically free. Available to all prime members with a $99 yearly subscription service to Amazon’s two day postage, e-book downloads and video streaming service, the nine year old company have added the cherry on top of the cake to its prime user package.

The service offers free access to just over a million songs, and without the annoying ads or constant interruptions that burden other free programs. You can also download music to listen to offline which, thanks to Amazon’s cloud player, can be accessed from your Kindle Fire, iOS/Android device, and any Mac or PC.

However, due to licensing negotiations, Amazon is yet to sign a deal with Universal records which means there is currently no access to artists such as Kanye West, Katy Perry, Lady Gaga or Taylor Swift, as well as some of the most recent billboard hits. So can Prime Music really provide any competition to likes of Spotify or Beats?

With Universal making up 38% of the industry, their absence on Prime is hard to overlook, as is the six month waiting period for some new tracks, and their one million songs compared than Spotify’s 20 million. However, Amazon’s digital music vice president Steve Boom has commented on the “red herring” ways of other music streaming services, where people pay large amounts of money for the tiny amount of tracks that they actually want to listen to. Prime Music however, allows users to listen to what they want, at a much lower cost: “If there are a few tracks you want to buy, the price of doing that in our store will be dramatically less than paying $120 a year for, frankly, a lot of music people don’t listen to”. And we have to remember that Prime Music is not the centrepiece of the table, its a side dish, or a dessert; satisfying enough by itself, but a masterpiece when combined with its counterparts. Although Amazon has around 20 million prime subscribers, this latest offering is an attempt to convert the remaining 224 active customer accounts, and eberyone else. So if that includes you, why not try out the free 30 day Amazon Prime trial to test out Prime Music? But if you still need convincing, just bare in mind that it has a “powerful women of pop” playlist. Yep, sold. 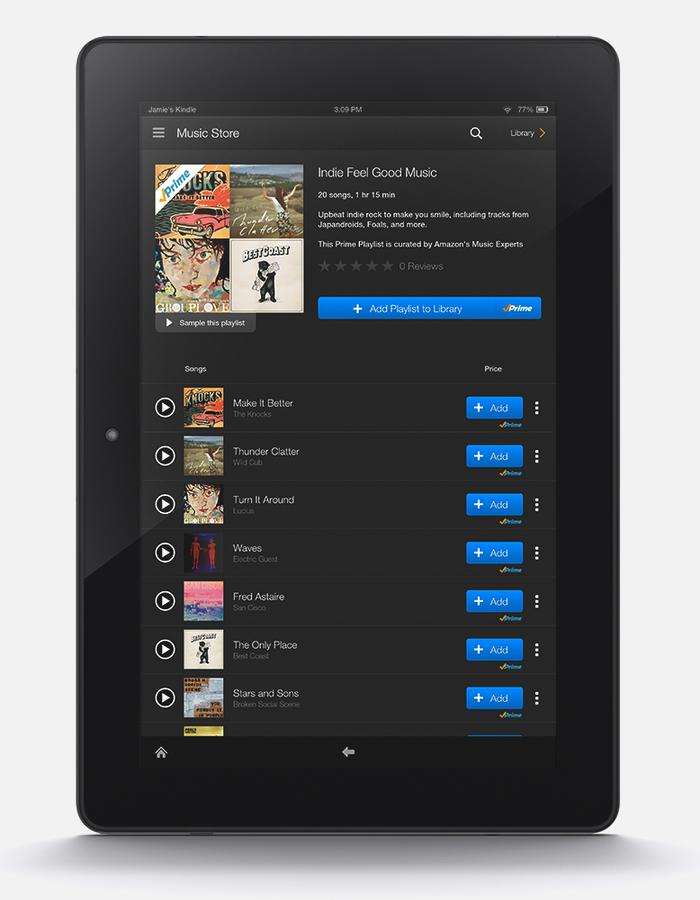