Home > News > It's Here! A Hoverboard Is Finally Being Kickstarted!

It's Here! A Hoverboard Is Finally Being Kickstarted!

We are now living in the future!

Aside from flying cars, no other piece of technology is used as proof of us living in the future more than the hoverboard. First debuted in Back To The Future 2, where Marty McFly used the strange device to avoid pursuers in a high speed case, the Hoverboard captured the public’s attention in a unique way. So what if we told you that this film (fittingly set in 2015) wasn’t actually so far from the mark. What if we told you that right now you can actually buy a working hoverboard?

That is the promise of Hendo Hover, a new tech start up which claims to have built a revolutionary new way of “hovering” objects. Utilising patented magnetic arrangements, the company has found a way of utilising electromagnetic repulsion it order to make objects effectively float in mid air. While this technology has been used before in other applications (like maglev trains) the new configurations being used by Hendo are much more stable and powerful than their predecessors. 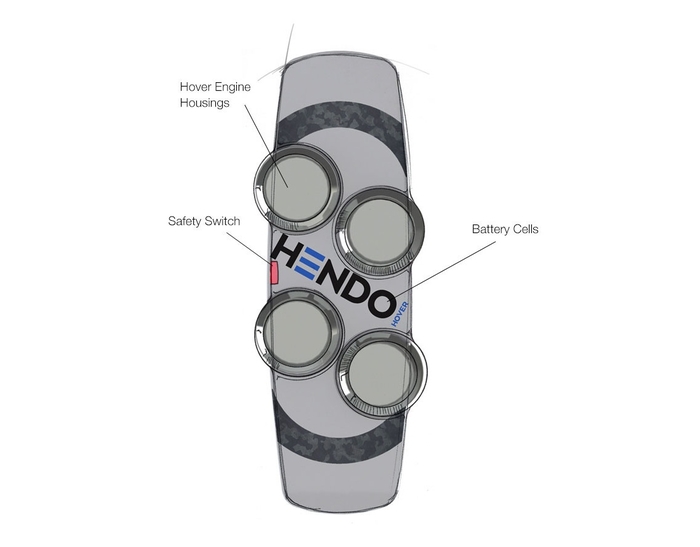 But what about the board? About double the size of a regular skateboard, the Hendo Hoverboard is intended as a demonstration of the company’s so-called “hover engines”. Four of these engines are strapped to the board, allowing it to float above any “non-ferromagnetic conductor” surface. Even with the added weight of a person standing atop the board, it nonetheless manages to maintain about 1 inch of clearance above the floor while being ridden.

Hendo has turned to Kickstarter in order to fund their hover technology. A least 10 backers have already shelled out $10,000 each in order to buy one of the first 10 hoverboards ever made. However, for those of us with less spare change, the company is also offering what it calls a “white box”. This is a non-descript hovering box which the company hopes will function as a developer kit for makers.

While the Hoverboard itself is a bit of gimmick (albeit a very cool one) the technology behind it is immensely useful. Given that there appears to be no physical size constraints, the hover engines could theoretically be scaled up to allow for the hovering of truly massive objects such as buildings. Furthermore, the tech could also be implemented to build hugely efficient public transport systems within cities.

Forget the naysayers. We are now living in the future!

Let's Go Back To The Future!