The all new Galaxy A8

The long mid-range favorite, the Galaxy A series, just may have gotten a newly anticipated addition: The Galaxy A8 has been supposedly leaked by Nowhereelse.fr.

The photos are certainly convincing. In fact, the alleged A8 looks very similar to the Galaxy A7, just a bit larger.

Like all of the earlier A-series devices, it has a metal frame. Apparently it weighs only 140 grams and the dimensions are 157.7 x 76.7 x 5.9mm, which makes it Samsung’s slimmest smartphone ever.

Under the hood, it is all Samsung’s usual power-packed specs. The A8 will be a 5.7-inch Super AMOLED display with a resolution of 1080 x 1920. It will have a lightning fast octa-core Snapdragon 615 processor, alongside 2GB of RAM and 16GB of internal storage, expandable by microSD slot. It will run Android 5.1.1, and have LTE capacity. The impressively large 3050 mAh battery is a bonus.

As for the cameras, it will be outfitted with an excellent 16 megapixel primary camera and 5 megapixel selfie snapper. Also on deck will be a fingerprint scanner.

Really, when the specs are all written down, it’s no wonder that this new handset is already getting the nickname “the metal Galaxy S6”. It is a powerhouse for performance. 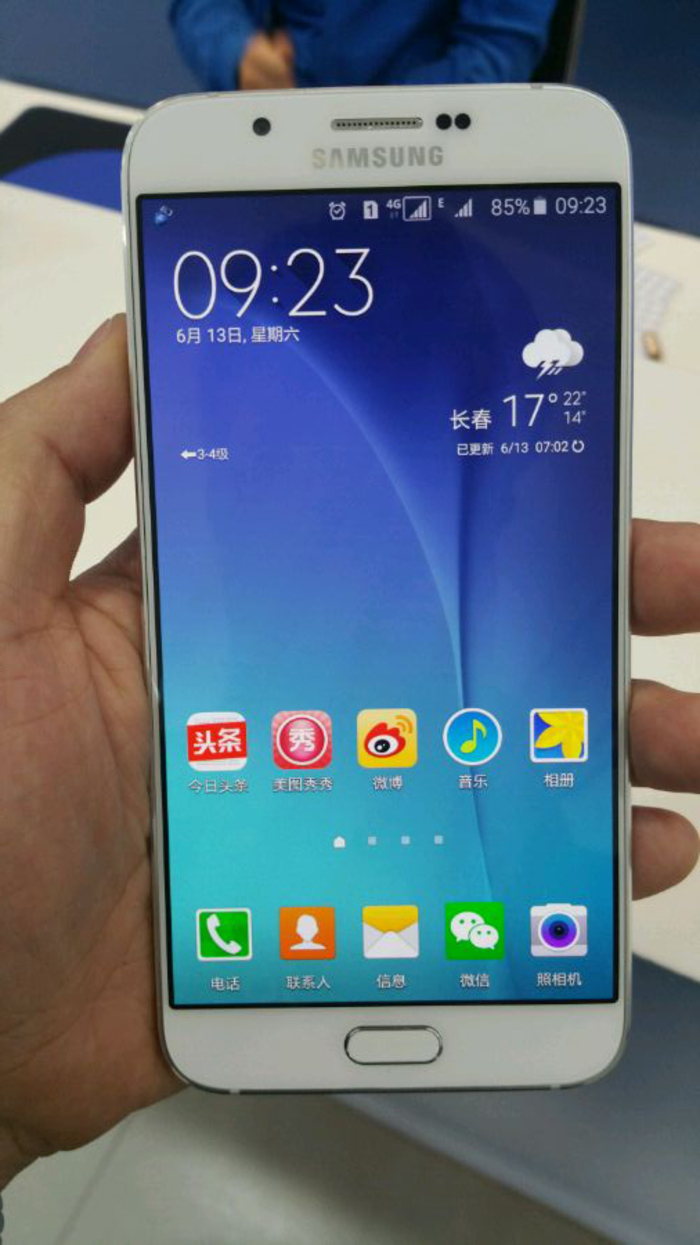