Home > News > Microsoft Is Trying To Kill The Ultrabook

Microsoft Is Trying To Kill The Ultrabook

Neither laptop nor tablet, the Surface Pro 3 is better than both. 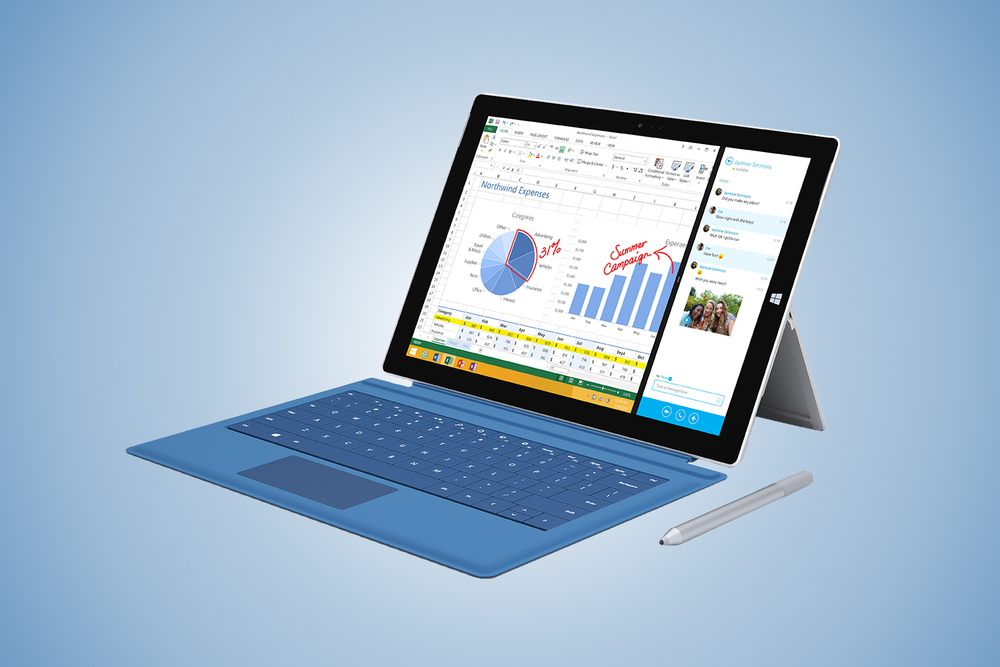 In a press conference yesterday, Microsoft CEO Satya Nadella, announced a new device for its struggling Surface line. Rather than being the Surface Mini that was widely expected, it was in fact the opposite: Microsoft’s biggest tablet yet - the Surface Pro 3.

Measuring in with a 12 inch screen, it is being positioned not to compete with other lighter and smaller tablets, but rather with ultrabooks. While pitching the device, Microsoft VP and creator of the Surface, Panos Panay, explained that the majority of tablet owners, also owned laptops. For this reason, the Surface Team designed the new Pro 3 to have the functionality of both.

“This is the tablet than can replace your laptop.” exhorted Panay

But marketing pitch aside, does the new Surface Pro 3 really have what it takes to replace both your tablet, and your laptop? 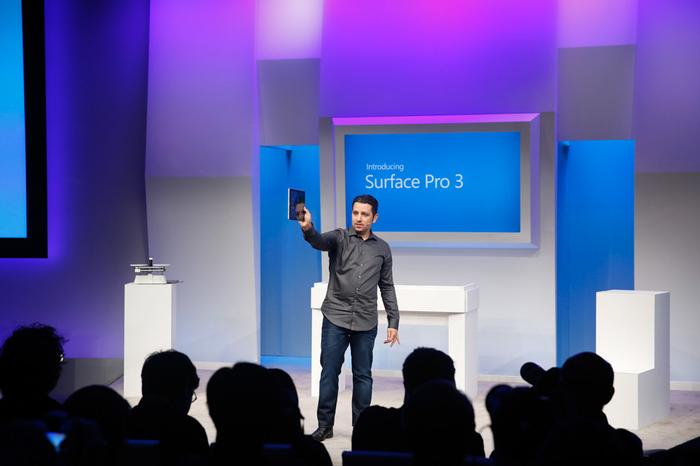 The first thing to look at is the overall size of the device. Its 12.1’’ inch screen represents a considerable increase over the 10.6’’ of the previous Surface Pro 2, however this has not affected the weight of the device. Without the Type Cover attachment, the device weighs in at just under 800g,  thanks to considerable reductions in the other dimensions of the tablet. Specifically it measures at 7.93 in x 11.5 in x 0.36 inches (201.4 x 292.1 x 9.1mm), making it comparable in thinness to the latest tablets, and much thinner than an ultrabook.

In terms of the screen itself, it now features a 3:2 aspect ratio which Microsoft believes will better emulate a standard pen and paper. In terms of visuals its 2160x1440 greater-than-Full HD screen delivers exceedly crisp images with no visible pixels. Building on the comparison to a pen and paper, the device will ship with a new and redesigned stylus, which Microsoft promises will feel more natural to write with, due to reduced parallax error between the pen tip and where it is ‘inking’ on the screen. In a nice touch, the pen itself can be clicked, booting the Surface from sleep mode directly to One Note, ready to sync a users writing to the cloud. 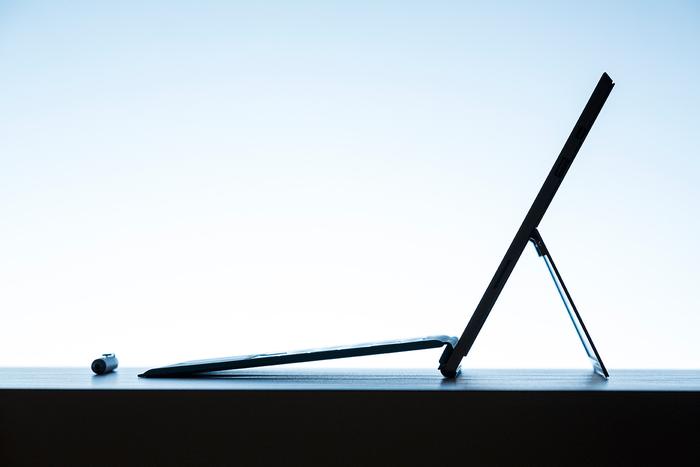 Powering the device, is what Microsoft is calling the “thinnest Intel Core chip yet”. This chipset has been custom designed from the ground up in collaboration with Intel specifically for the Surface Pro 3. The tablet itself will be sold in several chip configurations, starting with the i3 processor, all the way up to the high-end Core i7. To make this possible, Microsoft has also redesigned the fan within the Surface, promising that this new iteration will make no noise, and have no noticeable airflow. Graphics-wise the tablet still runs an Intel Onboard Graphics unit, but Microsoft has been quick to show off that its product can still run high-end professional software, including a custom version of Photoshop.

Finally, Panay went to great lengths explaining changes to the overall form of the device. Now a grey-aluminium colour rather than the previous black, the device superficially still resembles the Surface Pro 2. However, some important changes have been made which considerably increase the device’s appeal. Firstly, the kickstand has been completely reworked, allowing a much greater number of positions, including an amazing 150 degree rotation to a so-called ‘canvas’ position. Secondly, the company has made changes to the Type Cover, embedding it with a magnetic strip which enables it to solidly clamp onto the tablet while being used on an uneven surface. These changes contribute to the ‘lapability’ of the device - a term coined by Panay to describe how easy a device is to use on a user’s lap.

With all this now known, the Surface Pro 3 really might just be the first device to truly bridge the gap between laptops and tablets, combining both the portability and light weight of a tablet with the raw processing power of an ultrabook. The only question remaining is whether customers will be willing to pay the steep price for the device, which starts at 799USD for a 64GB Core i3 device and goes all the way up to an exuberant 1949USD for the 512GB Core i7 version.