Home > News > Microsoft Is Working On A Universal Translator

Microsoft Is Working On A Universal Translator

What was once sci-fi, is now coming to Skype 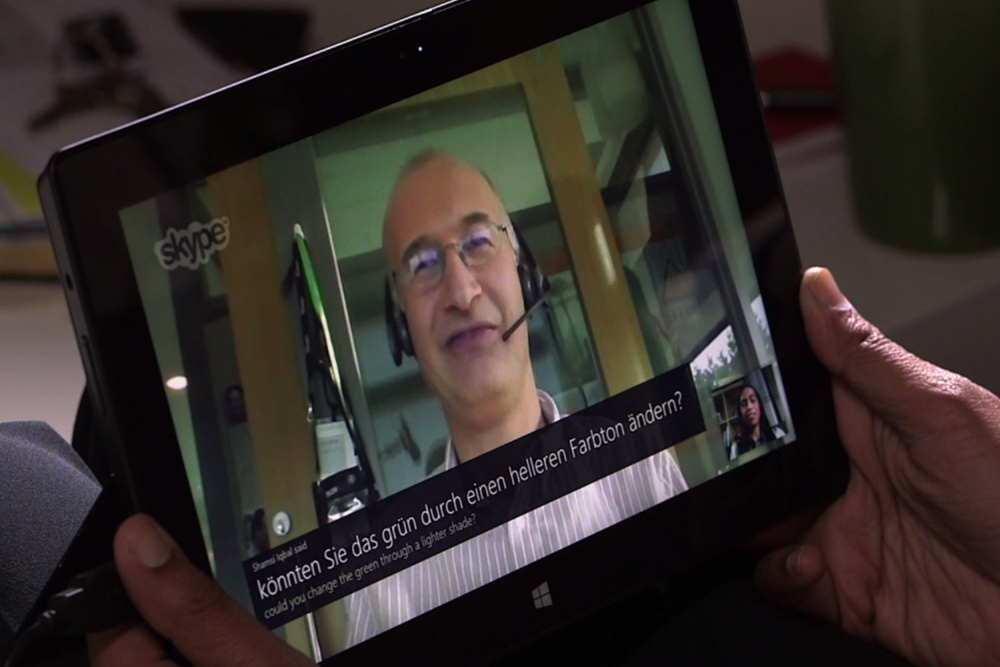 Microsoft today has announced a new project it has been working on which will change the way we communicate with people abroad. The project, tentatively called ‘Skype Translator’ will allow you to have a two way voice call with someone in a foreign language. The translation software, the company promises, will translate audio in real time from a multitude of languages.

The translation software will translate audio in real time from a multitude of languages.

Announced at the Code conference, Microsoft's CEO Satya Nadella debuted the technology to a clearly impressed crowd, describing it as “magic” which would allow us to communicate with any person on earth.

As part of the presentation, the Vice President of Microsoft’s Skype team, Gurdeep Pall made a voice call to a German colleague using Skype. During the call, Gurdeep only spoke English, while the Skype Translator translated his speech in near real time into German. The German collegue then replied in her own language, which was translated into English. While the translation was often not perfect, both parties could understand each other, and easily communicated both simple and complex ideas.

The Skype Translator software itself is powered by complex machine learning algorithms. Using neural networks, Microsoft has created a software which can ‘learn’ a language, then cross reference it to other languages it also knows, improving its capacity to understand the semantics of all other languages it already has ‘learnt’. In addition, the software is enhanced by similar technology implemented in Bing search as well as Windows Phone’s Cortana digital assistant.

Currently Microsoft has not announced when it plans to release the technology to the general public, but in the meantime we can watch a short demo of Skype Translator below.