The new Moto Stream is a must have party-device 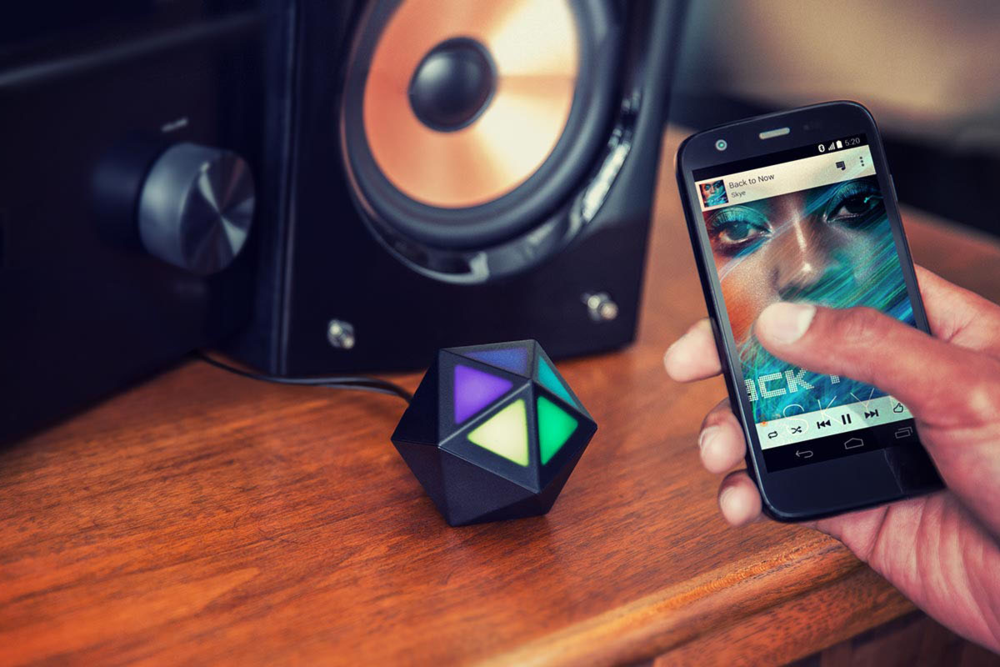 Motorola has released today its own vision of how we should integrate technology into our social lives. Coming in a futuristic icosahedron shape, the Moto Stream is a wireless music hub which is designed with parties in mind.

The device itself allows up to 5 different devices to connect to a single audio system through the Moto Stream. Smartphones, tablets, computers, and likely wearables will all be able to sync with the system using Bluetooth wireless standard. In addition, NFC enabled devices will also be able to easily connect to the Stream by simply tapping against the device.

While this might be starting to sound alarmingly similar to Google’s failed Nexus Q, fear not. Firstly, the device is available at the a much more affordable price point of $49.99 and secondly, it does not try to overreach in functionality, aiming to simply be a plug-and-play component of a larger speaker system.

Motorola hopes that users will buy the Moto Stream in order to “set themselves free” from tangled wires. To achieve this, the device features a 300-foot (approx. 90m) working range, making it effectively able to connect any device in your house, uniting all music devices under a single Motorola roof. 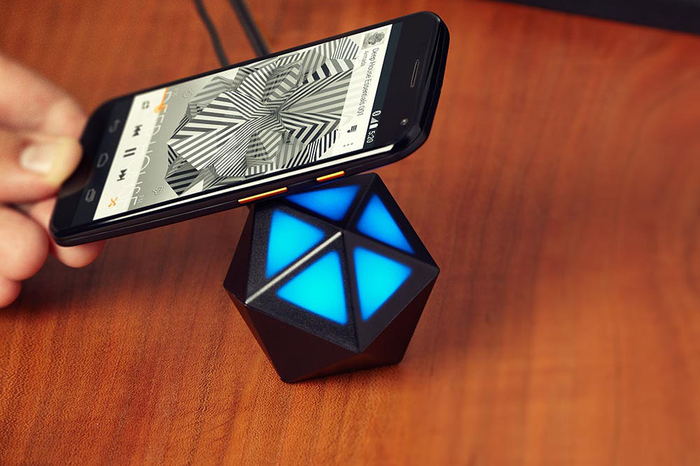 While the device is useful for standard home use, it has also been designed to be at home in a party environment. The top of the Stream has five triangular panels that light up in a variety of colours when multiple devices connect to it, superficially resembling a disco ball. In addition, weighing in at just 100g, the device is easily portable around a venue.

Should a connected user not like the music that is currently playing, they can enter a so-called ‘heist’ mode where their device dictates the speaker’s output. While this sounds like it could be fun, it could also cause huge headaches, as you don’t want to be know as that guy at the party always ‘heisting’ the music. Unless you are in a group of people with similar music tastes, ‘heist’ seems like a feature better disabled.

The Moto Stream is currently available for order from Motorola’s online store.

The New Moto G and X Are Looking Good

The Moto G Will Now Be Completely Unique

Google Is Assessing Its Dating Pool

The 8 Best Smartwatches And Wearables