Released today, the app consolidates data from Facebook, Eventbrite et al to show you every event in your area 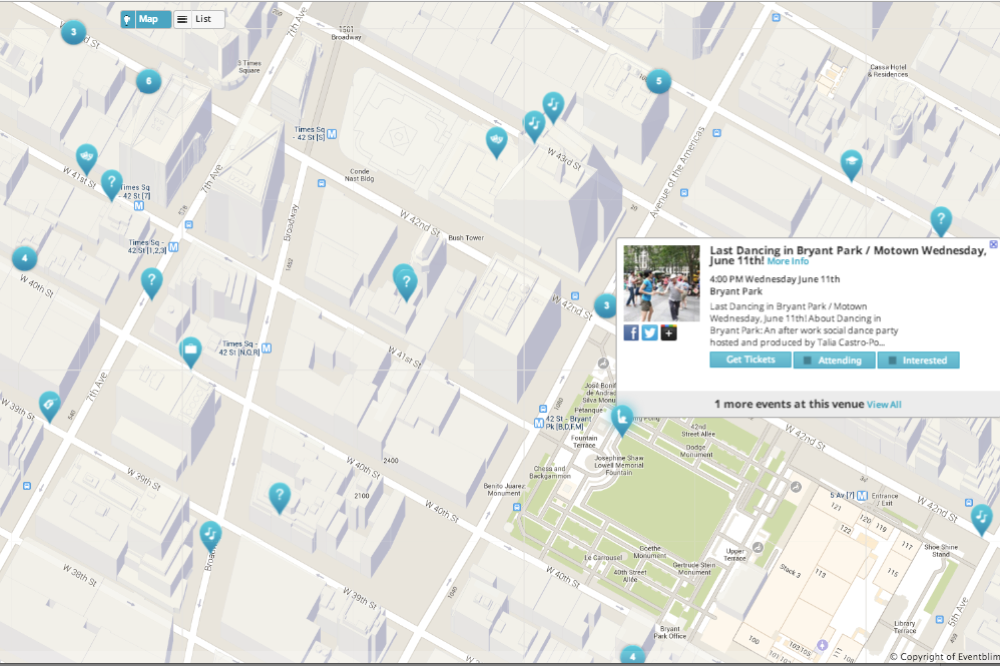 Remember when Ernest Hemingway told us all to ‘always do sober what you said you’d do drunk’? Well, Chris Good has really gone and done it, and its actually turning out surprisingly well. Beginning where all good plans start: in New York’s ‘The Standard Biergarten’, CEO Chris Good was ranting about something we are all far too familiar with: wanting to go somewhere different for a change but never bothering to see what else is out there. This time however, Good decided to finally do something about it, and thus ‘Eventblimp’ was born. Released today at the Apple Store or online, ‘Eventblimp’ will have you wondering how you ever managed to live without it. Whether you’re in a new city, or just a little bit bored of your usual Saturday night dinner-and-drinks routine, the app acts as a one-stop shop for all the local events. ‘Eventblimp’ consolidates the data from an array of different networks including Facebook, Eventbrite, Seatgeek, Bandsintown, Eventful and Meetup into one place, so you can see everything that’s available in your area, no matter where you are in the world. You can display your social options on either a birds eye view map or in list view, and can share events with your friends or see which ones they are attending or interested in via Facebook integration. The app caters for everyone’s taste, split into categories such as ‘sporting events’, ‘organisations’ or ‘nightlife’. 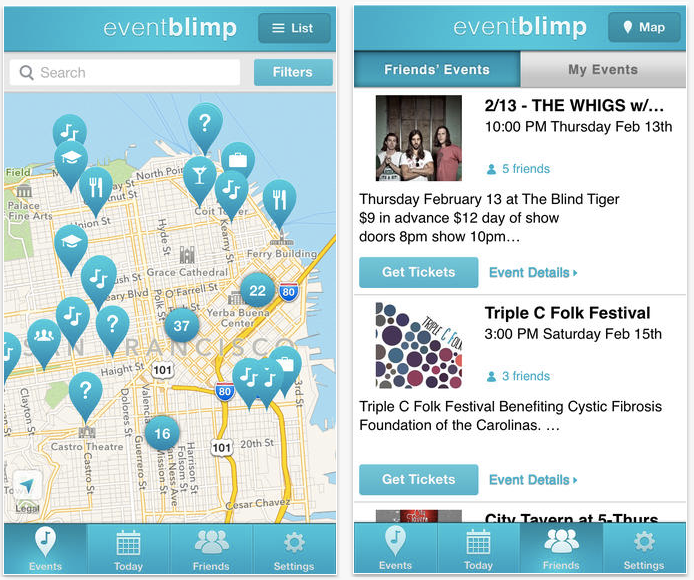 Although still in its early stages, Good has many big plans in the pipeline. Building the app alongside his work for private equity firm and one of the apps investors ‘Grey Mountain Partners’, he has already indexed over 20 million events over the past few months, and aims to reach the 100 million mark by the end of the year: ‘We want all the data. All of it’. But this is merely the beginning. As well as an Android version being a ‘top priority’, Good plans to introduce recommendations for the best events on a worldwide scale, as well as more filters such as sponsored and kids events. Marketing teams could get in on the action, ditching the pamphlets and instead promoting their events through the app, as could hotels and hobby groups. Infact, the more people and thus data that get involved the better. Good has created an almost interactive Google Maps, where location searches will supply you with more than just a little yellow man, but instead with information about every social event you’re missing out on.