Home > News > Nothing Is Anonymous

17 Countries cooperate to bust criminals on the Tor Network

Earlier this week, Irish police arrested two men that had been under heavy surveillance for weeks. Both men are in their 30s, and were found with over $220,000 worth of drugs, including ecstasy tablets, LSD, and $2 million dollars worth of bitcoins. The main point of the raid was much more important though: digital records that will lead to further arrests.

The Deep Web, which is the anonymous part of the internet, is estimated to be up to 500 times the size of the surface web, as reported by the BBC.

The Deep Web, which is the anonymous part of the internet, is estimated to be up to 500 times the size of the surface web, as reported by the BBC. Within this web of anonymity, is the darknet, which is an encrypted version of the internet, that operates on the Tor network, which is unreachable by typical search engines. Tor, an acronym for The Onion Router, is a part of the deep web that requires the Tor Browser bundle software to access it. Initially developed the US Naval Research Laboratory, it still receives funding the from US State Department. By sending multiple and circular (like an onion) data among multiple computer servers, it masks the user’s identity and location. It encrypts each route and server, which makes it even more difficult to find the person using the real server. 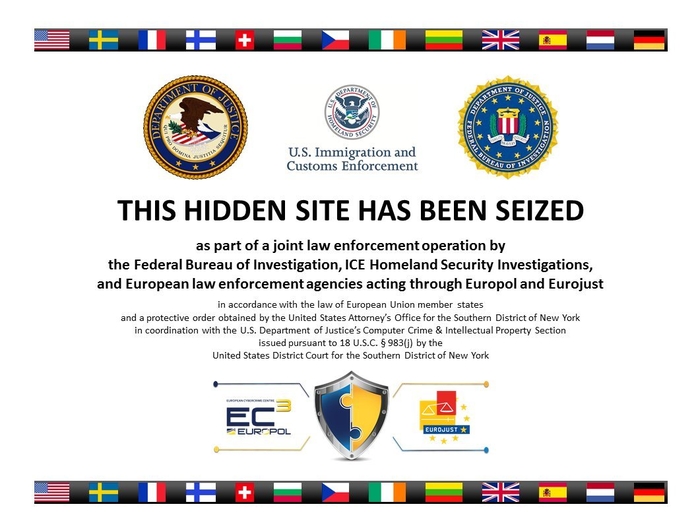 There are presumed to be 3 million users accessing sites on the Tor Network including Silk Road 2.0.

Strictly speaking, none of this is a problem. Many people use Tor from places like China and Iran so as to circumvent the government from knowing what they are searching for or even prevent them from knowing that they are searching at all. However, Tor houses thousands of illegal marketplaces, from drugs, weapons, and child pornography. It is also reportedly a safe haven for extremist groups. Silk Road 2.0, the successor to Silk Road, is the most notorious drug trafficking site in the world.

This week, in an unprecedented investigation, 16 European countries and the US joined together and used joint resources to make raids and arrests, in what is now being called Operation Onymous.

This week, in an unprecedented investigation, 16 European countries and the US joined together and used joint resources to make raids and arrests, in what is now being called Operation Onymous. Ending on Friday, it is an operation between the FBI and Europol to disrupt the criminal part of the Darknet, what has long been believed to be the unreachable and anonymous part of the internet. As reported by the BBC, Alan Woodward, a security consultant that advises Europol said, “Tor has long been considered beyond the reach of law enforcement. This action proves that it is neither invisible nor untouchable”. The raid is unquestionably a technological breakthrough. The police have managed to find new ways of tracking the location of the criminal servers, even on Tor Network, due to the international cooperation of law enforcement agencies. Just how they have managed to do that, though, we still don’t know. In fact, Operation Onymous intends to keep it that way, according to Wired that quotes FBI Agent Vincent D’Agostini, “This is something we want to keep for ourselves,” he said. “The way we do this, we can’t share with the whole world, because we want to do it again and again and again”.

As of now, Six Britons were arrested, along with the two Irish men, but the count has now reached to 17 in total. Notorious among the arrests was Blake Benthall, the 26 year old coder for Silk Road 2.0. The police have found documentation relating to offshore bank accounts in Switzerland, Belize, Poland, and several other countries as well as seized hundreds of dark net domains, 414 according to the FBI, and still counting.

What Went Wrong In The Ulbricht Trial

Pirates, Bitcoins, and Drugs - Oh My!