The Biggest And The Safest Now Available 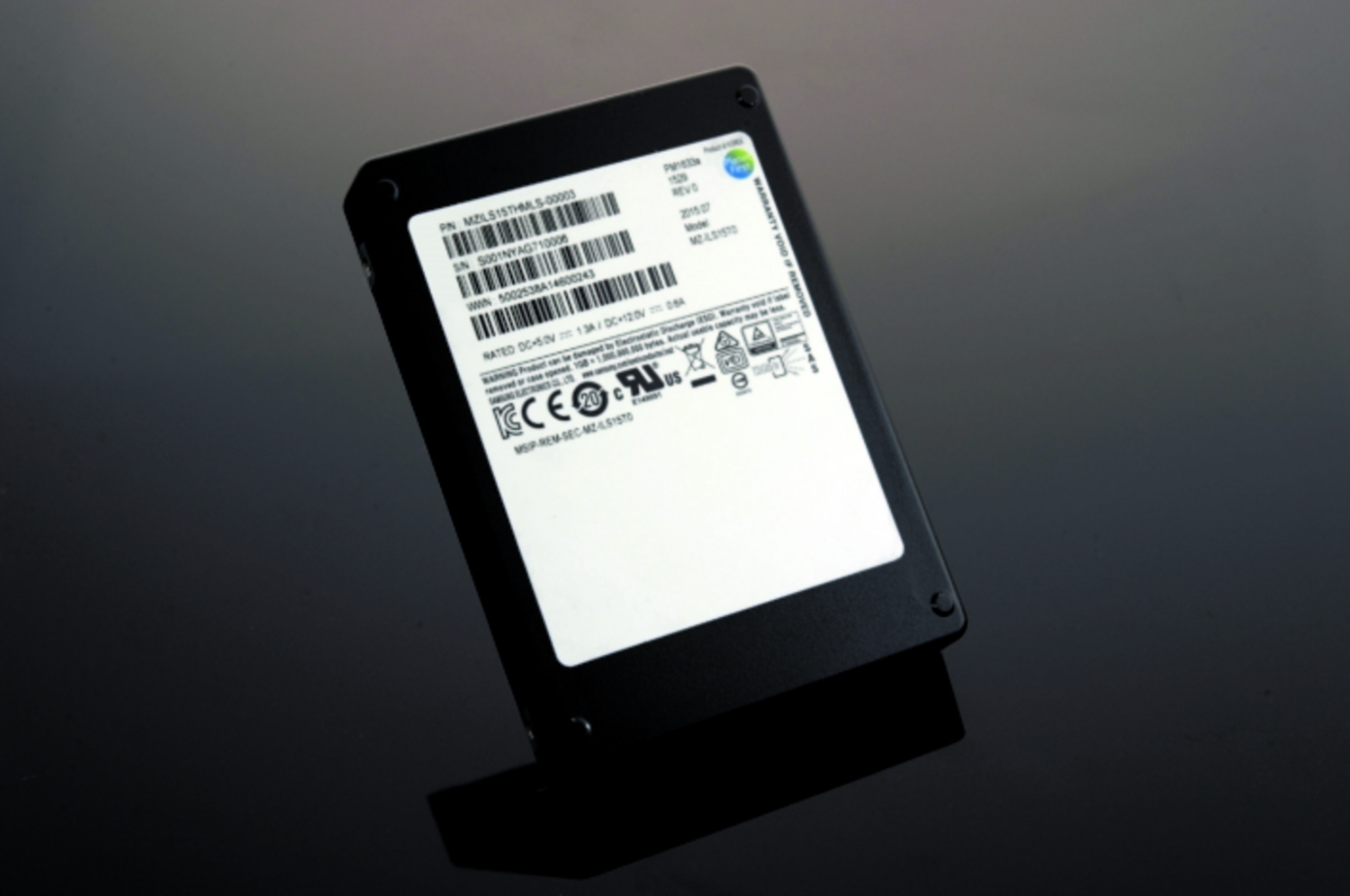 Samsung is finally shipping the world's largest capacity hard drive and boy does it have a lot to offer. The 15.36TB SSD was first revealed at the 2015 Flash Memory Summit in August but has finally started to hit the shelves. Called the PM 1633a, this drive is enabling more storage than ever with its smaller size. It's made for enterprise storage systems and with its 2.5 inch form, now storage managers can fit twice as many drives into a standard 19 inch, 2U rack and increase power efficiency. Standard SSDs sized at 3.5 inches allow this improvement to make a big difference for additional storage.

The read and write speeds alone are over two times as fast as a normal SATA SSD.

According to Senior Vice President of Memory Product Planning, Jung-bae Lee, Samsung "will continue to lead the industry with next-generation SSDs, using our advanced 3D V-NAND memory technology, in order to accelerate the growth of the premium memory market while delivering greater performance and efficiency to our customers.” Of course the demand for more storage is a priority in the marketplace and Samsung's newest release boasts the highest capacity SSD available to date.

How does Samsung pack the impressive 15.35TB on just one drive? By stacking 512 of the 256GB V-NAND memory chips in 16 layers, the 512GB package is formed. These 32 NAND packages make up the 15.36TB drive and contribute to the significant performance and reliability upgrades compared to the previous PM1633. With this kind of technology, users can expect improved performance; such as a random read IOPS performance that is 1,000 times that of SAS-type hard disks. The read and write speeds alone are over two times as fast as a normal SATA SSD. The PM1633a supports 1 drive write per day without failure.

The PM1633a supports 1 drive write per day without failure.

It's also being touted as the "safest in the world" because of the 256-bit hardware encryption and security features. Samsung wants professionals to who need to transfer sensitive files to know that this drive can get the job done and recognizes that the increasing creation of digital content calls for higher-speed and more reliable storage.

There's still no word yet on how much this effective drive will cost your engineering team but it's said to begin shipping on March 21st. Samsung is expected to roll out more affordable drives sized from 480GB to 7.68TB so there will be other options. All in all, it's pretty impressive to consider that this almost 16TB drive has increased the number of layers in a drive from 36 in 2014 to 48 layers of the 3-bits-per-cell (TLC) 3D V-NAND in just one die. That's a lot of improvement in a little bit of time. Samsung continues to lead the technology space in more than just mobile phones.