One set of rules of users, another for for advertisers

Facebook is losing users. While several years ago the company was in a phase of exponential growth as it expanded into a greater number of markets, this time has now passed. Instead, in 2014, Facebook is facing stiff competition for mobile based social networks like Snapchat and Twitter which better facilitate niche communications. Furthermore, the site has become a victim of its own success, as with everyone using it, people are reluctant to act “normal” while logged in.

So within this environment, Facebook is looking for ways in which it can improve the overall News Feed experience for its users. As part of this, it announced today that it was looking for ways to cut down on the number of self-promotion posts that appear within a user’s News Feed. 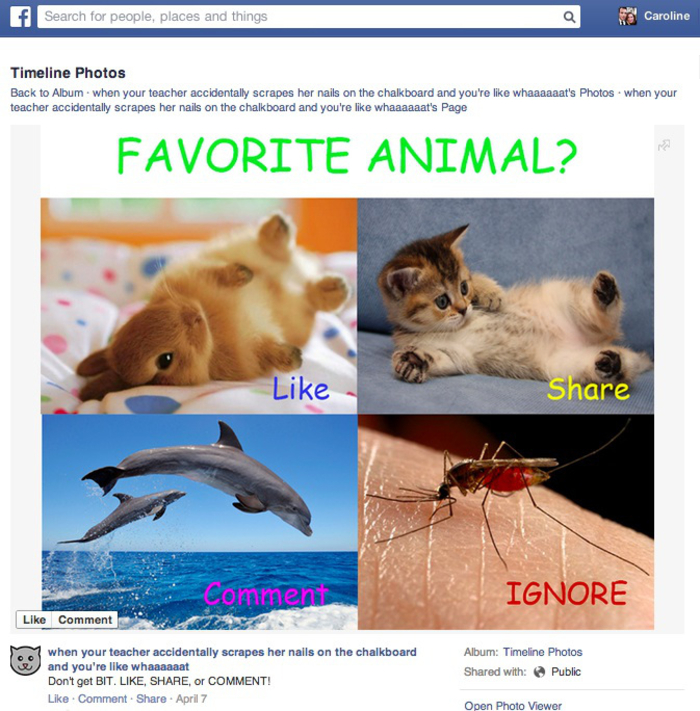 While is it yet unclear what specific kinds of posting the social network is trying to discourage, Facebook has officially stated that they want to eliminate so-called ‘like-bait’ posts. These include posts with statements like “1 like = 1 prayer” or “share if you agree, like if you don’t” and other similar messages. While this content is indeed annoying, the plain-faced decision by Facebook to remove this kind of post in the interests of allowing people to see the “content they care about” reeks of hypocrisy.

Despite Facebook saying it wants to improve access to useful content, in the last few years, the company has been doing the exact opposite. First with promoted posts, and then last year with autoplaying video ads, the Facebook News Feed is now almost 50% advertising or promoted content.

What we are left with is a content stream which in no way represents Facebook’s stated goal of trying to connect people with the posts that are the most interesting to them. Rather the current News Feed is still all about making advertising dollars for the company itself. While this may be a useful business strategy in the short term, over the next few years, Facebook could see itself losing more and more users if they don’t find an effective balance.

Is Apple Against Peace?