Having failed to create a breakthrough device, Samsung wants outside help 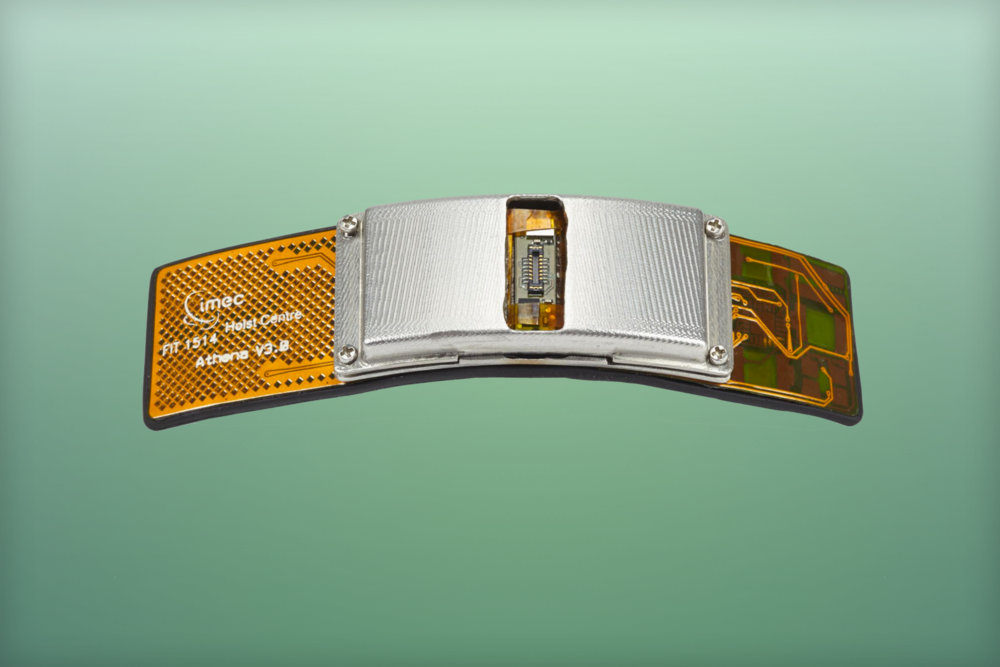 Like fusion power, flying cars, or a cure for cancer, a wearable device with mass market appeal is something that we keep being told is “just around the corner”. First it was the Pebble, then the Galaxy Gear range, now we are hearing every day about Android Wear, and still the ‘iWatch’ lies just over the horizon like a metaphorical pot of gold.

While still pushing ahead with their wearable ‘Gear’ product line, Samsung is also pursuing a different tactic for wearables: giving the creative design process over to us, the users. The company announced today the release of a bare-bones health-and-fitness tracking wristband called the Simband, which is hopes will become the platform on which the ‘next big thing’ is built.

The device itself is a simple wristband built in collaboration with University of California: SF and IMEC. It features a range of health and fitness tracking hardware including a heart rate monitor, a pedometer, the ability to measure body temperature, and even a component which can track blood-oxygen levels.

Debuted by the president of the company’s Device Solutions division, Young Sohn, Samsung expressed its intention of the Simband becoming an open developer platform. According to the company:

"...Samsung Simband is not a product. It's an open reference design platform. It's a "blueprint” for building advanced devices that will empower individuals to monitor their own health and wellness more effectively."

Samsung is tacitly acknowledging that it may not know what a health-tracker is useful for.

By creating such a platform, Samsung is tacitly acknowledging that it may not know exactly what a wearable health-tracker is useful for. Instead, it is tapping a much larger community of developers to help find a killer app for the Simband hardware. In this way, the company hopes that it can control the backbone on which any future popular device is made. While this may reduce the eventual profits the company can make, it also greatly reduces the risk the company would take by over-investing in wearables.

In order to aid these developers, Samsung is proving a cloud-like environment to which these devices will upload their data. Called the Samsung Architecture for Multimodal Interactions (SAMI), this environment will make it easy for users to synchronize the data collected by the Simband across a range of devices. Samsung will also provide APIs which would help developers implement this system on any Simband-based devices.

Currently, it would seem the most obvious place for these devices to be tested and adapted would be in healthcare research facilities and hospitals, where creative doctors and researchers will best be able to find useful applications. Regardless, for a company with such an expansive research division of its own, leaving the creative work up to others is a big departure from standard procedure, and perhaps an acknowledgment of the difficulties of the task at hand.