Scientists from the Pierre and Marie Curie University are working on a robot that can adapt and repair itself in a pinch. 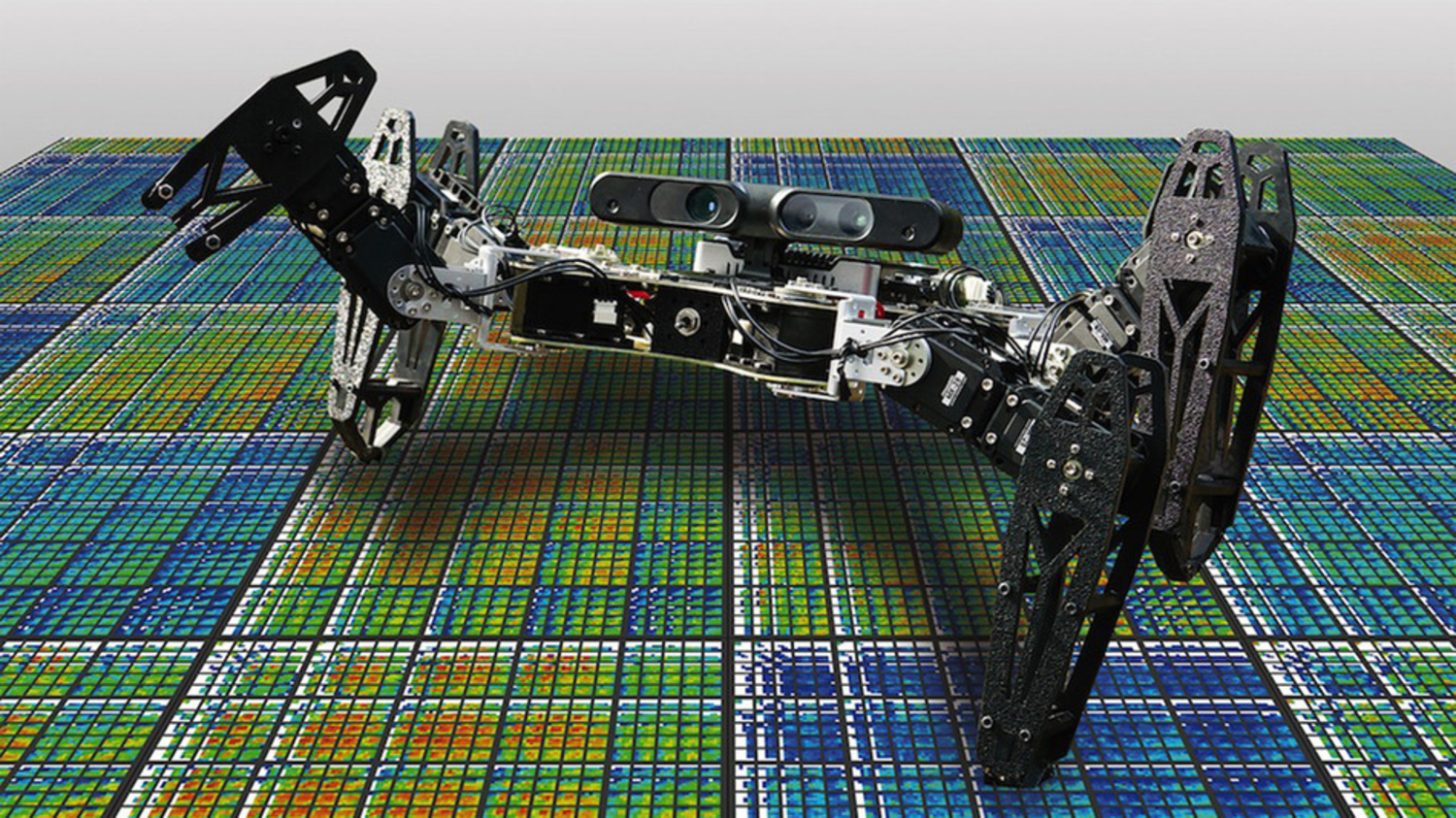 The 6 legged robot can continue walking even if two of its legs are incapacitated.

In its certain niche some robots are made because of their durability to survive in conditions much too dire for humans. Scenarios involving extreme heat or low oxygen levels are some that come to mind.  But the durability of these robots can only last so much. If a robot gets damaged they are pretty much done. Its not like the robot will be able to do anything about it.

Scientists from the Pierre and Marie Curie University are working on a robot that could repair itself in a pinch and adapt to its surroundings. According to a report by LiveScience these scientists are running tests with a 6-legged robot to continue walking even if two of its legs are incapacitated. After damage of sorts, the robot can readjust itself after a minute or so then continue function.

"One thing we were surprised by was the extent of damage to which the robots could quickly adapt to," said Jean-Baptiste Mouret, a roboticist at Pierre and Marie Curie University, in Paris, "We subjected these robots to all sorts of abuse, and they always found a way to keep working."

They are programming robots to think and adapt much like how humans and animals would react if faced with injuries. They plan on eventually being able to deploy robots that could survive in danger-zones or post-calamity zones to help out with the rescue ops.

This robot in particular reminds me of one of Pixar’s adorable creations in Wall-E. So I’m going to keep an eye on this.

Forget 3D, 4D Is Already In The Works