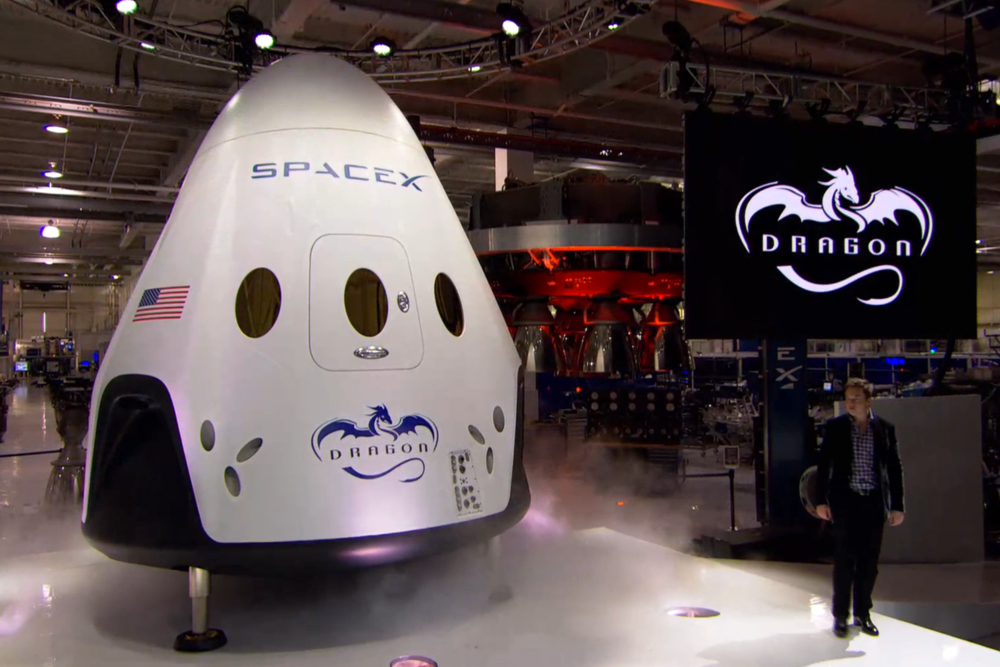 SpaceX CEO and Founder Elon Musk today unveiled the company’s next-generation spacecraft in dramatic fashion. Speaking at the SpaceX headquarters in Hawthorne, California, the billionaire industrialist showed off to the public for the first time the Dragon v2 space capsule.

The capsule is designed to carry a crew of 7 astronauts to the International Space Station (ISS), as well as other destinations in Low Earth Orbit. Describing the craft as a “spacecraft for the 21st century” Musk was keen to point out the progress the SpaceX had been making in advancing the technology used in spaceflight.

The Dragon v2 is like something straight out of a sci-fi movie.

Like something straight out of a sci-fi movie, the spacecraft exudes a high-tech and streamlined feel. The exterior is composed of sleek lines and rounded edges, while the interior is suitably space age. It features a full glass cockpit complete with bucket seats, glowing touchscreen panels, and massive windows for future astronauts to gaze out into space.

This being said, it’s what this spacecraft can do that makes it truly revolutionary. Previous spacecraft, on return to earth would have to use parachutes to slow themselves down, before making an uncontrolled, unpredictable and rough landing, but not so with the Dragon v2. Through innovative and unique use of retro-rocket thrusters, the spacecraft can make a controlled landing anywhere on earth, with the accuracy of a helicopter. 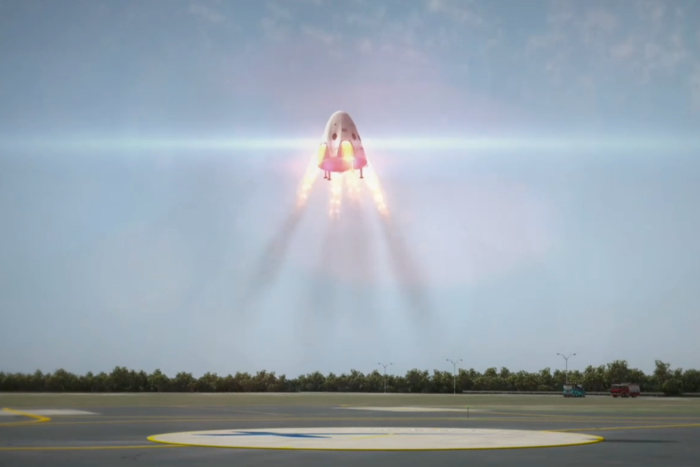 Currently, the Dragon v2 is the leading contender for a contract from NASA to take astronauts to the ISS. At the moment the US shells out over 60 million USD per seat to the Russians to take their astronauts aboard their Soyuz craft. However with tensions increasing with Russia, and possible further sanctions on the way, future cooperation is an shaky prospect.

With this in mind, SpaceX is trying to make a bold statement to NASA and the US Government that it represents a reliable American alternative to hitching a ride with the Russians. Indeed we could start seeing this craft in use sooner rather than later, with the first manned flights slated to begin in 2016.