The 6 Games That Wowed Us At E3

The next-generation games are finally coming 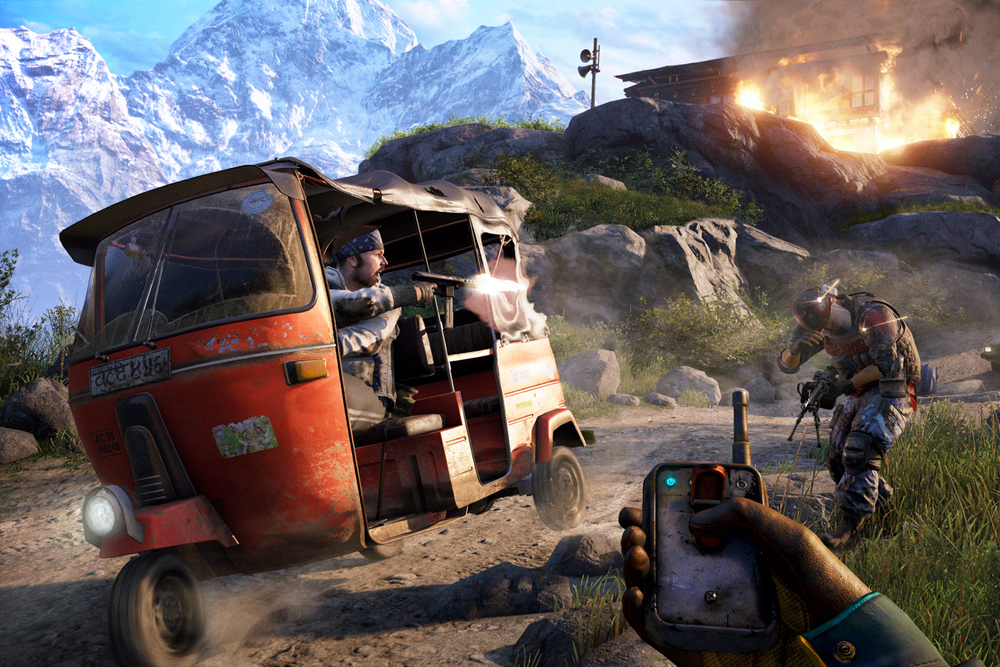 Over this weekend, Los Angeles hosted its annual E3 conference, showcasing the best in upcoming technology and computer games. As the first such conference following the release of both the PS4 and the Xbox One ‘next-generation’ gaming systems, the public was expecting to see a slew of new titles which took advantage of these new consoles, and we sure weren’t disappointed.

Check out the list below of the titles which we are most looking forward to after their big E3 announcement.

While everyone was expecting more information about the upcoming Halo 5: Guardians, which will be released in 2015, we instead were treated to news of an HD remake of Halo 2. The re-release, slated for the 10th anniversary of the launch of the game, features completely updated graphics, optimised for the Xbox One, and full multiplayer capability.

The latest offering from Ubisoft Montreal, Far Cry 4, inserts players into the fictional country of Kyrat located somewhere in the Himalayas, setting the scene for yet more violent action. Building on the environmental-interaction of previous Far Cry titles, the new game will feature a wide range of new abilities differentiating it from common first-person shooters.

By the creators of the popular Left4Dead series, comes Evolve, another squad-based multiplayer FPS. In this new title, players take the role of four human ‘hunters’ while a fifth player takes the role of a ‘monster’. The human players hunt the monster using a variety of class specific skills, while the monster hunts NPCs to ‘evolve’, gain strength, and eventually defeat the humans.

Taking us away from the pirate-infested Caribbean of AC: Black Flag, the seventh major title in the series places the player at the heart of the French Revolution. The game is expected to expand its parkour-orientated movement system, and will also allow up to four players to join a cooperative mode.

Yet another release from Ubisoft, The Division, puts players in charge of a special forces squad fighting to establish order in a post apocalyptic city. While this setting is not in any way new or unique, the tactical squad based gameplay, which allows seamless multiplayer integration has got us very excited

While the other games on this list are big-budget releases from major studios, Inside is the opposite. Created by Indie developer Playdead Studios, the game is a 2D side scrolling puzzle game, where players try to escape from a dark, dystopian prison.