The 9 Things To Expect From The New iPhone 6S

Apple has just confirmed a September 9 event that will most likely result in the announcement of the brand new Apple 6S flagship. We have several rumors to tell, but these are the most likely ones.

3. It would look practically identical to the iPhone 6 and 6 Plus, because there is not usually design changes to the S models, and it will retain the same 4.7-inch and 5.5-inch size, respectively.

4. There will be a dual-lens camera on the rear, not for 3D pictures, but for “DSLR-like” picture quality. The rear camera might also get an upgrade to 12 megapixels, and the front-facing snapper might be bumped up to 1080 pixel resolution.

5. Say good-bye to the home button, touchID is moving to the screen. These means there will be a lot more screen – thank goodness –  because 1080 pixel resolution is finally arriving!

6. Force Touch is likely to make an appearance as well, so there will be a whole new way to interact with the device.

7. Battery life may get improved a bit, but only just a bit, because iOS 9 made improvements to battery life.

8. 16GB of internal storage will be the lowest storage offering, but 64GB and 128GB models will also be available

There have been plenty of concepts made, but we will just have to sit tight until September 9 to see the real thing. 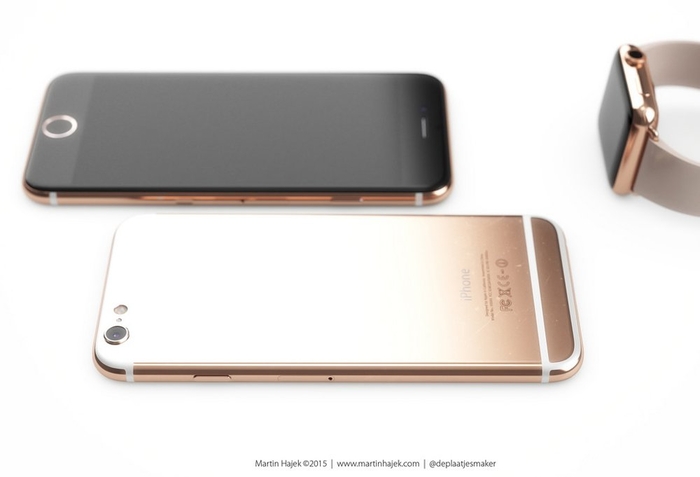