Home > News > The Biggest Secret In Space Is About To Land!

What was it doing up there?

For almost every mission sent into space, the agency behind its launch always likes to publicize its mission to the greatest possible extent. This helps not only to justify these programs’ high costs, but also to bring together scientists to analyze the data brought back. This being said, there is one craft that currently orbits the Earth, that remains an enigma…

The Boeing X37-B is a highly classified US Military space project that has many in the community puzzled. Just about the only thing we know about it is how it looks. Taking the form of a miniature space shuttle, the X37-B is carried into orbit atop an Atlas V rocket, and upon completion of its mission, can then return to Earth like a plane and land on a specialised runway.

Now after more than 600 days in space, it is returning to the planet’s surface. But what has it actually been doing up there?

To understand this, observers have looked at the capacities of the spacecraft. Firstly, it has a robotic cargo bay, which can carry concealed cargo. This would theoretically allow the US to deploy highly secretive projects in space - even weapons - in breach of the Outer Space Treaty. Additionally, while the hold may be empty on the way up, it could be used to collect objects or small satellites in space. Theoretically, it could ‘kidnap’ a foreign satellite and bring it back for study, or retrieve a ‘dead’ US spy-satellite, which would become a liability if it crashed to Earth. 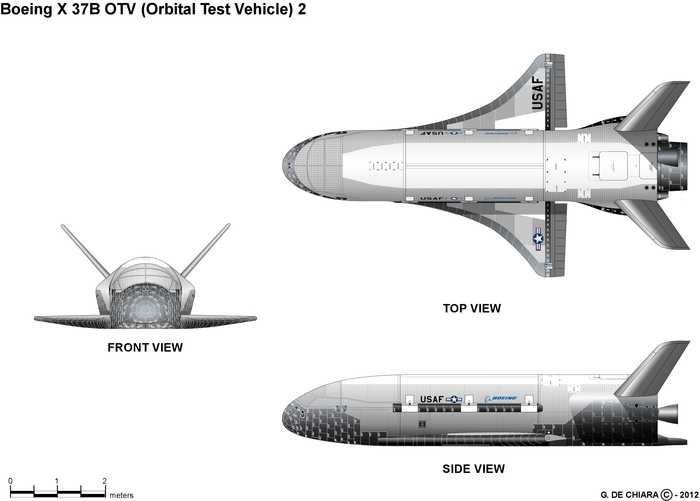 Furthermore, the spacecraft has also been tracked by ameture astronomers via telescope on the ground. These people have noticed that the X37-B has the ability to change its orbit multiple times, and easily maneuver in space. With this, many have theorised that the craft was being used by the US government to spy on Chinese equipment in space, especially the Tiangong 1 orbital laboratory.

With the craft presumably completing its mission in the coming days, it is possible we will soon find out what its been up too. More likely than not however, it will be sealed in a closed file for the decades to come. Meanwhile Boeing in reportedly building the X37 C, a new and scaled-up version of the current craft which will be launched into space in the next few years.