Home > News > The Comet Lander Is In Serious Danger!

Can it hold on?

Yesterday, the European Space Agency (ESA) made history by being the first every organisation to softly hand a probe on the surface of a comment. Information confirming this safe landing came into their mission HQ at around 16:20 GMT and was met with a large amount of jubilation and cheers. But could people have celebrated too soon?

Not long after this initial landing confirmation, scientists in control of the probe started noticing that not everything was quite right. Indicators which would have shown a stable position on the surface of the comet were showing anomalous movement. What’s worse was that they had yet to receive in positive confirmation the craft had firmly anchored itself on in the comet’s surface.

This ‘maybe landing’ was caused by the fact that the craft’s harpoons failed to fire when the lander was close to the comet’s surface. Intended to pierce into the rock or ice of the comet, these would have then been used to reel the craft into a stable position on the surface. Without them the craft was left dangerously unanchored to the surface due to the miniscule gravity of the comet. 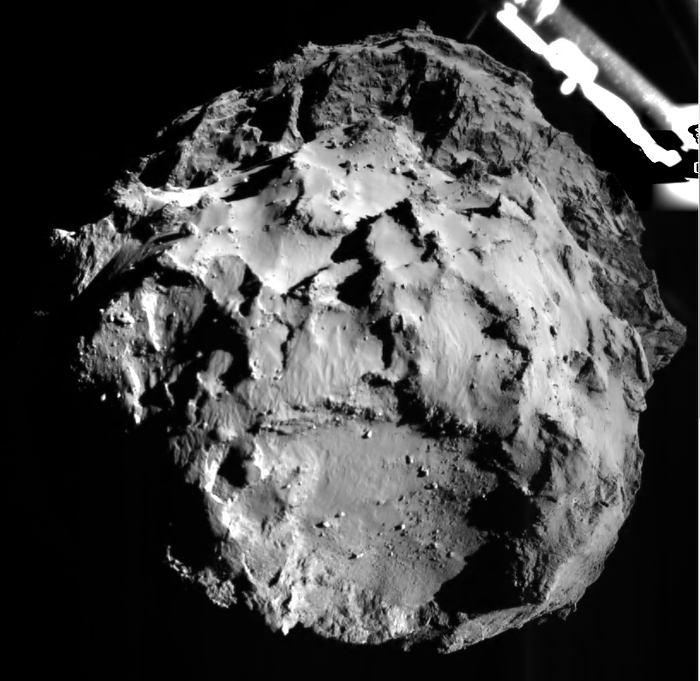 The last photo taken by the lander before touchdown. Image: © 2014 ESA

So where are we now? What we know for sure is that the probe reached the surface at least once. From there, there may have been several scenarios which could have played out. The most likely is that the probe hit the surface and then bounced off, before slowly drifting back to a more or less stable position on the surface. This has been suggested by scientists who believe that the lander, may have in fact have landed at least twice on the comet.

Regardless of what played out, without an anchor to the surface, the Philae lander is in serious trouble. Small movements of the craft, such as deploying instruments could send it flying back into space, as could shifts in the comet’s mass as it spins ever closer to the sun. Knowing this, scientists will be hoping for better news about the probe emerging in the coming hours, if the mission is to still be a success.

What If Google Earth Could Be Updated Everyday?