The First Ever Ubuntu Phone

Will finally be available in Europe this week 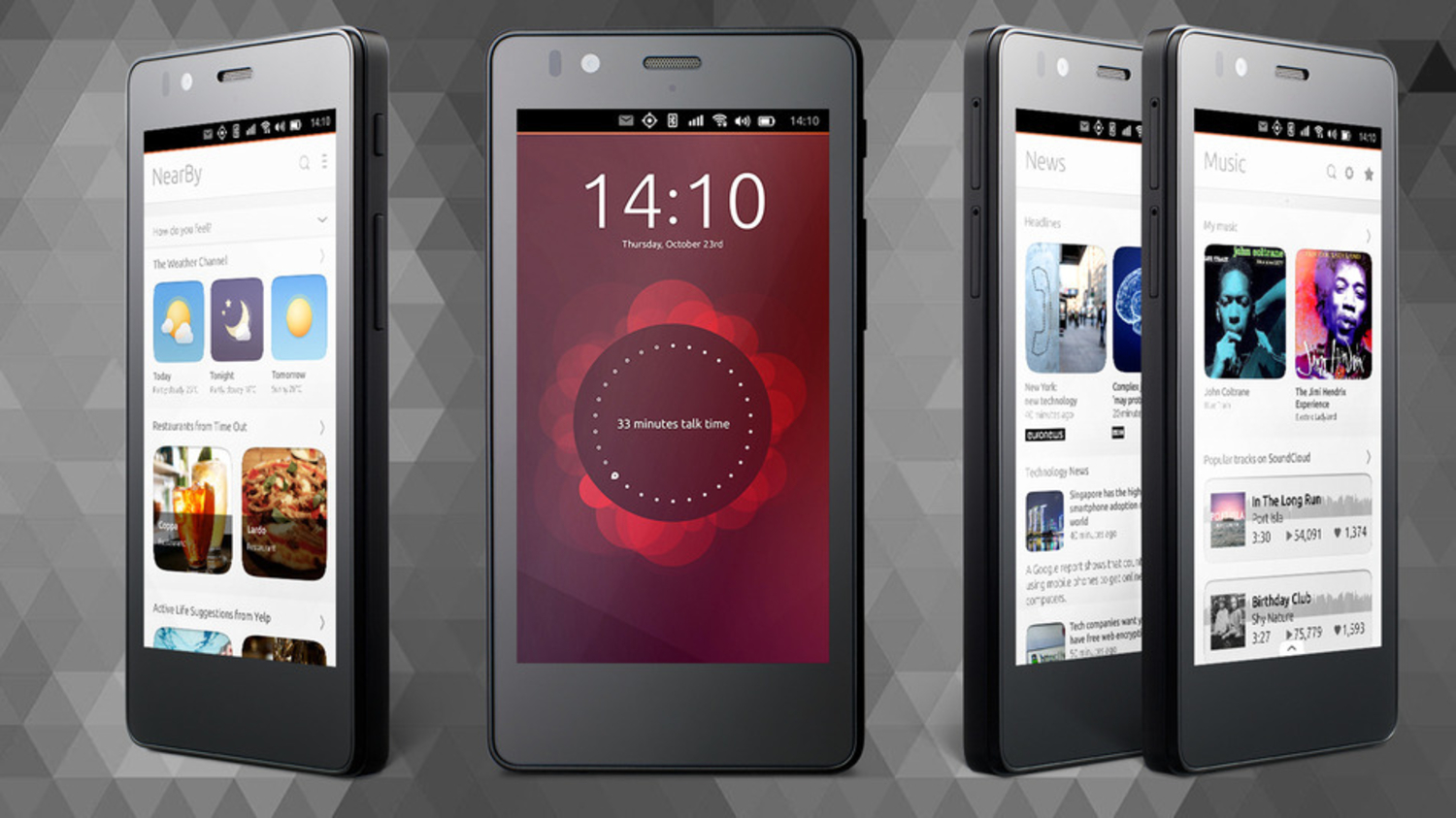 The Aquaris E4.5 Ubuntu Edition, which uses a Linux-based operating system, will arrive this week first in Europe for 169.90 euros.

The long await of the first Ubuntu phone is finally over. The Linux-based operating system that uses multiple corporate servers with arrive this week after the years of promise. The Aquaris E4.5 Ubuntu Edition will go on sale first in Europe.

Canonical, the company that heads the development of the open-source Ubuntu OS will first sell the phone on BQ.com for only 169.90 euros. Based on the price, the smartphone will be classified as low-to-midrange, but it has excellent specs for its price range.

Not only does it have a speedy 1.3GHz quad-core MediaTek processor, it is also sporting 1GB or RAM, 8GB of storage, with a full HD resolution display and an 8 megapixel rear camera.

With Windows 10 back on the rise, and with Samsung’s new partnership with Tizen, it seems that the possibilities are endless.

it’s the interface that truly stands out, with swipe-from-the-edge gestures. Users simply swipe from the top to reveal your quick settings and recent calls, and swiping from the right lets you see all your open apps, and swiping from the left shows you all your icons that scroll vertically. Users can also change apps by swiping right, with each app sliding in it’s own “card”, which is part a card-based navigation Scopes, which Canonical claims is easy to adapt a web app to the system.

Really ideal for companies that are based in Linux, this first phone is attempting to deliver a mobile experience first. It has dual SIM cards, and has opted to make an easy user experience, especially for budget-conscious consumers. It seems like a risky bet running a different operating system then Android or iOS, with the given history of BlackBerry and Windows Phones, but it seems that 2015 is the year to change all this. With Windows 10 back on the rise, and with Samsung’s new partnership with Tizen, it seems that the possibilities are endless. Especially because Ubuntu will allow users to stream corporate software, including Windows desktop apps, right to their handsets.

5 Reasons To Say No To Android 6.0 Marshmallow