Home > News > The First Of Its Kind

The First Of Its Kind 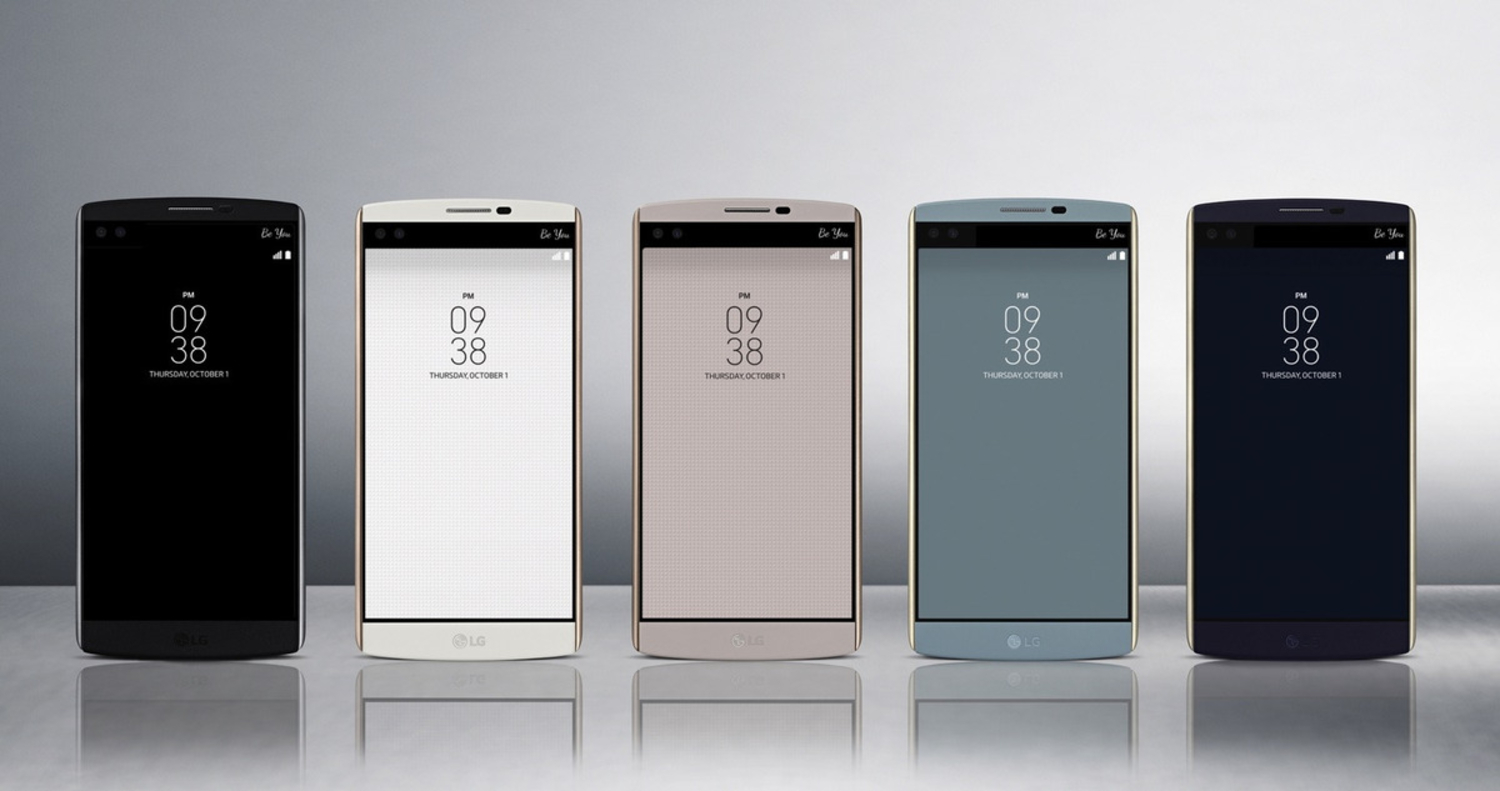 Today LG officially announced its latest flagship, the V10 phablet. This device is the first of its kind from LG, since this high-end handset comes with a secondary display. 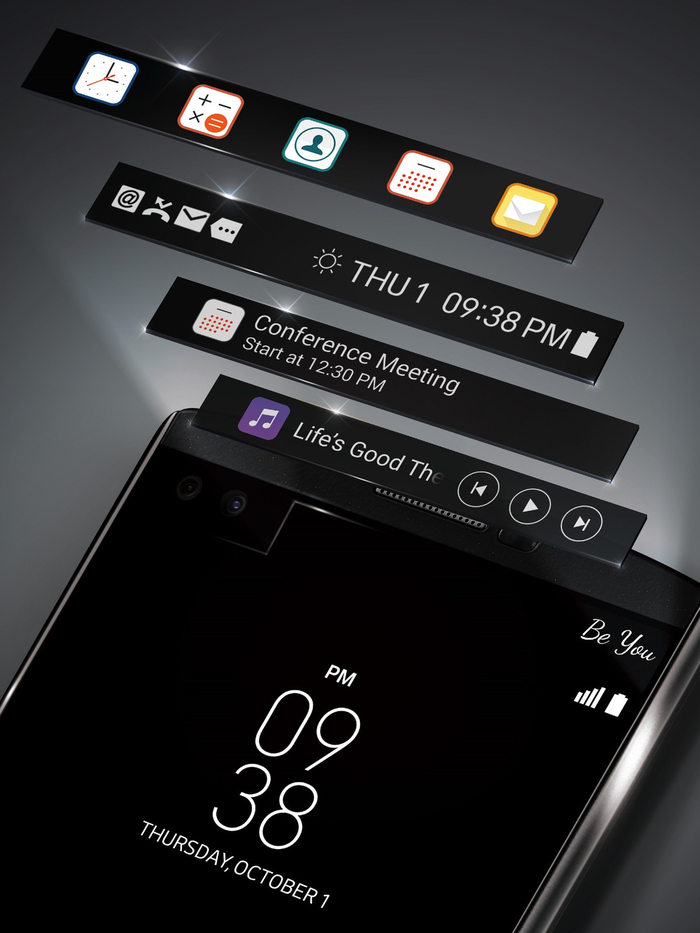 As it was heavily leaked, we knew most of the specs already. Indeed, we knew it would have a 5.7-inch screen, alongside the Korean manufacturer’s famous QHD, 1,440 x 2,560 pixels, or 515 pixels per inch. But the additional screen is 2.1-inches, with a resolution of 160 x 1,040 pixels and can display app shortcuts and other information, such as the date and time, notifications, etc.

Obviously, it has an excellent processor, Snapdragon 808 chipset, with 4GB of RAM and 64GB of internal storage that is expandable. It’s a 2015 flagship, so you bet it has a fingerprint sensor (embedded in the power button).

It has only 3,000mAh of battery, but it is removable. Also a massive disappointment, it has Android 5.1 Lollipop, even on the eve of the release of Android 6.0.

The device is also pretty unique because it has duo 5-megapixel front-facing cameras. While one of the sensors has a standard lens, the other offers a wide angle, which maximizes selfie shots.

The back sensor has a 16 megapixel unit with the same f/1.8 aperture and laser autofocus that is in the LG G4. They added some new toys, though, including manual controls. 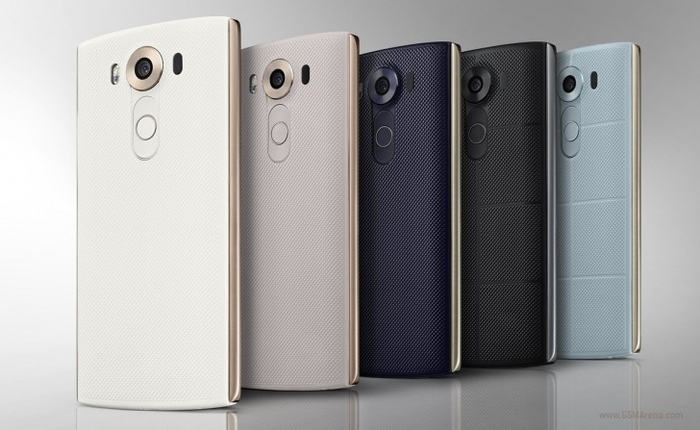 No doubt that the handset is a looker - it has a 316L stainless steel frame and a display decked out in dual-layer Gorilla Glass 4. The back is removable and is made out of a silicon-like material that’s being called Dura Skin (squishy), that is apparently made to absorb massive amounts of shock. So even though it is not a metal unibody (like all flagships should be), this has clearly been well thought out.

The V10 will be released in the US, China, and some other regions such as Asia, Latin America, and the Middle East. It will come in Space Black, Luxe White, Modern Beige, Ocean Blue and Opal Blue. It will be released first in South Korea (an obvious first choice) this month, but as for the price and availability to the rest of the world, it is still unknown.