Home > News > The Latest And Greatest From LG

LG G5 And Friends Will Give You Some Major Squad Goals 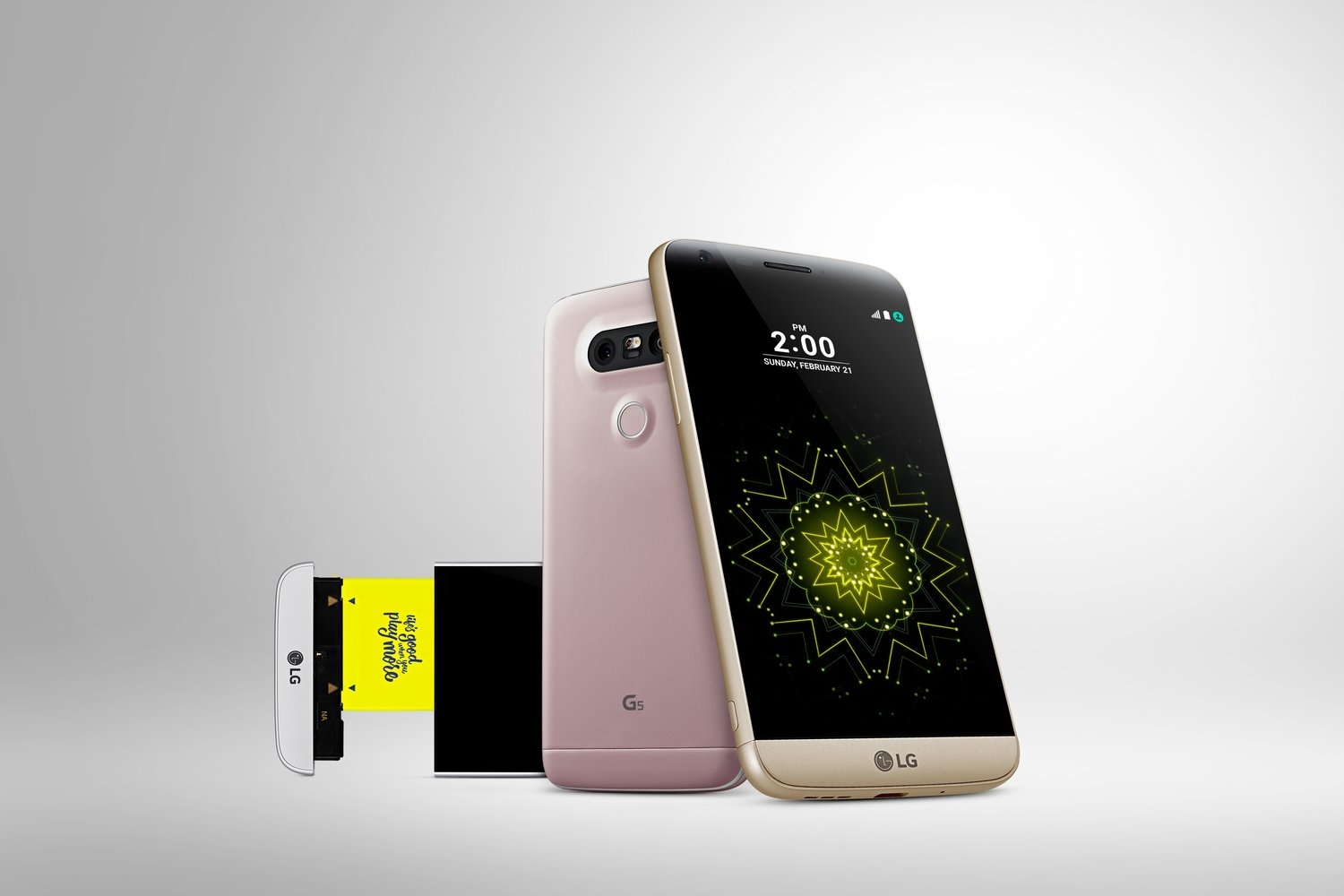 Look out mobile world the new LG G5 and Friends could give you some serious squad goals. It's LG G5 Day and for months we've waited to hear more about the specs for LG's newest flagship phone. The company didn't disappoint with a press event that had over 59,000 people tuning in for the YouTube live stream alone to see what would be revealed at the show. While there was a good bit of talking, there was a lot to talk about too. LG introduced not only the new flagship G5 but several "friends" that go along with it. LG seems to be offering a total package experience with these new accessories that will allow users to have a device that best suits their needs.

But other improvements, like the 135-degree wide-angle lens on the camera will also have customers lining up for this phone.

What's the best thing about the new LG phone? The Korean company is boasting a modular design, and in the world of smartphone technology where sacrifices must often be made between design and convenience, LG believes they have managed to combine the two. The LG G5 has a sleek, full metal uni-body but also sports the removable battery option, which, as you'll see later, gives users a lot of creative ways they can put their G5 to use. The G5 has vastly faster downloads and will utilize the Snapdragon 820 processor to give customers "blazing fast web browsing," according to Qualcomm CEO Steve Mollenkopf, who made an appearance on the LG stage.

The Always-On display will let you see the time and date, even if you need to mind your manners in a meeting. And, the best part is that is only uses 0.8% of the battery every hour. LG has also kept the microSD slot and will feature low power location estimation technology. Everything that LG has been working on seems geared towards combating one of the things that customers hate most, which is a fast-dying battery on any smartphone. With the G5, users have wireless charging options or the ability to insert another fully charged battery by pulling out the sliding drawer and replacing it.

But other improvements, like the 135 degree wide-angle lens on the camera will also have customers lining up for this phone. This concept was dispalyed in the promotional video spot that played behind the speakers and in a tag that ran after the live stream. Pretty impressive that the G5 camera has ability to capture a shot the way that our eyes really see it. Not to mention, there's the accompanying LG CAM Plus that can be attached through the battery slot that essentially turns the phone into a full on digital camera. It's simple to use and hold with just one hand. It has features like a standalone digital camera would have, such as exposure lock and intuitive auto focus. Changing the CAM Plus out with the regular battery also provides 1,200mAh more battery capacity so that it can truly be used for longer periods of time.

The LG CAM Plus can be changed with the removable battery on the G5 to function like a standalone digital camera.

LG also announced several other products like the 360 CAM, 360 VR and Tone Platinum that will be part of the LG and Friends experience. My personal favorite is the Rolling Bot which was advertised as a glorified pet sitter and cat toy. You can peek in on your pets and even let them hear your voice when you're gone. It's a companion device that is essentially a home monitoring system that allows users to remote control functions within their home while they are away. The laser for the cat to chase around is just an added bonus to the ability to be able to turn off your television or lights while you are at work or out and about.

LG has certainly put some thought into their next line of gadgets and the G5 will allow users to have a flagship phone that gives them many options. The modular style and design are going to give consumers the ability to change their phone into a camera, a high-powered music device, and even a control for drones. We have a lot to look forward to from LG and Friends!