By Nicole Billitz
Tue, 10 Mar 2015
With Mobile World Congress behind us, and Samsung Galaxy S6 and HTC One M9 out of the bag, we have now cleared the way for the newest leaks: all those regarding the LG G4.
Posted by @OnLeaks, the latest flagship from LG might change before its launch in April or May, but as of now, the LG G4 has curves. While the back is only slightly curved, its clear enough that we can all agree that curved is tech trending.
The camera lens on the image is much larger than the one on the LG G3, which boasts a 13 megapixel snapper. In fact, the newest camera lens even sticks out slightly. Aside from that, however, the design is quite similar to the G3, with a laser autofocus and dual-LED flash. The back looks like it will have a metallic effect, rather than actual metal.
Additionally, the dimensions were posted and the LG G4 will be 148.9 x 76.5 x 9.9mm, whereas the LG G3 was 146.3 x 74.6 x 8.9mm. Its larger, but the screen is 5.3-inches, which is smaller than G3. According to rumours, it also has less bezel, which makes a curious case for its size. We think its likely that there will be QHD, if not 3K display.
We’ll find out soon enough. 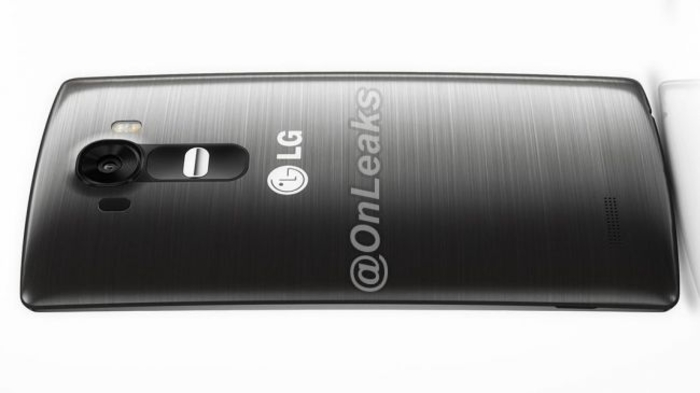