Turns out people like acting out their worst fears…

The Ebola epidemic ravaging West Africa is the worst in historic record. Thousands of people have died and tens of thousands may have already been infected. As well as this the disease has been exported to America and Europe, with limited transmission within these countries. Amongst this, the World Health Organisation and the United Nations are warning of the huge human and economic cost of this expanding outbreak.

Despite this, there is one app that is making money because of the outbreak. Popular app ‘Plague Inc.’, based off the similar browser game Pandemic 2, has reported that the number of people purchasing its game has doubled since the Ebola epidemic became front page news.  This has resulted in close to a million new people downloading the game in recent weeks. 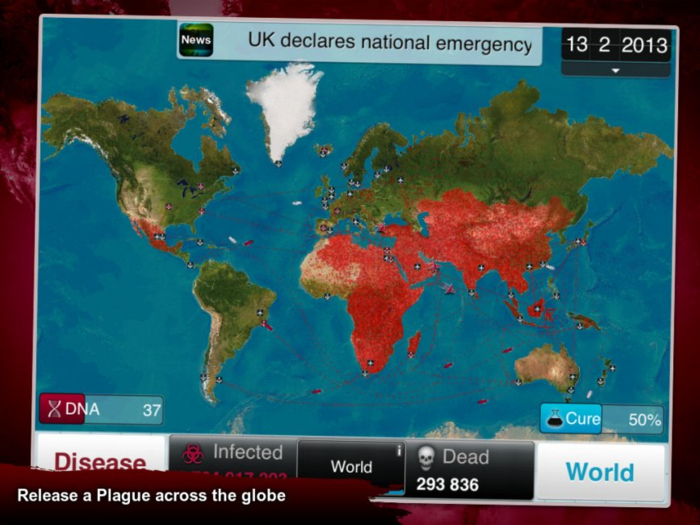 This app, built by James Vaughan, allows a user to taken the role of a disease. Once a pathogen has been chosen, a user must then try and infect more and more people, in order to gain a greater number of mutation points for their virus. With these points, the can ‘buy’ additional symptoms making their pathogen deadlier, or additional drug resistance in order to thwart global efforts to stop it. A player wins the game by infecting (and killing) everybody on Earth.

While this game is rather morbid, it is also incredibly challenging and fun. The fact that it has been gaining popularity at the moment probably can be put down to several things. Firstly, online comment threads about Ebola often devolve into humor and memes about shutting borders based of this mechanic in the game. In addition, searches for disease-related terms could often lead back to this game, making it more likely to be download. 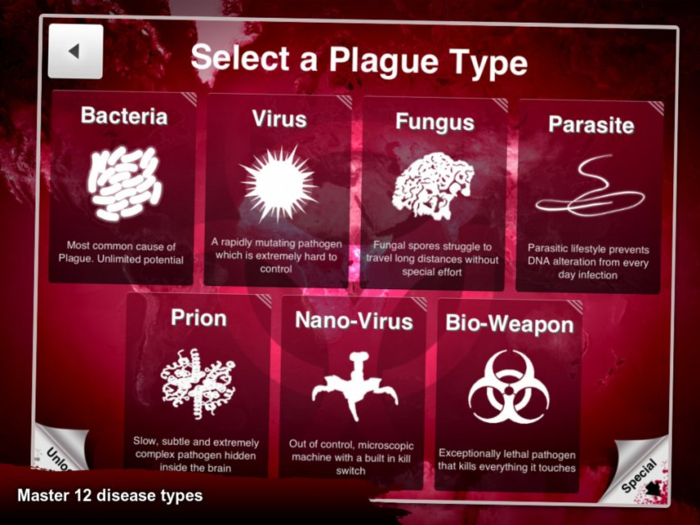 In addition, it is also possibly a demonstration of people’s psychological need to act out their worst fears in order to better overcome them. Through seeing (in a rather stylized manner) how a pandemic would spread, a user might subconsciously feel that they are better prepared to deal with a real instance of this situation. Whatever the case, the developers of Plague Inc. are happy to have one of the hottest apps this Autumn.