Surprisingly, It's Not All About Phones

Mobile World Congress sounds like it's all about smartphones and generally, the flagship reveals get the most attention in the press. Those announcements are what people have been waiting for but companies presenting at this year's event brought a lot more to the table than just phones. The future of mobile relies on the growing presence of entertainment, connectivity and the spread of the Internet so companies have gotten clever about presenting more than just phones at this annual affair. Here are 7 other gadgets and themes you might have missed.

1) Virtual Reality - Okay, so you've probably heard at least something about this one since Mark Zuckerberg took the stage at the Samsung even to talk about how important the future of VR will be for social networking. HTC revealed the much awaited Vive VR headset that will be available for $799 in April. But, they are not the only player in the game. Attendees learned from Zuck that Oculus will support the development of Samsung Gear VR and this is a partnership that could potentially keep VR prices affordable for the everyday consumer. And lets not forget LG - they brought a new headset to the congress too, although it hasn't been getting great reviews. Virtual Reality is without a doubt, the next big thing that media and tech will focus on in upcoming future.

The Gear 360 sits on a tripod but it can also fit in the palm of your hand. Source: Samsung

2) Samsung Gear 360 - Improvements on the cameras of flagship smartphones were an important focus but some brands focused on other camera experiences themselves. The Gear 360 has 30 megapixels, made up of two 15 megapixel cameras with fish eye lenses. It's lighter, shorter, and thinner and is compatible with Android. It's weather sealed, can create panoramas in-camera and has a timelapse function. It has the 802.11ac WiFi connection and the gyroscope which lets the camera measure and maintain the orientation of the device. Capturing 360 degree video and still images is simple and easily accomplished with the Galaxy S7 and Galaxy S7 Edge.

3) LG Rolling Bot - So the Rolling Bot is kind of a camera too, but it's purpose is different than the Gear 360. Part home monitoring system, part cat toy, this little robot has multiple uses. Using your LG G5, you can peek in on what's going on around your home when you're away and using the power of WiFi, you can complete some tasks you may have forgotten do to before you left. The Rolling Bot can function as a remote control for connected appliances and allow you to turn off lights or live-stream whatever Fluffy might be doing right now with its 8 megapixel camera. It captures video and photos but one of the most fun things about this little bot may be the laser pointer that it also comes equipped with that gives you an easy way to interact with your pet while you're having lunch at your desk.

The Cat s60 has integrated thermal technology and is waterproof. Source: CAT

4) CAT s60 - Alright so this gadget is technically a mobile phone but it's designed for wear and tear and is one of the world's first smartphones with thermal technology. The CAT s60 is unique because it is waterproof and with 3800mAh battery power, it's ahead of the rest. The tough and rugged phone can handle being submerged in 5 meters of water for an hour and the 13 megapixel camera function can be used under water. The built in FLIR thermal imaging camera can detect heat loss or if there is overheating occurring somewhere - think on a construction site for an electrician - and allow the user to immediately locate this. It's made to survive tough conditions, but it's also kind of cool to use the technology in your home too.

5) Lenovo Yoga Tablets - Lenovo presented a whopping 9 new devices at MWC this year and while they're not exactly challenging industry leaders, they are more affordable and have some unique characteristics. The Yoga Tablet 10 comes in the 14 inch model and the 11 inch model, that both feature the convenient hinge design. The tablets run on Windows with promises of better WiFi connections and durability with the light weight device. They also released the MIIX 310 tht will be priced at $229 in June. 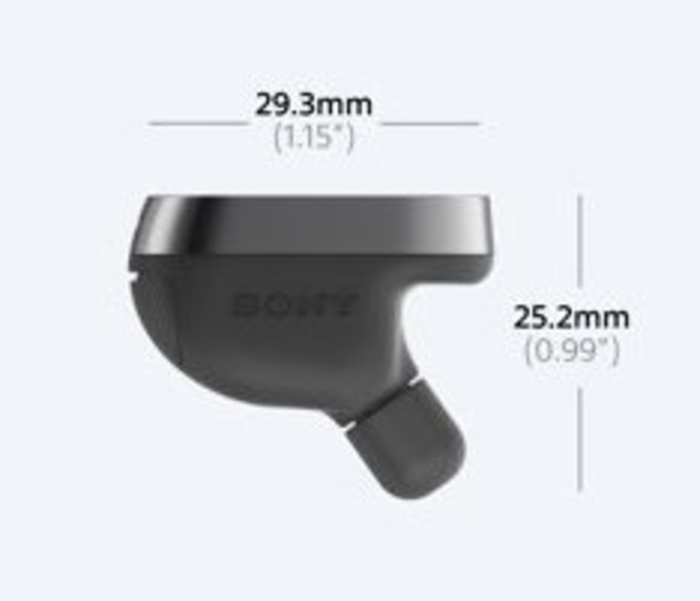 The Xperia Ear weighs only 6g so you can wear it all day. Source: Sony

6) Sony Xperia Concepts - Sony took some harsh criticism for their latest Xperia X series phones and it we no know that the Xperia Z line of phones will stop with the Xperia Z5 and that there will be no future Z6. What Sony did at MWC was to present concepts for some future gadgets that had people intrigued. This event is as much about presenting new ideas as it is unveiling what companies have been working on. The Xperia Ear would function as a smart assistant with soft silicon earbuds that are wearable with the all day battery life. By using voice commands, you can make calls, send messages and use the navigation, but the hands-free device can also provide you with notifications for the weather, messages you've received and upcoming events. They also presented the Xperia Eye 3D camera wearable, the Xperia Projector that essentially turns any surface into a touch screen that you can interact with, and the Xperia Agent which seems to be a version of the previous three devices combined. Only the Xperia Ear has a summer release date without further details of pricing and markets.

7) 5G Networks - The future of mobile stretches beyond smartphones and the tech industry knows that in order to encourage growth for the usage of products, they'll have to increase the usage of the internet worldwide. Amazingly, not everyone in the world has Internet, and we're not just talking in third world countries. Almost 4 billion people are still not online. Companies like Google are constantly working to change this but it creates a goal and room to grow for Internet companies who will want to boast the biggest and best networks possible. 4G is great for streaming videos and entertainment, but as we integrate the Internet into professional settings like healthcare, it's even more important to have networks with zero lag time. 5G will develop over the next several years along with designs for devices that will be able to support its higher speeds. It will leave more room for innovation in the technology sector for services and products.

As you can see, there's a lot going on at MWC and it has to do with phones, getting people connected, and of course, keeping them entertained. The congress will wrap up on Thursday the 25th and we'll continue to watch for the shipping and release dates of the products that have been showcased this week.