While many of the far-out technologies from the sci-fi books and films of 50 years ago are now commonplace in our homes and around our cities, there is one thing which were were promised, but have yet to see: flying cars. Promising to act as both a solution to gridlock and a way to get from distant locations at greater speed, these vehicles have huge promise, but the technology to make them happen just didn't exist.

Now, a group of engineers lead by Slovak auto-designer Štefan Klein, might have just changed all that. For the last two decades they have been working on the Aeromobil, a vehicle that can both drive like a car on a normal street, as well as fly light an ultralight aeroplane. Just days ago, the final production-ready version of this vehicle, called the Aeromobil 3 was for this first time ever, debuted at the Pioneers Festival in Vienna, Austria. 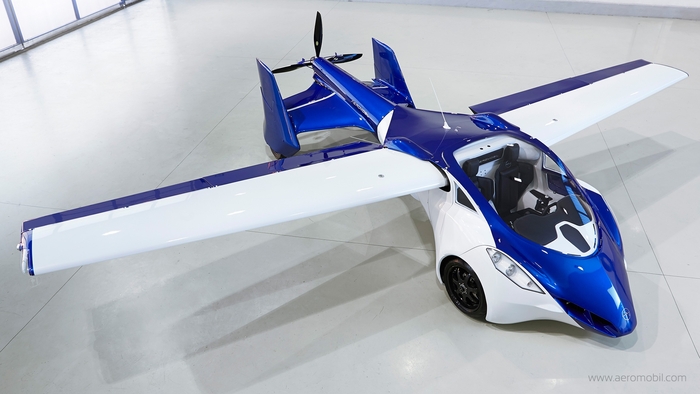 The Aeromobil 3 itself features a standard petrol motor, able to drive the car when it is on the road, with the car able to reach a top driving speed of 160km/h. Then in order to take flight, wings fold out from the back of the vehicle and a rear propeller powers the craft enabling a top flight speed of 200km/h/ while in the air.

Check out this amazing vehicle leave its hangover, drive along a standard road, and then amazingly take to the skies like an aeroplane! This is something that has to be seen to be believed…