Home > News > This Is Google's Answer To The Surface

This Is Google's Answer To The Surface

If one thing is clear from the latest Nexus releases, it is that manufacturers need to go big, or go home. This is certainly the trend when it comes to Google’s latest tablet, the Nexus 9. Built in collaboration with HTC, this is no low-end, or even middle-of-the-market device. Rather it is a high-powered productivity focused tablet, with an eye for beating Microsoft, and to a lesser extent Apple in the large enterprise market.

Under the hood, the tablet is definitely packing a punch. Primarily, it is powered by an advanced 64 bit Tegra K1 processor and an ample 2GB of RAM. The battery is also more than enough, with the 6700mAh pack similar to that of other high end devices like the iPad Air. The display, coming in at 2046x1536 pixels in a 4:3 ratio on a 8.9 screen offers a pixel density of 281ppi. 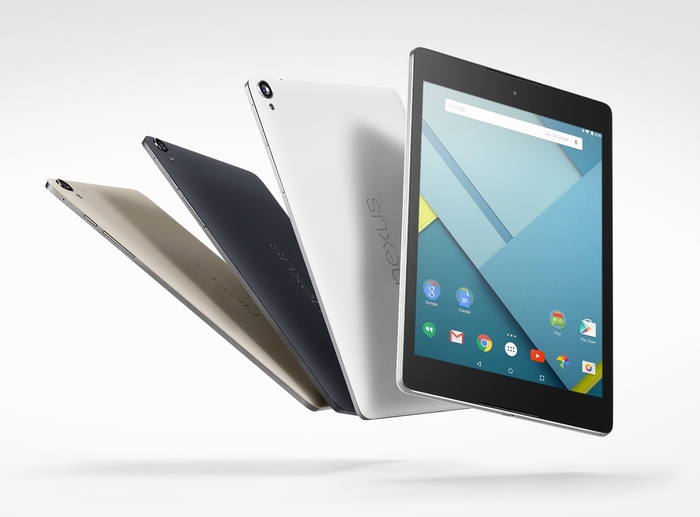 As well as fully packed internals, the form of the device shows HTC has clearly understood that attention needs to be paid to design. The tablet is surrounded by a band of brushed aluminium, and comes in a selection of 3 colours: black, white or tan. Measuring in at just 7.9mm thick, and weighing around 425g, it is easy to hold in one hand. In addition, the tablet features HTC’s signature BoomSound stereo speakers, enabling the tablet to deliver brilliant audio quality without the need for peripheral speakers.

What makes this tablet interesting however, more than its specs, is its positioning and peripherals. Within the crowded Android tablet market, the device is being marketed towards productivity-focused users. As part of this, Google is selling a magnetically attached keyboard cover as an official Nexus 9 peripheral, which also doubles as a stand for the tablet. This is likely intentionally based off the touch and type covers for the new Surface Pro 3. Furthermore, the tablet’s 4:3 screen ratio makes it much better for productive activities such as editing documents and reviewing text. 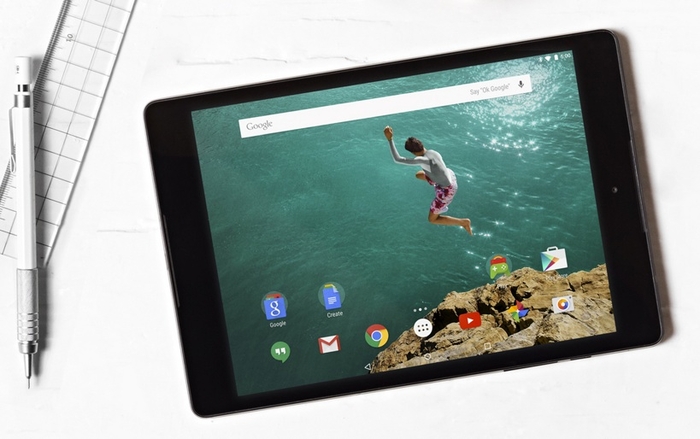 Whether or not the Nexus 9 can hold its own against the Surface Pro and the forthcoming iPad Air 2 however is another question. Certainly, at $399, the device is significantly cheaper than the competition and the new Android L software is an additional sweetener, however this may not be enough. Competing devices have the power of both strong brand names (Apple) and a huge number of productivity apps and programs (Microsoft). For Google to succeed in establishing themselves in this market, they will need both strong marketing, and perhaps, and even cheaper price.