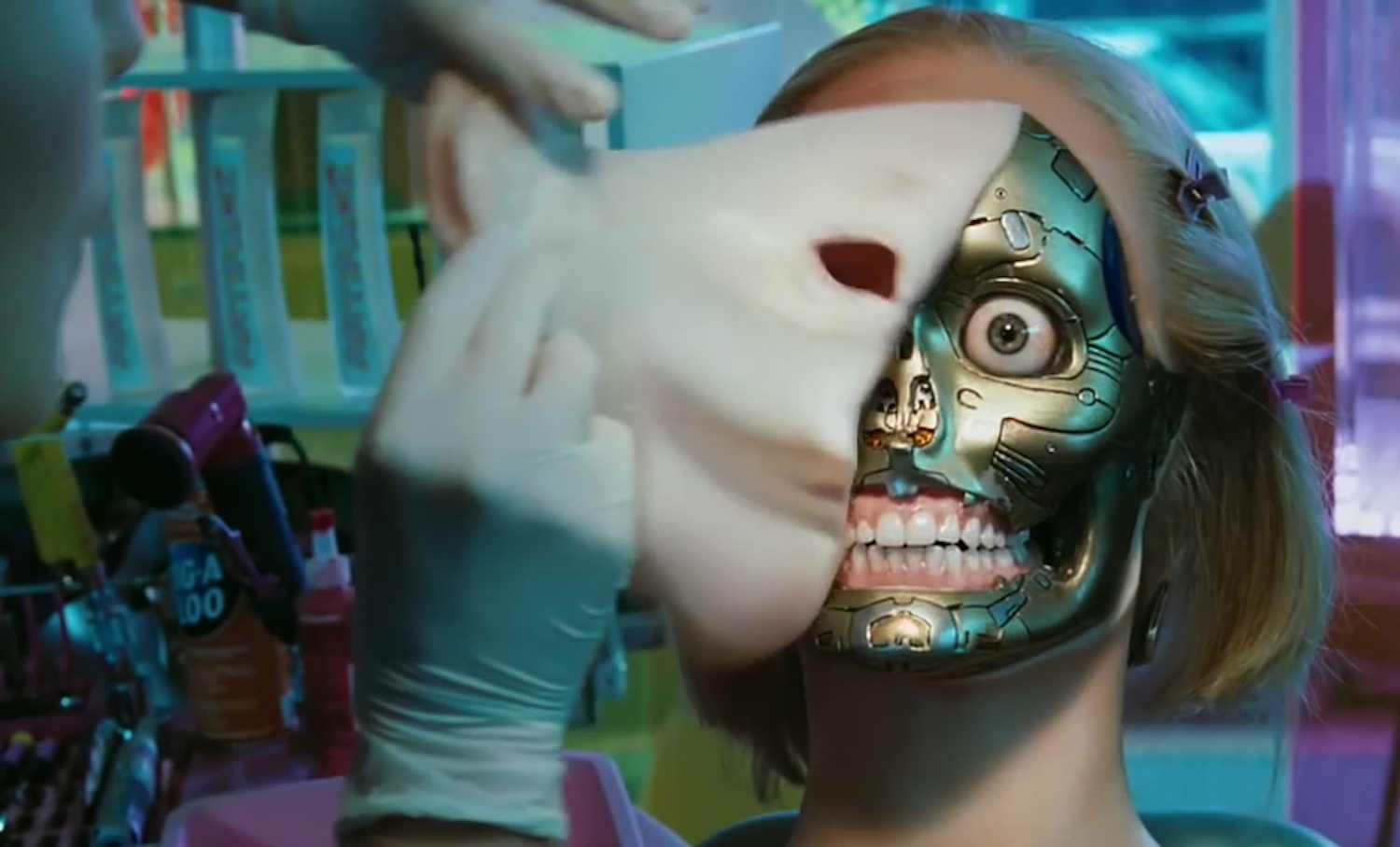 We all love sci-fi movies. No matter what your age is, your gender, or your race, we are all fascinated of where science fiction takes humanity, into a whole new world. These movies give us a glimpse of what the world would look like after 10-20 years from now. What will be the world’s condition? Will aliens over take us? What would our fashion look like? Will we be wearing metallic cones on our heads? But the thing that intrigues us the most is the advancement of technology depicted in a sci-fi movie, and some of it already exists today. Here are the top 5 futuristic movies that are so possible to happen, it’s terrifying.

If you have seen this movie then perhaps you remember a scene where John Anderton, played by Tom Cruise, gets a quick eye scan inside a department store and receives a personalized shopping experience. He was trying to hide, but the billboards that lined the walls made it impossible as they were screaming his name at every turn. So imagine if this is how we shop right now.

You might be in doubt about the possibility of this happening. Is it too bizarre to transpire? Well you’re wrong, because big companies such as Panasonic are already trying to adapt this technology. Their idea is that a person will walk into a store and a Panasonic display would show personalized ads that are tailored to you, or simply ask how was your last purchase last week, just like in the Minority Report movie. Now that’s pretty creepy.

We are all excited about these virtual reality headgears that everyone is talking about. The idea of being in another world is just too cool! But if you’ve seen the movie Surrogates, then you’d probably think differently.

What makes our hair stand is how the movie portrays our society being isolated in our own homes and interact only through surrogate robots. The movie shows how people are laying on what looks like death beds, looking fat, dirty and old while wearing a headgear that looks pretty much like a more modified version of Virtual Reality Gears that exists today. These headgears are used to control these surrogates, so that people can ‘live’ their dream lives. Yes, this might be awesome because you may never have to lift a finger ever again, but if a headgear-wearing zombie is your definition of living, then this just might be your kind of future.

Unless you’ve been living under a rock, you would know what this movie is all about. Needless to say, this is one of the most iconic movies of all time. It was one of the first popular futuristic movies during the 90’s and everybody talked about it. And everybody began to remember this movie again because of one particular technology that was designed last 2015. Yes, you guessed it. It’s the hover board! The only thing that really disappointed BTTF (Back To The Future) fans is that the hover board that we know today doesn’t really hover. But hey, there’s always room for improvement.

However, Nike wanted to make up for the fans displeasure by bringing us back to the future with their new self-lacing shoes! It’s called the HyperAdapt 1.0 and it might not look exactly like what Marty Mcfly wore in the movie but it sure does the job.

Compared to the first three movies that were mentioned, Robot and Frank is not a blockbuster, but is definitely a must see. To summarize the plot, Frank is an old veteran and his kids has decided to get him a robot helper, which everyone already has. Frank hates the thing, he thinks it’s useless or rather, makes him feel useless. The robot is very thoughtful of Frank, almost as if it has a mind of its own. Until one day, they started bond through Frank's old hobby.

It is a heartfelt story and we guarantee that this movie will roll tears down your cheek, but can this really happen? Can robots develop feelings? It was reported that Hilton Hotel is already using a robotic receptionist to greet its guest at their lobby, which is really fascinating. But we’re still confused on how to feel once these robots begin to express empathy. What if they feel anger? Will they melt us with laser beam eyes? We hope not.

Now this might be a little strange. The movie ‘Her’ tells a story of a man who falls deeply in love with his operating system named Samantha. What’s creepy is that the operating system develops an entity of its own. The operating system tells Theodore, played by Joaquin Phoenix, about her thoughts, feelings and even her dreams.

You might be wondering how a man can find human connection with an operating system? Seems impossible? We think not. Apple’s Siri and other operating systems today are beginning to get smarter and smarter, and pretty soon, developers can find a way to make those operating systems have their own personality, maybe even preferring our choice. And because our society is already physically detached from the real world, what if we find true love in a certain technology?