Home > News > Toyota’s Car Of The Future Is Confirmed

Toyota’s Car Of The Future Is Confirmed

Should Tesla be worried?

Lots has been talked about Tesla Motor’s move in recent months to release some of its patents, in order to kick start an electric car charging network. While this has been happening however, another automotive giant has been laying out its own plans for the future of automobiles.

Japanese auto giant Toyota has announced a release date for its first ever fuel cell car, promising that it will herald the beginning of the “next 100 years” of the car. The vehicle itself uses a hydrogen fuel cell to produce electricity by converting hydrogen gas to water, which then powers a standard electric motor. 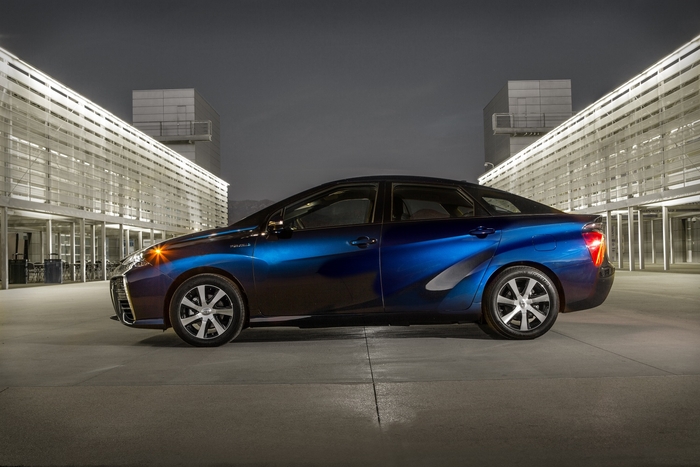 Called the Toyota Mirai (Japanese for future) the car will reportedly be available to consumers in the US from 2016. Accompanying this release, Toyota will begin the construction of a network of hydrogen refuelling stations across the US, starting on the East Coast around New York, before also expanding into the West Coast.

The cars themselves have a reported 300 mile range on a single tank, something which must have electric vehicle competitor Tesla worried. Both companies are involved in a technological struggle for the future of the automobile, and while Tesla’s cars are more efficient due to their onboard batteries, their maximum range (and recharge time) is also limited by this same tech.

In the next 10 years or so, it is likely that only one of these technologies will see widespread adoption, however, as yet the battle is only beginning. Needless to say the future of the automobile will be very high tech, and highly interesting.