Home > News > Transformers Live Among Us

Transformers Live Among Us 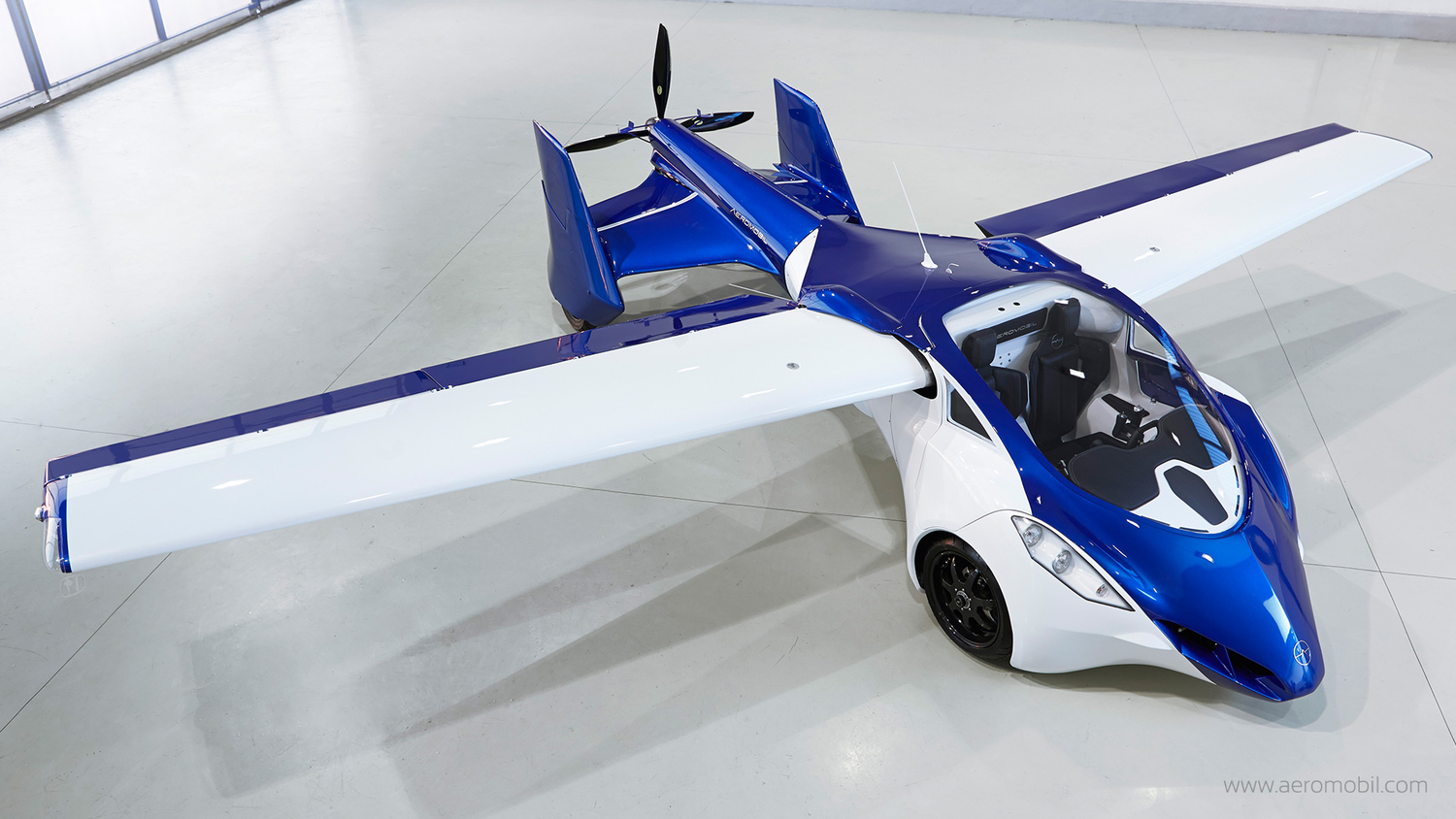 15 years into the new millennium and we are finally starting to see the stuff that sci-fi used to dream. Handheld computers, virtual reality headsets, 3D printing, and finally, flying cars.

A group of engineers lead by Slovak auto-designer Štefan Klein have revolutionized the auto industry. Since 1989 they have been working on a design that would drive like a car on a street, and fly like a small aeroplane. The latest company model, the Aeromobil 3 made its debut at the Pioneers Festival in Vienna, Austria.

Featuring a four-cyclinder Rotax 912 light airplane engine, it generates around 100-horsepower on the road and in the air. On the road, it tops out somewhere around 99mph, and gets a surprisingly decent 30 miles to the gallon.

But then, the wings stretch out and transform the vehicle into an airplane. The rear mounted propeller keeps the two seater in flight, and it can catch an airspeed of up to 124mph. It needs to maintain about 37mph to keep it in flight and needs a take off speed of 81mph, though.

With current regulations, the Aeromobil could only ever take off and land at an airport. The 3.0 model is unlikely to go for sale any time soon. Aeromobil is currently getting their certifications and undergoing a series of tests, as well as using the latest model for marketing purposes at trade and auto shows.

Check out the video below to watch it fly!